The second issue of The Midas Flesh continues the treacherous work of world building while moving the plot forward. Joey, Fatty, and Cooper (the Utah Raptor) discover the source of the mysterious golden planet. The Federation take their place more solidly as the story’s antagonist, simultaneously better defining the crew as rebels with very personal causes. Though the larger conflict’s scope still remains opaque, the stakes are clearly defined: both the crew and the Federation believe Midas to be a powerful weapon, endangering life across the galaxies. Issue #2 does a great job of expanding the world of The Midas Flesh, albeit in fits and starts. 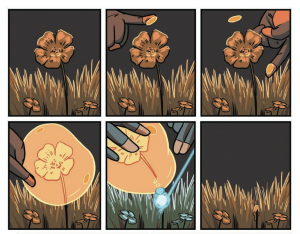 The story picks up directly after the cliffhanger of the last episode with a beautiful example of visual exposition as a single flower is plucked from the planet’s surface. Some banter later, the crew discovers that items taken off the planet don’t transmit their deadly golden properties, but they discover the supposed weapon they’ve been looking for is actually King Midas, the only thing that hasn’t turned to gold. Unfortunately, the Federation has also discovered them. When they take off, apparently with Midas in tow, they might be handing the most dangerous ‘weapon’ in the universe to the hated Federation.

Midas Flesh still spends much too much of its time explaining things. When it detours into the ship’s tech especially, it slows down the story. There’s always the chance that knowing Captain Joey lied to upgrade the lasers might pay off, but it would pay off just as much with less information. More welcome is a flashback for Cooper the raptor that gives more depth to the character’s motives and the world Midas Flesh inhabits. A planet of intelligent dinosaurs is the kind of fun this book needs to keep going. 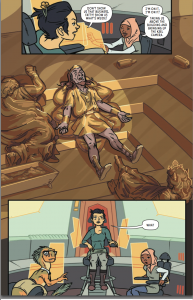 Clunkiness aside, Midas Flesh #2 builds on the first issue well, creating a larger conflict that should parallel nicely with the Midas fable at its core. The art continues to do an excellent job finding the equilibrium between rip-roaring space adventure, myth come to life and the threat of galactic extinction. Exposition may slow down the pace of this space adventure, but raising the stakes and fleshing out its characters, this issue moves Midas Flesh further in the right direction. 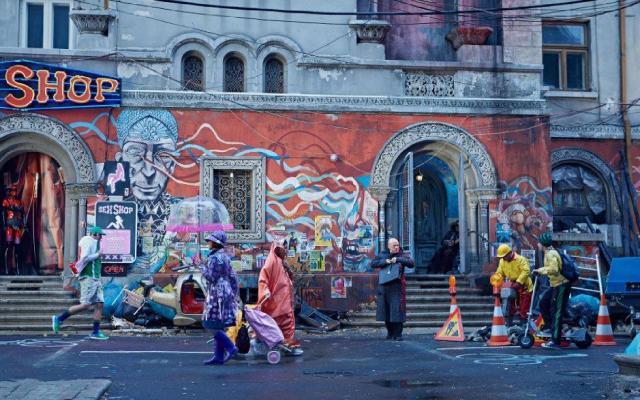 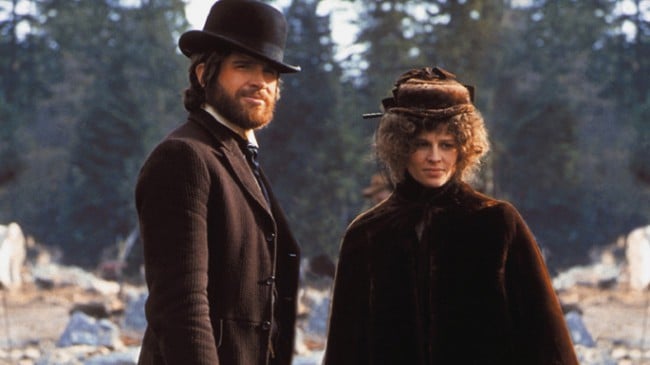