Maze Runner was directed by Wes Ball and features a handful of younger actors such as Dylan O’Brien, Kaya Scodelario, Will Poulter, and Thomas Brodie-Sangster. The plot centers around a handful of teens living in a Glade within a giant maze. None of the kids have any idea how they got there or what lies beyond the maze, but they’ve split into distinct groups in order to survive.

Alongside farmers and crafters, a group of boys known as ‘Runners’ spends their days running through the maze and charting what they find in order to discover a way out. When Thomas (Dylan O’Brien) arrives he begins to shake things up by challenging the way things are done, ultimately culminating in figuring out how to escape and discovering why they were in there in the first place.

The Maze Runner is a three-part movie series based on a YA sci-fi book series of the same name. The series scratches that dystopian sci-fi itch without being too dreary, although it has a family-friendly attitude about it that reminds me of similar movies such as Divergent, The Hunger Games, and The Mortal Instruments: City Of Bones.

Although there are five books and several prequels available, at this time there are no plans to continue making movies so if you find yourself thirsting for something similar to watch after finishing the trilogy then read on. 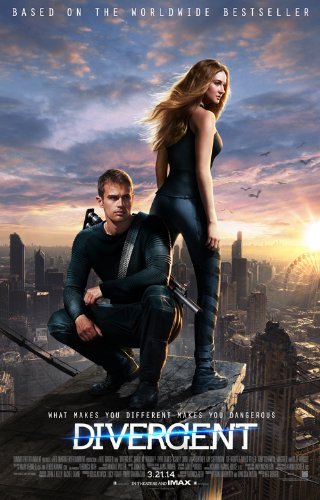 The Divergent trilogy is also based on a dystopian future, similar to the initial setting of Maze Runner. People within this post-apocalyptic setting of Chicago are divided into one of several factions based on human virtues and morals. If it is discovered that you are Divergent and therefore will not fit into any of the factions you are labeled as a threat to society.

Our main character, Beatrice (Shailene Woodley) discovers that she is Divergent during her aptitude test at age 16, which is done to determine where each person would fit in best, although they are allowed to choose freely where they want to go. Even though Beatrice chooses to go into the Dauntless faction she falls into a series of events that leads her to discover that the perfect society that she’s lived in her entire life isn’t entirely what it seems. 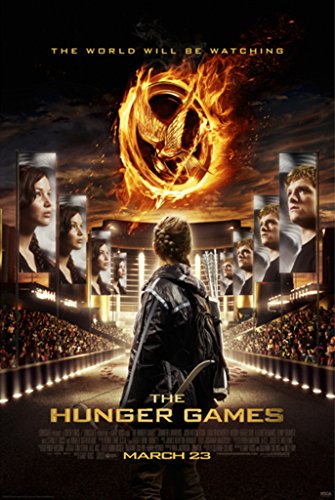 Katniss Everdeen (Jennifer Lawrence)volunteers as a tribute in order to save her sister from the Hunger Games, which is a nationally televised event featuring both a male and female tribute from all 12 districts of the nation. The goal is to be the last child standing and bring honor and glory to the district you hail from. During the games, Katniss has to act quickly and outwit her opponents, or else she will die. 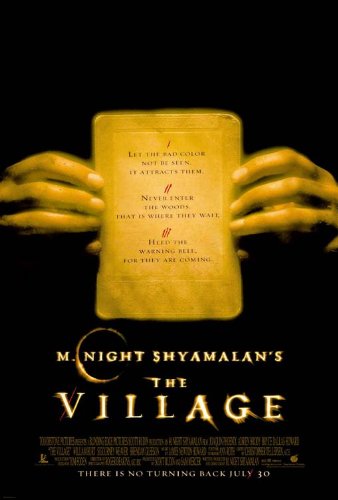 The Village is different than other movies on the list in that it isn’t based on a young adult book series and isn’t listed as post-apocalyptic sci-fi. What similarities it shares with The Maze Runner lies in the twist found at the end, so if you don’t mind a little mild scariness then you might enjoy the movie. The plot is centered around a 19th-century village in Pennsylvania that lives in fear of creatures in the woods known only as “those we don’t speak of”.

They have barriers around their little village and rotate watchmen nightly to ensure that the creatures don’t get in and harm anyone. When an unfortunate event occurs that leaves her beau wounded, Ivy Walker (played by Bryce Dallas Howard) is sent on a mission to travel through the forest and out the other side in order to get medicine that will save her fiance’s life. 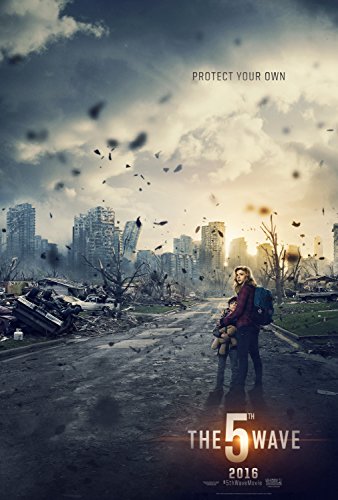 A giant alien spaceship is circling Earth and begins unleashing different waves in order to cripple humanity and take over the world. After surviving 4 waves of devastation, Cassie (Chloe Grace Mortez)her brother and her father are hiding out with about 300 other survivors when they are discovered and separated. After watching her father be killed and finding herself separated from her brother Sam, Chloe has to rely on help from a stranger and her own hope in order to be reunited with her brother. 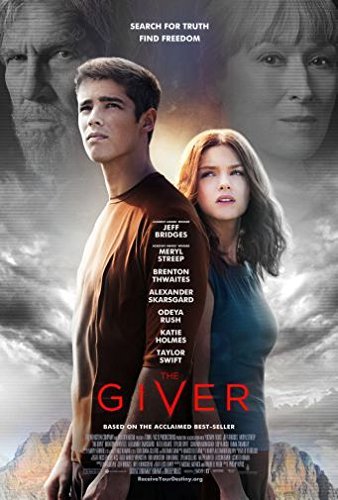 A young boy named Jonas (Brenton Thwaites) learns that he is the protege of the Receiver of Memories. His society lives in a bland, but happy society that knows nothing of pain, envy, or love. As he begins to discover that the world around him is nothing like it seems, Jonas gets himself in trouble by going against the grain, ultimately deciding that the life everyone else was living was a mere shell of what they deserve. 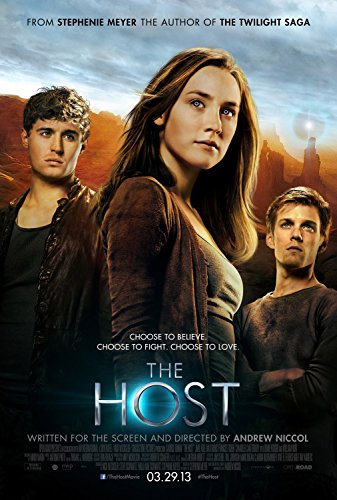 Based on the book by Stephenie Meyer, The Host is a sci-fi thriller based around a young woman named Melanie (Saoirse Ronan) who has been captured by the aliens that have taken over the Earth. Melanie is infused with a ‘Soul’, which is a parasitic alien that suppresses human consciousness and takes control of their body, and the struggle to keep secret the location of the Earth’s remaining humans begins. 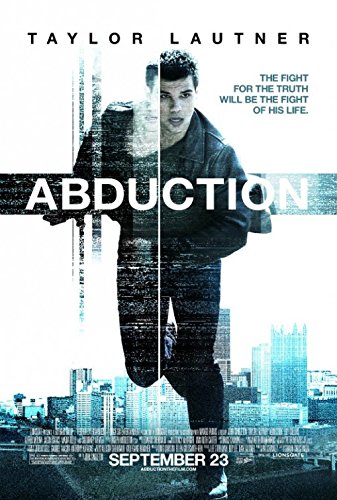 Nathan Harper (Taylor) discovers an age-progression photo of a missing child while doing a research project for school. Upon asking his mother and discovering that he was, in fact, adopted, his life is thrown into chaos as strangers arrive and attack the family. Before long the CIA is involved and Nathan’s left not knowing who he can trust as he tries to survive while putting together the pieces of his forgotten past.

I am number four 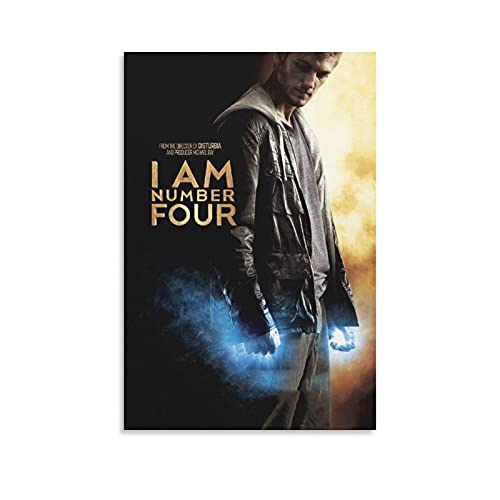 John Smith (Alex Pettyfer) is one of nine aliens from the planet Lorien that have been sent to Earth as a child in order to escape another alien race that destroyed their home planet. He is protected by a guardian and has developed powers over time. When the Mogadorians travel down to Earth and begin systematically killing the Lorien children, John and his guardian have to go on the run or risk certain doom. 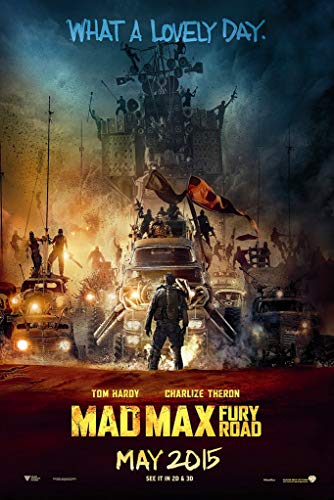 After society collapses due to constant wars over resources, a survivor named Max (Tom Hardy)finds himself imprisoned by the War Boys. He becomes the designated ‘blood bag’ for a sick member of the gang named Nux and ends up having to ride into battle while being strapped to Nux’s car. The battle over gasoline and ammo rages on, with Max having to save Nux and aid in the War Boys’ efforts. 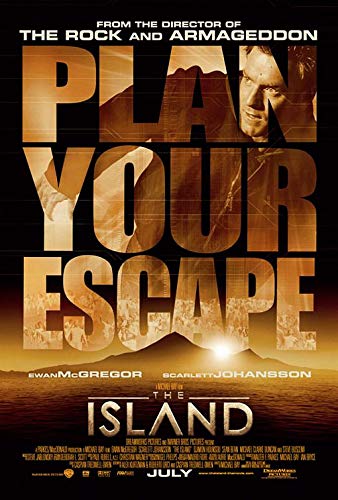 Set in the far-off future of 2019 (ha-ha), Lincoln Six Echo (Ewan McGregor) and Jordan Two Delta (Scarlett Johansson) live in a community with a set of very strict rules. They’ve been told that the outside world is too contaminated to support life and that their ideal living situation is a place called The Island. A lottery decides which resident gets to go to The Island every week.

Lincoln has been having dreams that aren’t his own and is put under observation by a scientist who helps run the compound. Things begin to unravel for Lincoln after discovering a live moth, leading him to the assumption that life outside the compound isn’t as contaminated as they’ve all been lead to believe. 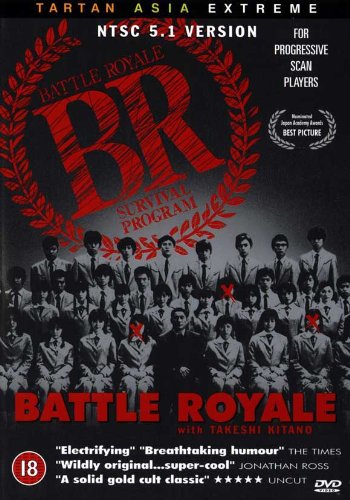 This film drew such controversy that it’s been banned or excluded from distribution in several countries. A group of Jr. high students is forced to fight to the death by the Japanese totalitarian government. This fight is allowed because of a law called the ‘BR ACT’ which was designed to help curb the nation’s rising juvenile delinquency.

Shuya Nanahara’s (Tatsuya Fujiwara) class is on a field trip, but they are gassed and taken away to a remote island. Their teacher informs them that their class had been chosen to participate in the annual Battle Royale as a result of the Act. 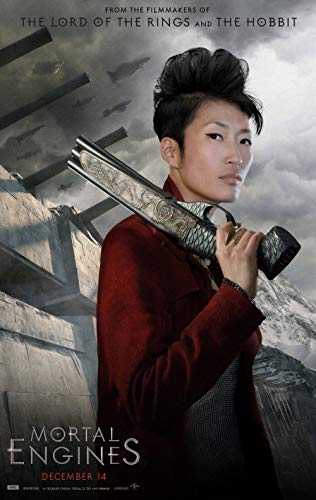 Awards Won: An award from the Visual Effects Society

This steampunk fantasy is based on a novel of the same name and set in a world where entire cities have been built on chassis and motorized. Larger cities hunt and capture smaller settlements in an area of land known as the ‘Great Hunting Ground’. A massive wall in Asia protects other settlements that choose to live on the ground instead of wheels.

When the City of London reels in their latest capture, a small Bavarian mining town called Salzhaken, they are unaware that they’ve brought in a masked assassin who is after the Thaddeus Valentine, Head of the Guild of Historians, and the man who killed her mother.

The Mortal Instruments: City of Bones 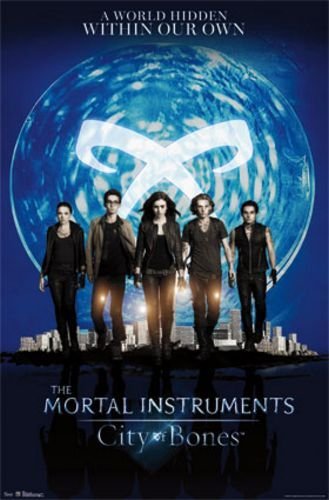 A teenager in New York City begins seeing a strange symbol, which worries her mother. After being the only person to watch a murder in a crowded nightclub, Clary Fray (Lily Collins) finds herself thrown into the world of Shadowhunters. Clary discovers that she has inherited her mother’s powers and is now a Shadowhunter herself, and her first task is finding The Mortal Cup.

Now You See Me 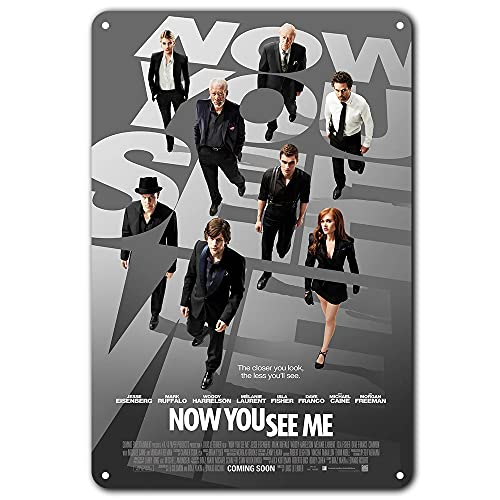 A bit different from other movies on this list, Now You See Me is a heist thriller following a team of illusionists who pull off bank heists in the middle of their performances only to reward their audiences with the money afterward. After receiving a tarot card, four magicians find themselves in a random New York City apartment only to discover they now have a new, mysterious benefactor. An FBI agent and Interpol agent work together to track down the young magicians in this exciting, Ocean’s Eleven-style heist movie. 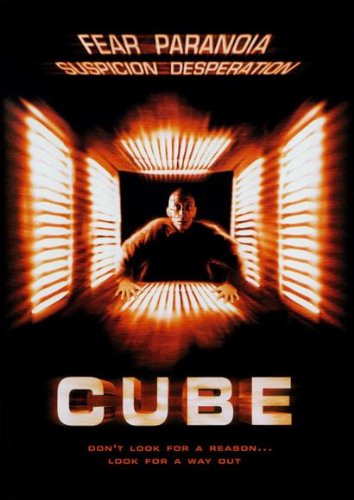 Five strangers wake up in a cube-shaped room. No one knows where they are or how they got there, but one of the strangers, Quentin (Maurice Dean Wint) informs the others that he’s discovered traps within the room while the others were sleeping. The group is forced to work together to figure out what is going on, ultimately discovering that they are in only one room of many in a giant, cube-shaped maze.