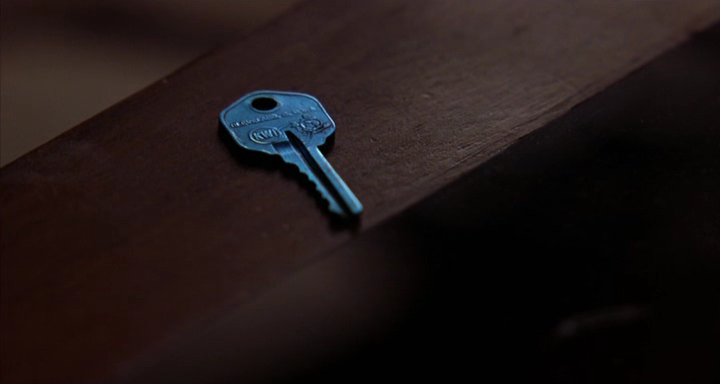 I have never seen a David Lynch film. I know very little about him. I doubt that I truly grasped that Lynch was a surrealist filmmaker before now, yet Eraserhead and Mulholland Drive have been on my to-be-watched list for a decade. So when I sat down to watch Mulholland Drive, I knew absolutely nothing about the “plot” or the characters. Depending on how you view Lynch, two and a half hours of total confusion may be the best or worst way to be introduced to his style.

For my own sanity, I will try to summarize the story. The film begins with a series of parallel storylines: a woman (Laura Harring) is riding up Mulholland Dr. in a limo only to have the driver stop and aim a gun at her; an increasingly nervous man describes his nightmare about the diner Winkie’s and the monster in back controlling everything; a series of shadowed men make numerous phone calls reporting that a woman is still missing; a perky Canadian named Betty (Naomi Watts) arrives at the airport in L.A.; a director is being forced to cast an ingénue for his next film; and a clumsy hit man shoots three people.

The main plotline in the first two-thirds of the film focuses on the woman in the limo and her relationship with Betty. When a car crash saves her from being shot by her driver, she stumbles her way across Sunset Blvd. and into an empty apartment, passing out with a concussion. Betty, an aspiring actress, arrives at the same apartment, which belongs to her aunt who is currently away shooting a film. Betty discovers the woman, now assuming the name Rita thanks to a poster for Rita Hayworth in Gilda. Rita has no memory of who she is, and so the two amateur sleuths embark on an investigation into her accident and her identity. The last third of the film sees these actors inexplicably assume new identities. Naomi Watts is now Diane Selwyn, an actress overshadowed by Laura Harring’s Camilla. These new characters have a falling out, and the film ends in tragedy. 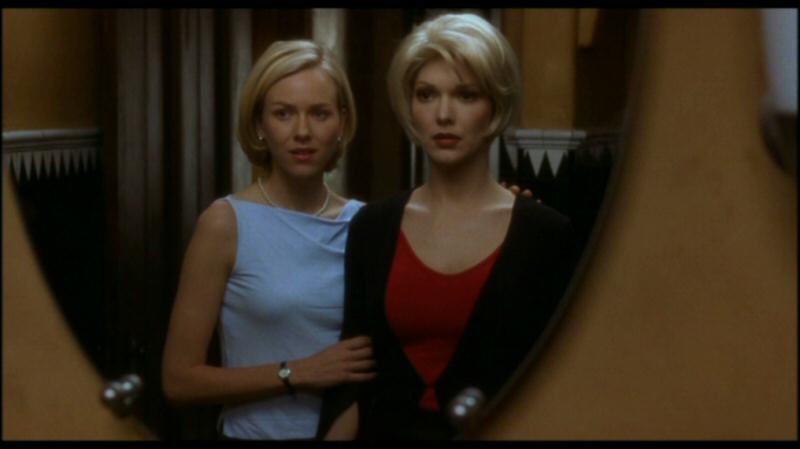 The most widely accepted explanation of Mulholland Drive claims that the first two-thirds of the film are the hallucinatory dreams of Diane brought on by her guilt at ordering the murder of Camilla. The second half of the film is then the reality. The disconsolate Diane merely dreams a scenario in which she is an idealistic up-and-coming actress and Camilla is entirely dependent upon her. Advocates of this theory point to various clues within the first part of the film, including Betty’s line before dialing Diane Selwyn’s phone number, “It’s strange calling yourself.” Betty’s reference to L.A. as a “dream place” also hints at that section of the film being fantasy.

Despite this relatively believable explanation, there is truly no definitive interpretation of the events of Mulholland Drive that ties up all the loose ends. Questionable elements of the film still leave room for other interpretations. For example, the series of seemingly unrelated scenes and characters early in the film nearly always follow scenes ending with Rita falling asleep, suggesting that she could potentially be the dreamer rather than Diane or that there are multiple dreamers. The assumption that any section of the film may be deemed reality is itself flawed. 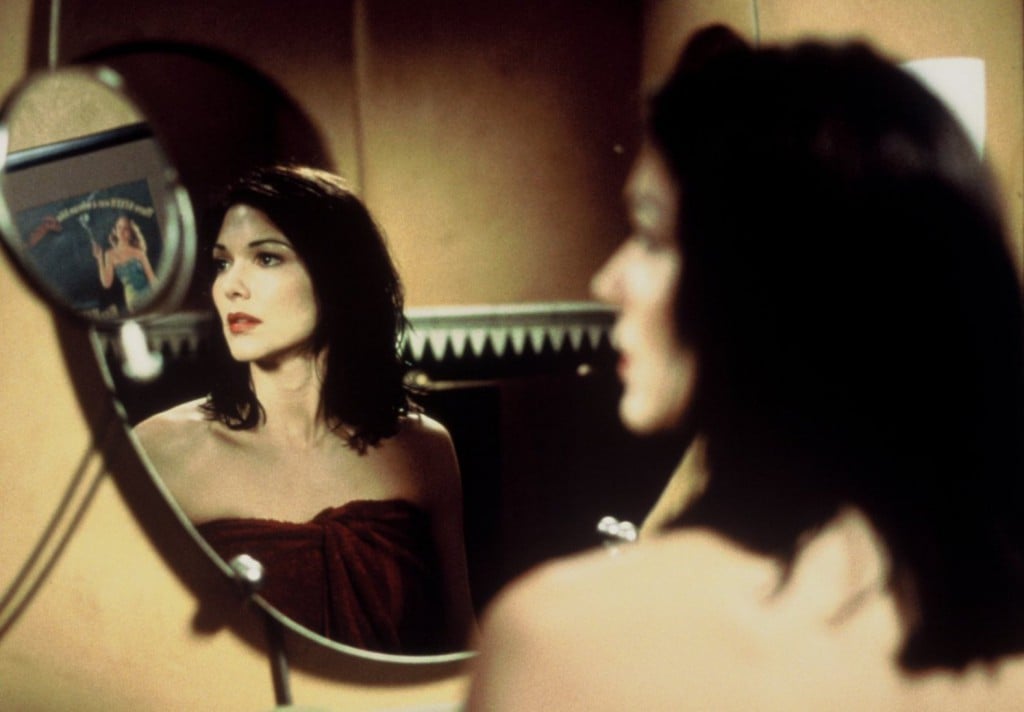 Lynch’s camerawork, unexpectedly mobile yet constrained with sudden focal shifts and camera movements, perfectly complements the tone of the film. This awkward floating steadicam is the highlight of the first Winkie’s scene, bringing such tension to a seemingly uneventful dialogue scene. The disorienting effect of the camera only adds to the sense of confusion throughout much of the film. Furthermore, the alternating use of first-person camera angles and third-person perspectives prevents audiences from focusing on one narrative.

Mulholland Drive is a detective film in the sense that Lynch requires viewers to make sense of the events. The film offers no solution, as the core mystery of the film is completely abandoned halfway through. Lynch, it must be said, establishes a vision and atmosphere for his film world and commits to it completely. That said, aspects of Lynch’s creation appear forced. This film is bizarre and purposefully so, but the weird elements of the film can go so far as to seem contrived. Trying to find answers and clues to the film’s ultimate meaning, especially in the dialogue, will only confuse theories and drive those searching for a definitive explanation mad. You may be better off believing that pool boy Gene (Billy Ray Cyrus) stated the truth of the film when he said, “Just forget you ever saw it. It’s better that way.” 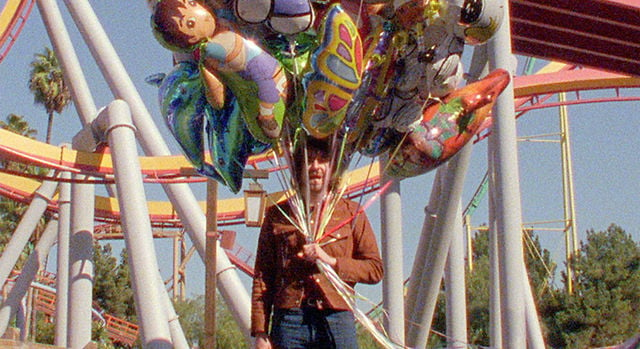 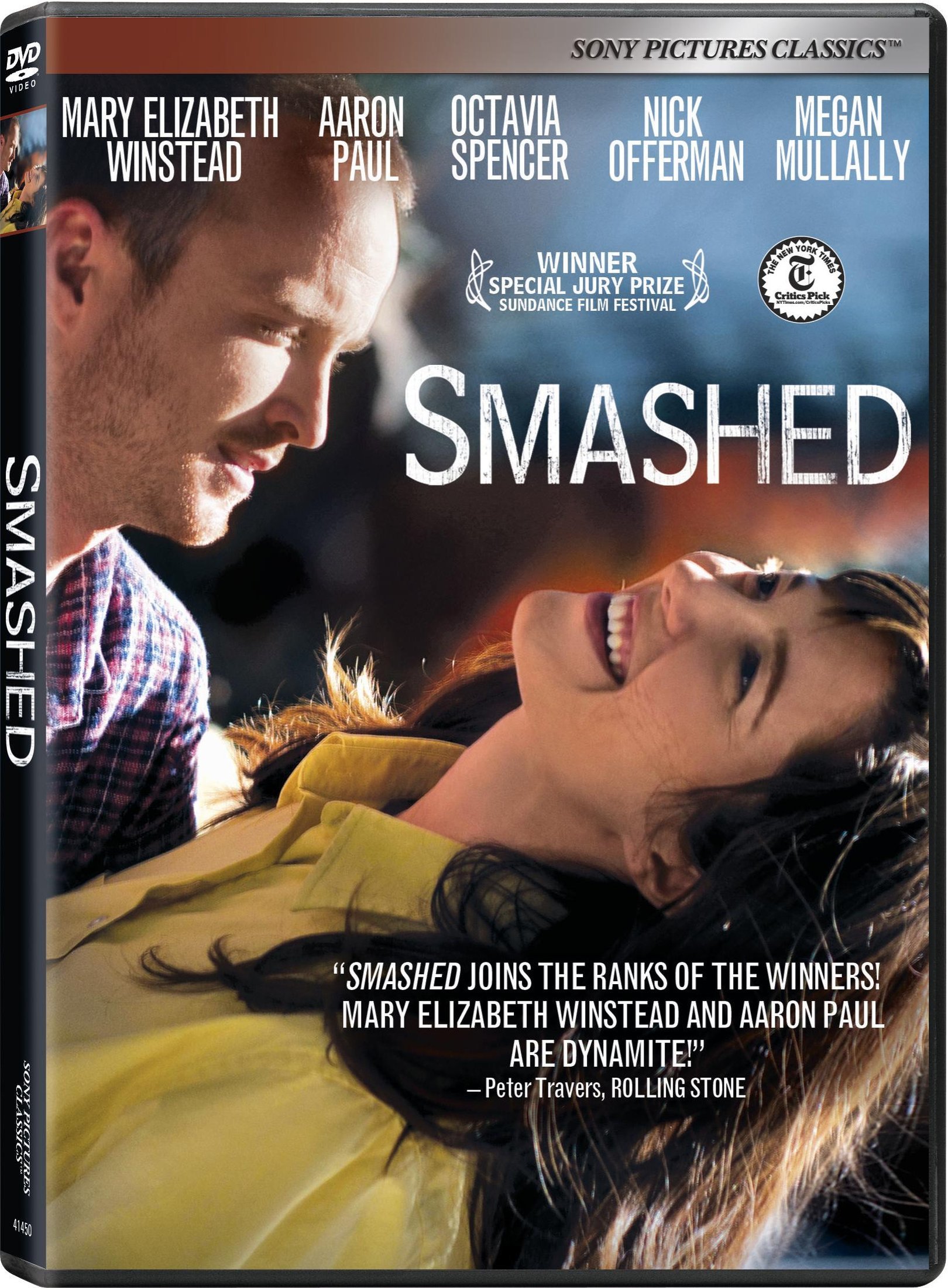