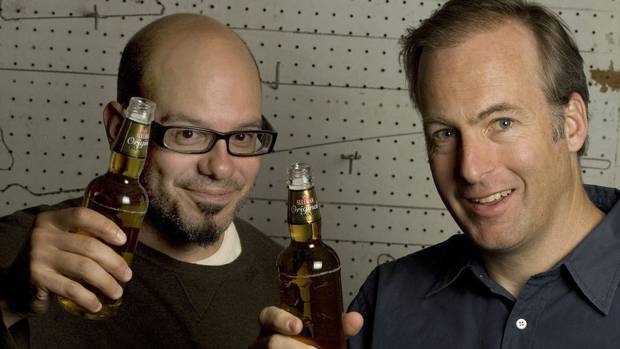 Netflix has picked up With Bob and David, a new sketch comedy series by Bob Odenkirk and David Cross. Deadline reports the longtime comedy team will produce four half-hour episodes and an hourlong making-of special for the streaming service.

Odenkirk and Cross will play dishonorably discharged Navy SEALS who try to serve their country by making a sketch comedy show. The series will feature all new characters and comedic scenarios. The duo first teamed up on The Ben Stiller Show, then went on to create the cult favorite sketch series Mr. Show With Bob and David for HBO. In 2013, they embarked on a six-city comedy tour.

Netflix is committed to expanding its comedy brand, adding With Bob and David to a lineup that already includes Tina Fey’s Unbreakable Kimmy Schmidt, Judd Apatow’s Love, and the upcoming Grace and Frankie, starring Lily Tomlin and Jane Fonda.