Patrick Swayze (identified by the BBC as “Dirty Dancing star Patrick Swayze”) was the victim of a cruel practical joke after “Florida radio station Kiss FM posted a Twitter message saying the 56-year-old had passed away. It was later removed.”  After that worm got out of the can,   “…the rumour spread quickly across the internet.”  Even his Wikipedia entry got changed to reflect his false mortality. Swayze has been in the news alot ever since he was .”…diagnosed with advanced stage four pancreatic cancer in January last year.”  http://news.bbc.co.uk/2/hi/entertainment/8058836.stm

Thats one negative aspect to this Internet of ours.  A lie spreads faster in cyberspace than on a primary school playground.  Celebrities often die for a few hours, until their press people release a statement to the effect that they are alive.  I guess the people who start these rumours are the same people who sit around perfecting computer viruses so they cause the maximum amount of damage.  In most cases of twittericide (I’m coining that), its just an inconvenience.  But Swayze?  Come on, give the guy a break. It must be hard enough living with severe cancer without having people bury you before your time.   The guy has has showed considerable courage by continuing to work as the lead on that show “The Beast” even as his struggles were made public.  Have a little heart. 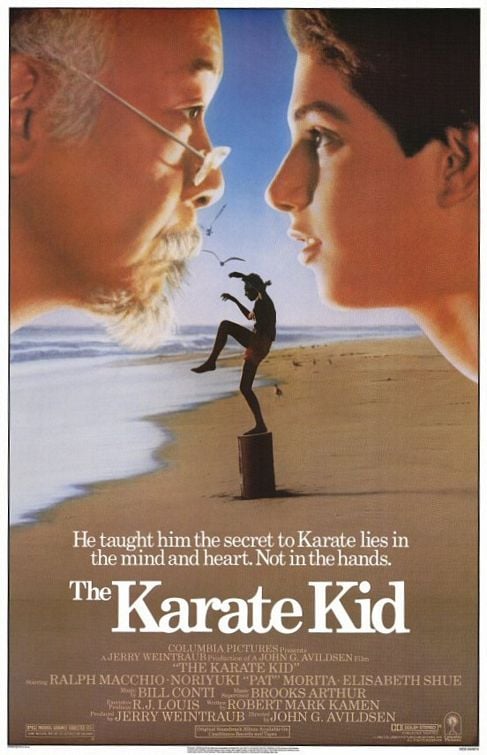 One of the latest on the list of Hollywood remakes is a film that has meant much to me since childhood.  It is probably the purest “good triumphing over evil” (using the crane technique, of course) story since “Rocky”.  I’m talking about “The Karate Kid.”  This is the kind of film where the performances still resonate and the film still shines more than 20 years after its release in 1984.  It was followed by two substandard sequels in 1986 and 1989. The franchise was continued by 1994’s “The Next Karate Kid,” with Hilary Swank taking over the protagonist role of Daniel LaRusso (Ralph Macchio) with her character of Julie Pierce http://www.imdb.com/title/tt0110657/.   The real ace in the hole in the original film was the late Pat Morita’s (RIP) performance as Mr. Miyagi, the Maintenance man/martial arts master that trains Daniel.  Morita’s scene-stealing performance in the original won him a Best-Supporting Actor Oscar and Golden Globe Award. http://www.imdb.com/title/tt0087538/

In the remake, Ralph Macchio’s character is replaced by “Dre…a skateboarding video-game buff.”  The casting couldn’t be worse in Jaden Smith as Dre, whose performance in the 2008 remake of “The Day The Earth Stood Still” completely lacked inspiration or the semblance of entertainment.  That film also fell in the “unnecessary remake” category.  The plot  “… is essentially the same – kid forced to move with his mother to a new city. Gets beat up by some Bullies. Maintenance man teaches him martial-arts.”

The  Mr Miyagi’s role is taken over by Jackie Chan. http://www.moviehole.net/200918909-exclusive-whos-who-in-the-karate-kid/  Here is where my concern comes in; I am concerned that all the heart will be ripped out of the character.   In the original, Miyagi’s lessons had less to do with karate then how to live life as a moral person.  Morita played the role as a surrogate father as well as a martial arts teacher.  There was plenty of earnestness in his performance.  Chan has not yet proven himself as an actor; trading unfunny barbs with Chris Tucker or Owen Wilson hardly makes for a virtuous actor.  My fear is that the film will turn Miyagi into more of an action hero, and will be used as a showcase for Chan’s martial arts skills.  Look for it in 2010. 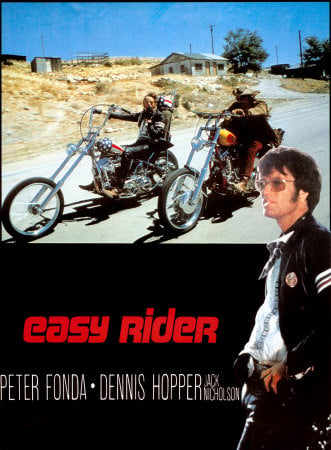 An “Easy Rider” sequel? “…now it looks like an actual sequel has actually been produced — with no involvement from the people who made the seminal 1969 classic, and featuring none of the same characters…” That seems to violate most of the traditional conventions of a sequel right there.  “The sequel, called Easy Rider: The Ride Back, is an independent film set for a small theatrical opening in September, and some of the cast and crew were in Cannes last week…”  The film “focuses on the Peter Fonda character’s brother, who followed in his sibling’s footsteps and rides the same patriotically decorated Harley Davidson motorcycle…the film covers the family’s trials and tribulations through the 1940s, ’50s, ’60s, and up to the present day.” Wow, the “Forrest Gump” of “Easy Rider” sequels.  Apparently, this is “an indie film that’s been in the works for the better part of a decade.”  This film sounds patently ridiculous, you just have to look at the sidekick’s name: “Wes Coast.” http://www.cinematical.com/2009/05/19/apparently-there-really-is-an-easy-rider-sequel-coming/  I think they should just leave the film that arguably pioneered modern American independent film alone.  A sequel seems unnecessary.

I am glad that neither Dennis Hopper nor Peter Fonda had anything to do with this reimagining; maybe after reading some of writer/producer/co-star Phil Spitzer’s ambitions they were turned off.  Spitzer’s  vision “calls for as many as three sequels, plus video games, merchandise, a possible television series, themed restaurants, concerts, even a line of motorcycles.” http://www.sfgate.com/cgi-bin/article.cgi?f=/c/a/2005/03/04/DDGTGBJB3A1.DTL&type=printable  The purity of the 1960s has already been tainted so many times, this attempt to turn a sequel into the launching pad for the Easy Rider-themed Planet Hollywood is uncalled for.  “Easy Rider” done with a George Lucas or Gene Simmons style branding is so ridiculously antithetical to everything the original film stood for. The world can go without it.  At least, I can.