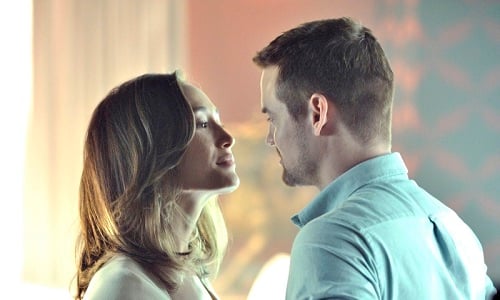 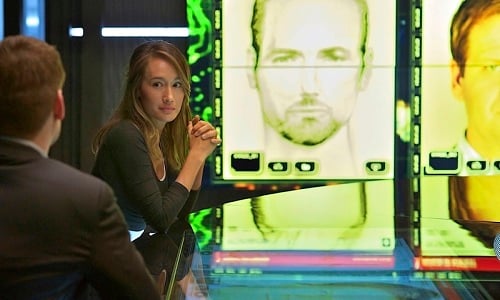 Nikita has gone through many incarnations since it got its start as a Luc Besson movie. When a new series was announced, there was an understandable level of skepticism that the show managed to overcome in its first season. In the second season, however, seemingly freed from having to prove itself, the show really took flight, as the tension was taken to new heights, the stakes got much bigger, and the storylines got resolved a lot more quickly than expected. While the first season took its entire run to expose Alex as the mole and dethrone Percy, the second season dethroned Amanda and reinstated Percy, then proceeded to finish him off, killed Roan and the Guardians, took care of practically all of the black boxes, saw Alex demolish Gogol, reconcile with her mother, see Semak killed and her father avenged, and, finally, have Nikita, Ryan, and Michael effectively in control of Division. After that, this third season has a lot to live up to, but if the season premiere is any indication, the show is ready to meet this challenge.

Possibly the most fascinating part of the episode is seeing Ryan in charge of Division, not just because someone without an ulterior motive is in charge of the place for the first time in the show’s run, but because Fletcher is a character already fleshed out prior to his ascent to power. The choice of Fletcher to be the liaison of Division over Michael, or even Nikita, makes sense from a government perspective, but Ryan is arguably the least capable of handling pressure among the three. As the last two seasons have shown, running Division is a high pressure job, requiring split second decisions and long term strategising, and this is reinforced this episode. How Ryan deals with the challenges of running Division as the season progresses will thus be something to watch out for. 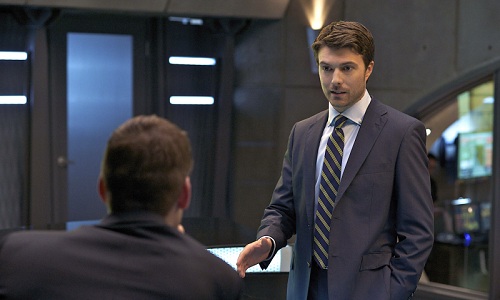 The pressure on Division from governmental forces is also an interesting aspect of the show. Percy’s actions in keeping the black boxes as leverage seems like a smart decision, in light of Ryan’s conversation with the President in this episode. It’s clear Division has very little room for error now, with all government leaders who are aware of the agency on edge and ready to wipe it out. It has, however, been no secret in the past that the government needs Division as well, and whether or not that plays into the season as it progresses is something worth watching out for, as it will invariably change the dynamic between Ryan and the US administration.

Of course, no mention of the show would be complete without a look at the titular character herself. Having the entire force of Division as backup is certainly an odd situation to find Nikita in, as she points out herself this episode, and how she adjusts will be interesting to watch. Nikita has been fighting alone for a long time and has never hesitated to make a lot of noise if need be, but with Division she now has an arsenal of resources that she never had before. At the same time, she is now answerable for her actions, something she has not had to account for in a long time. The adjustment she will need to make to her methods due to her status not just as an agent, but the primary agent in Division, should make for a compelling storyline, as should her conflict with Ryan with in regards to her actions in the field. Nikita may present Ryan’s greatest challenge with keeping Division in line with the government and there are various ways the issue could play itself out, so what ends up happening should be fun to watch.

The “Dirty Thirty”, the agents who chose to go rogue following Percy’s death, is a not entirely unexpected direction for the show to take, but at the same time, it builds the potential to be an exciting one. The show has already explored the idea of hunting down and combating Division’s best agents with Nikita’s conflicts with Percy’s Guardians, but with Division now on Nikita’s side, the situation is entirely different. It seems likely, particularly with the conflict between Nikita and Ryan that is shown in this episode, that Nikita and her old team of Michael, Birkhoff, Alex, and Sean may choose to break with Division at some point to effectively capture the rogue agents and whether the show chooses to go down that route or takes an unforeseen path to resolve this issue is something to look out for.

Overall, this is a very strong start to what promises to be another captivating season. Seeing Alex uncomfortably settle into her Udinov persona is a nice touch and her adjustment of her high-flying heiress persona side with her Division agent side has the potential to be a very compelling character development to watch. The name-dropping of Amanda is a good way to show that she is very much still in the game and a threat. Whether she chooses to make a play for her old position at Division or pursue a personal vendetta against Nikita remains to be seen, her return to the show is something worth anticipating. Birkhoff also remains as entertaining as always and where his allegiance will lie should there be an extended conflict between Nikita and Ryan is something to look out for. With the show hitting the ground running, and many interesting storylines presented in this premiere, next week’s episode is definitely worth watching, if only to see Nikita and co. work like a well-oiled machine once again.