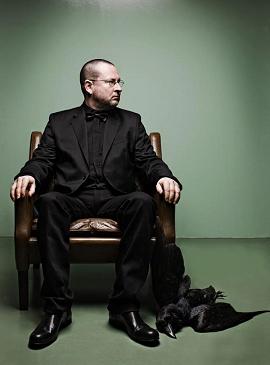 The director of gut-wrenching films such as Dancer In The Dark, chalk line experimental films about America (Dogville), and the co-founder of a movement of pure cinema known as Dogma, Lars Von Trier returns to the realm of Science Fiction with a psychological disaster film called Planet Melancholia. The title refers to an enormous planet illustrated on the press release that looms threateningly close to Earth. Budgeted at around E5 million ($7 million), the film is set for a European 2010 shoot. Casting of international cast is currently under way and the film will be shot in English.

As for what he’s going for with the film, he had only one thing to say: “No more happy endings!” Yes, because von Trier’s work up to this point has always ended on a bright note. More intriguing is the note from producer Peter Aalbaek Jensen, who said the film will feature “a mix of spectacular, cinematic imagery with Dogme-style handheld camerawork.” Jensen also said the film, which has reportedly come together very quickly, would be “romantic, in a Lord Byron sort of way.”