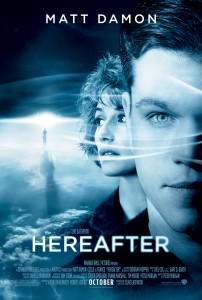 “Ultimately, Hereafter is an uninspired narrative, full of promise, but ultimately lifeless.”

Hereafter offers a handful of good performances and a helping of sincere emotion but squanders its potential by letting its themes overshadow the storytelling.  Clint Eastwood’s latest offering falls well below a standard of excellence he established with achievements like Million Dollar Baby and Letters from Iwo Jima, and the same goes for Peter Morgan’s script, which falls flat before it ever really takes off.

This movie is composed of three independent storylines all tenuously linked by each main character’s fixation with the afterlife; however, these threads are never truly interwoven until the very end, 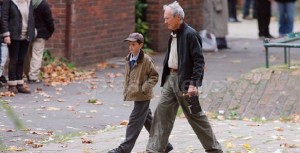 and only then in a haphazard, rushed manner.  The first story involves Parisian news anchor Marie Lelay (Cécile De France), whose jolting near-death experience completely alters the direction of her glamorous life.  Meanwhile, George (Matt Damon) leads a quiet sort of existence bothered by occasional psychic glimpses of the other side and his brother’s persistent nagging that he use his “gift” to turn a profit.  And finally, ten year-old Londoner Marcus (Frankie McLaren) sees his life fall to shambles when circumstances conspire to take the one person he cares for the most.

While Marie and Marcus spend their time chasing answers for what happens after death, George spends his efforts running away from people who would seek answers from him. Like some of these characters, audience members might find themselves preoccupied with how things are going to end.  It is only a matter of time before these individual journeys bring the characters together for the climax, but when this culmination arrives and strangers divided for so long finally bump into each other, not only does it feel contrived but there are no surprises or significant scenes to satisfy the wait.  It all happens too easily.  For a movie concerned with so many unanswerable questions, it isn’t very difficult to predict where it’s headed.

The problem with this movie isn’t the performances, which are simultaneously grand and understated. Matt Damon plays a tortured medium with heartfelt poignancy. Cécile De France is entirely believable as a woman whose passion for life suffers a serious drain under the load of heavy questions about what actually happened to her when she nearly died.  Little Frankie McLaren makes perhaps the most sympathetic character of the bunch: his reckless behavior and laconic attitude comes across as the natural result of someone too young to adequately process so much loss.  It isn’t the slow but deliberate pacing that lags or the film’s energy or any of the aesthetics, which are startling as often as they are subdued.  This movie fails on its most basic level: its lame, underdeveloped story. 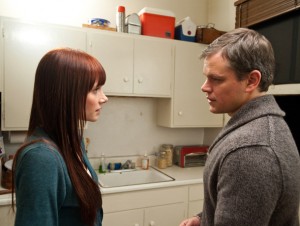 The best moments come when its characters are fully invested in the here and now. George is never more endearing than when attempting to woo his cooking partner (played seductively by Bryce Dallas Howard) in night class.  Their chemistry drives his part of the plot more so than his supernatural abilities.  Furthermore, the yearning for a successful outcome to Marie’s and Marcus’s quest for answers about the afterlife has little to do with a relatable curiosity and everything to do with a desire to see them move past a somewhat morbid obsession with death and start living their lives again.

Instead of exploring big questions, Hereafter plays out as presumptive and didactic. The script is overburdened with far-fetched coincidences and melodramatic elements such as philandering bosses, alcoholic parents, traumatic pasts, and other such prosaic secrets.  Any one of the three vignettes might have made for better entertainment given the chance to stand alone and develop on its own steam, but constrained for time and assigned as pieces to a larger puzzle, they barely add up to anything unique and memorable.  Ultimately, it is an uninspired narrative that leaves this movie, full of so much promise, feeling very lifeless.