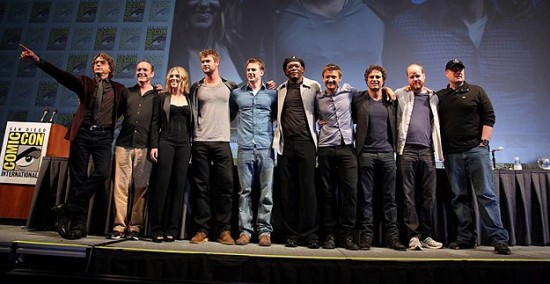 After the credits of every Marvel films, fans have come to expect post-credit scenes to help promote and also tie in their upcoming superhero films. We already assume that we’ll be getting some sort of tie in with The Avengers film after the credits role for this week’s Captain America: The First Avenger. Only the post credit sequence is said to be a little more special than what we usually get. According to several online sources, audience members who stay until the end will get to see a one-minute teaser for Joss Wheadon’s The Avengers. The teaser has already leaked online but I refuse to post a bootleg on the site. I would rather wait for the best quality possible. In the meantime if you really want to see it, I recommend checking out the midnight screening for Captain America this Thursday.