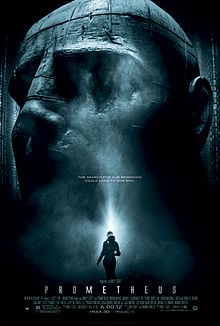 Noomi Rapace and Logan Marshall-Green are scientists who find a pictograph in the isle of Skye, Scotland; the same pictograph of giant men pointing up to the same constellation of stars as other ancient dead societies. Reading this to be an invitation to discover the origin of the species thanks to the financial support of the Weyland Corporation, they embark on a mission into deep space to investigate the LV-223 planetoid. Welcome to Prometheus.

Upon arrival, they find a super-structure ready to investigate and it’s there where everything goes wrong. Each film in the Alien franchise has the same dynamic, in that there is an alien species killing off the crew, one by one. As ever, each of these films is sufficiently different from one another for them not to become derivative and boring; Alien was a haunted house in space, Aliens was a militaristic action movie, Alien 3 was a prison escape movie, while Alien Resurrection was simply apalling. Prometheus, meanwhile, is straight sci-fi. This film was created to give an answer to the long considered question in sci-fi and horror circles, “who is the giant figure in Alien dubbed the ‘space jockey?’” 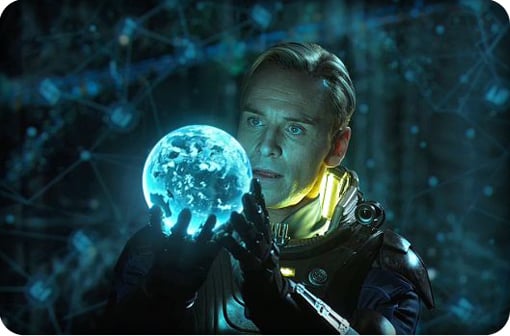 Sadly, Prometheus is a victim of hype. Everything Ridley Scott is renowned for as a great modern visual stylist is up to par here; nobody builds worlds like him. That which is out of his hands, namely the script, is a series of plot holes, oversights and questionably ostentatious dialogue.

Dan O’Bannon’s Alien script was about space truckers and they talked about the little things, things that normal people do, which helped to make it stand out as an enduring classic. Even without the burden of that comparison, any good film has believable dialogue in that characters talk about the real and immediate. It may be the mission of the Prometheus crew to find the origin of the species, but that doesn’t mean that everything that should come from the crew’s mouths is grand ideas about the origins of man and the feasibility of such an undertaking. It lacks grounding, and more importantly, it lacks any characterization, meaning that when the crew do inevitably get picked off, there’s no reason to care. 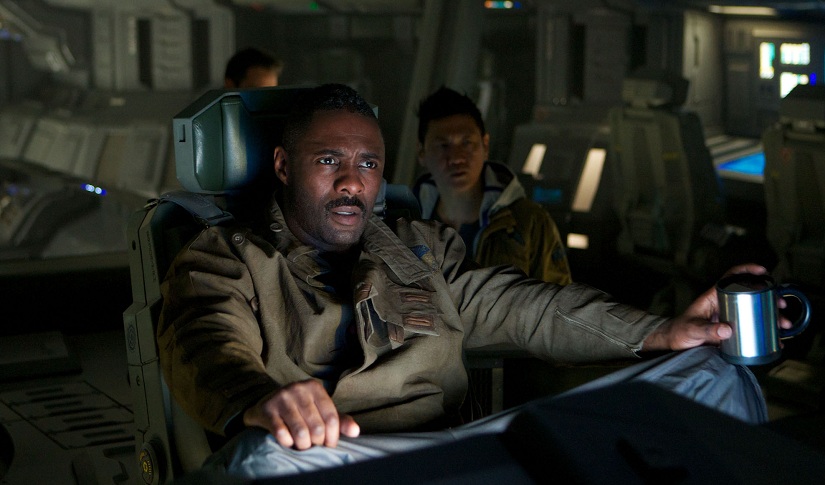 Likewise, there are many plot holes; the most glaring is the by-product of what kills one of the first victims. There are other problems in the script, some bigger than others, but to mention those would be drifting into spoiler territory. There are also a number of themes touched upon, such as parenthood, faith and what it means to be human, but none are followed up on. The biggest issue is the final act, which takes the thoughtful, if not entirely conceptually sound, sci-fi trappings and trades up for the blockbuster qualities that have cheapened the image of the genre. More so than that, scriptwriters Jon Spaihts & Damon Lindelof hastily try to get the series to a relatable point in the scheme of the Alien brand, which feels relentlessly contrived.

The hype may not be fulfilled, but that doesn’t mean that there aren’t enjoyable qualities. As aforementioned, Ridley Scott, the visualist, is on fine form. His world building is sumptuously detailed and filthy in the bio-mechanical halls of the alien superstructure, contrasted with clean, beautiful lines on Prometheus itself. Dariusz Wolski’s photography is stunning; many moments of the film could be paused and enjoyed in isolation, the highest achievement bestowed on any director of photography. That same depth is present in the effects, with the beautiful graphics being used for the space travel and grim, dirty practical effects and puppetry used for the alien life. Visually, Prometheus is flawless. 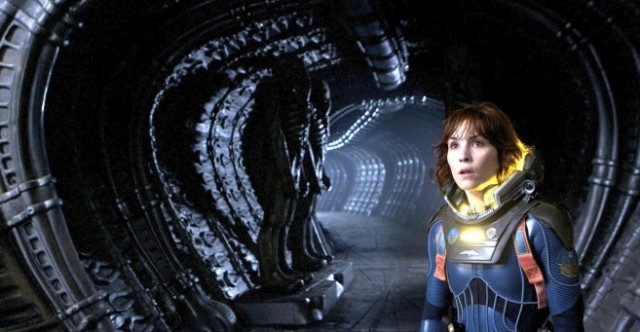 The actors are also of high quality, even if most roles are disappointingly one-dimensional, including Charlize Theron, Idris Elba and the bizarrely cast Guy Pearce as an elderly man. The two standouts are predictably Michael Fassbender as David, the android, who is beautifully subdued in his delivery and physicality. He occupies the same pantheon as the greats that came before him in Ian Holm and Lance Henriksen. Noomi Rapace is also brilliant as the lead scientist, Elizabeth Shaw, with all the confidence and frailty that made Ripley such an important and iconic figure 30 years ago. Not to be too closely tied to what came before, she has a moment of nasty violence that will forever separate her from Sigourney Weaver’s breakout role; even seasoned horror fans will wince at that unforgettable scene.

Sadly, it’s impossible to be anything other than disappointed with Prometheus thanks to a script that is more often than not dull and concepts floating without order on the periphery. Still, as a visual spectacle in both the traditional sense and the genre sense, Prometheus may be wildly inconsistent, but there’s enough there to grasp. 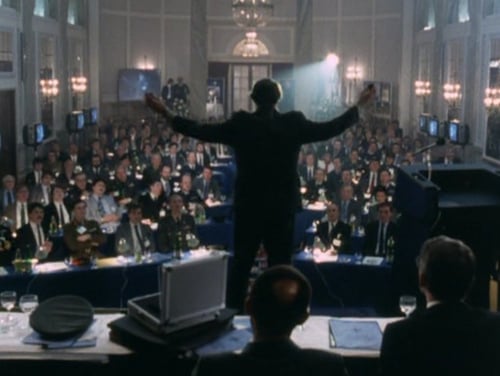