Home
Entertainment
Ray Donovan, Ep 1.02 “A Mouth is a Mouth” is like the pilot episode but with added homophobia
Prev Article Next Article 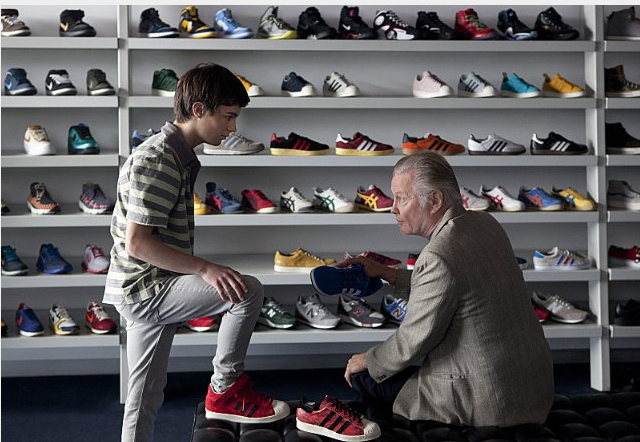 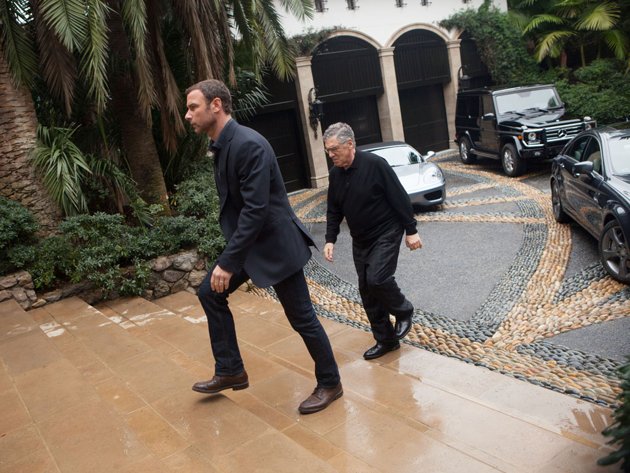 There is good to be found in “A Mouth is a Mouth,” but there is surprisingly little to be said about that good that can’t be said for “The Bag or the Bat.” Once again, Liev Schreiber is the heart and soul of the episode, and every scene he’s in is immensely watchable solely for his tough-as-nails presence. Once again, the show is stylish- the camerawork is occasionally inventive and the show’s vision of Los Angeles balances the bright colors and outlandish personalities with the city’s mottled underbelly quite well. It’s also worth mentioning that Eddie Marsan, as Terry (one of the myriad Donovan brothers), brings out a subtle sadness in his performance that didn’t quite come through in the pilot.

Sadly, all of the negative aspects of “The Bag or the Bat” balloon up to comical proportions in “A Mouth is a Mouth.” Once again, Jon Voight’s elder Donovan cozies himself up to Ray’s family, but now these characters cease to act like rational human beings. During their family bonding time, Mickey stuffs dollar bills into his daughter-in-law’s cleavage and makes lewd comments about her underwear, while educating his grandson about the ins and outs of prison sex. Yet the other Donovans react as though this were all perfectly normal from a grandfather to his family. Ray’s wife laughs and playfully shoves Mickey aside every time he ogles her, while Ray’s son reacts to the prison sex lecture with a smile and a “Thanks, Grampa!” These aspects are so bizarre that they completely overshadow anything positive that could be said about “A Mouth is a Mouth.”

The same can be said about the episode’s rampant homophobia. Early on in the first episode, Ray sees his son talking to Tommy Wheeler and quickly hurries him away from the currently-in-the-closet actor. The implication is simple: Ray doesn’t want his son spending any time with a gay man, for fear that his son may be molested. Offensive? Of course. But Ray, charisma and all, isn’t the most decent of human beings, so it’s not as though the show itself is condoning the idea that all gay men are pedophiles.

Until, that is, Wheeler is revealed to be chatting with Connor in secret online sessions. The image of the older man speaking to a child through a chat room is hardwired into our systems as an image of molestation, and though there’s no proof of anything yet on the show, the implication is clear.

That same feeling carries over to how “A Mouth is a Mouth” deals with Chloe, its transsexual character. At first Ray seems to regard her as a regular human being. As does the show itself. It’s refreshing, considering both the overall absence of transsexual characters on TV and the episode’s take on Tommy Wheeler. But then Ray, despite knowing that Chloe is a thief and a blackmailer, decides to give her the money she needs anyway, followed by an overly saccharine shot of her breaking down in tears.

This action (like so many others taken in Ray Donovan) makes little sense. In any other situation, would Ray willingly hand a pile of cash to a person attempting to steal it? It seems as though the only reason he gives Chloe the money is because she is transsexual. Once again, the show happily paints an LGBTQ character as an outdated stereotype. The criminal actions Chloe takes can instantly be forgiven because she is transsexual, and her desire for a sex change makes her someone in need of a savior, to be pitied rather than treated like anyone else. Like Tommy, the show looks at her not as a human being, but as a character in some hopelessly outdated after made-for-tv movie.

Despite its flaws (of which there are many) Ray Donovan still remains watchable, if mostly thanks to Liev Schreiber. Only time will tell if it will stay watchable due to its strengths, or to these increasingly bizarre developments.