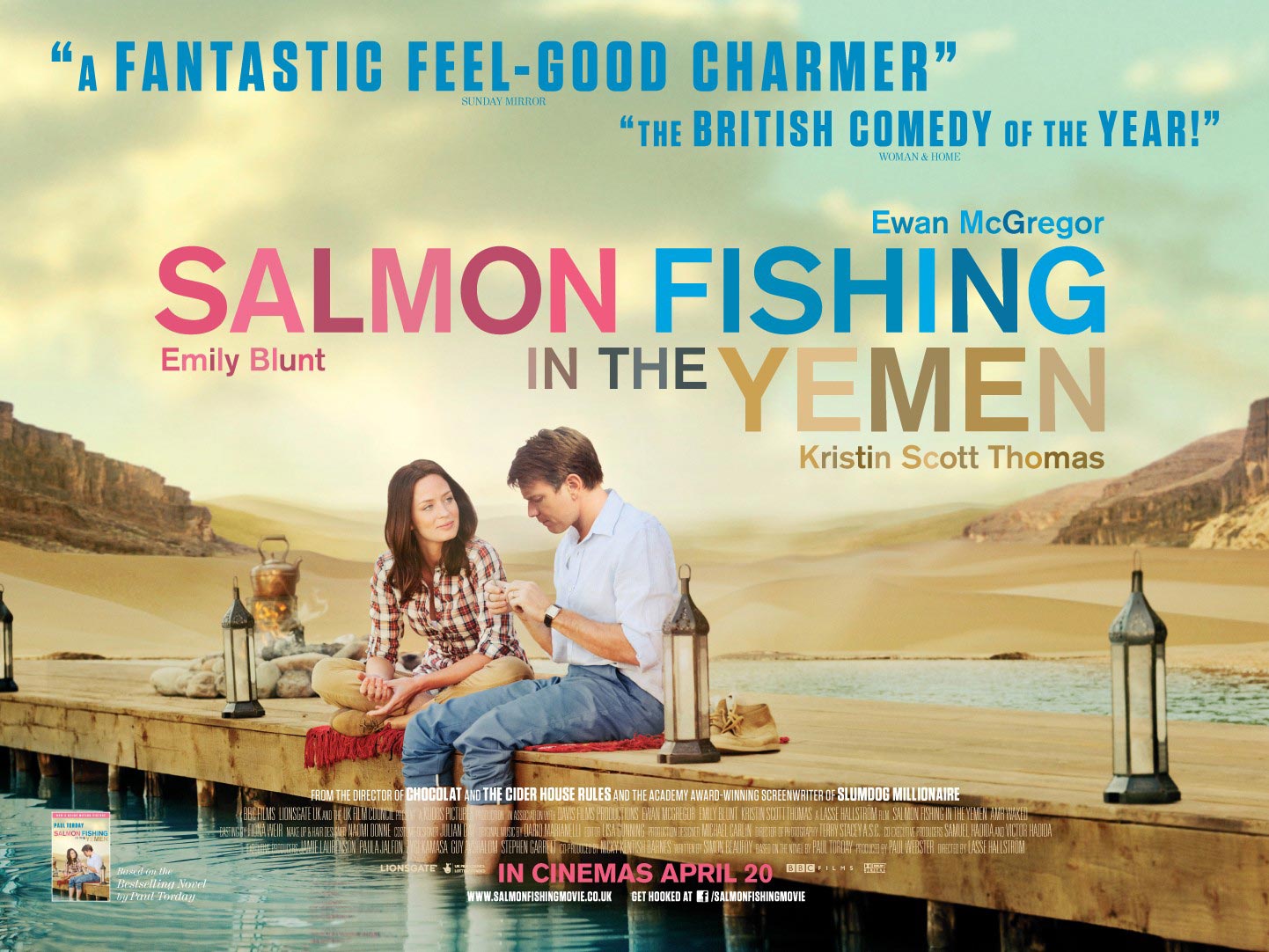 Salmon Fishing in the Yemen

If you aren’t familiar with the book by Paul Torday, a title like Salmon Fishing in the Yemen sounds a bit odd. What is it? Nihilistic art film? Maladapted play? The world’s most confused documentary? None of the above, thankfully. As it turns out, Salmon Fishing in the Yemen is a crowd-pleaser; a comedy with enough drama to be grounded and enough romance to be charming. It is clever, engaging, and above all, hopeful.

Essentially, Lasse Hallström has adapted Paul Torday’s book into an underdog film, the underdog being an idea: a wealthy Yemeni sheik (more inspired by Dubai’s Sheikh Mohammed bin Rashid than any Yemeni in the news) wants to introduce salmon to the recently dammed waterways of his country for the purpose of sport fishing. It’s a ridiculous proposal and an impossible dream, and that ridiculousness drives a great deal of the film’s humour. That said, the whole endeavour takes place against the backdrop of the UK’s fraught relationship with the Muslim world and heated opposition to the sheik in Yemen. Cynicism and spin counter the film’s humour, creating tension, and ultimately, hope. The main reason this film is successful is due to the incredible cast. Ewan McGregor as the nerdy fishery scientist and Emily Blunt as the sheik’s savvy assistant make for a charming comic duo. Their droll restraint makes the film work—characters unaware of their own humour are more interesting than the self-aware variety. Kristin Scott Thomas as the Prime Minister’s press secretary has more of a high-spirited role that some have interpreted as screwball; she’s loud, vulgar, and caustic, and frankly I wouldn’t have her any other way. Thomas carries the satirical weight of the film, and though it is very easy satire—her IMs with the Prime Minister seem particularly indulgent— it’s all terribly funny, so easiness forgiven.

The appeal of Salmon Fishing in Yemen is very broad, but that isn’t a bad thing. It’s by no means a brilliant film, but that doesn’t mean it shouldn’t be enjoyed by as many people as possible (even though the Guardian snidely calls the export market enjoying this film “lapping it up”, as if British tastes are inherently sophisticated—the cat’s out of the bag, we know about EastEnders).