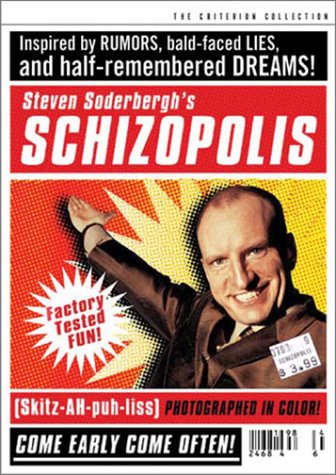 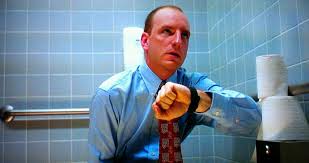 Steven Soderbergh followed The Underneath, a superb neo-noir that expertly uses widescreen framing and color photography to its full potential, with Schizopolis, a film motivated by his feelings of artistic impotence. This is somewhat surprising given that  The Underneath is one of his best films, one of the best neo-noirs from the nineties, and one of Soderbergh’s more underrated works. Schizopolis is more well-known and seen (thanks to Criterion) but unfortunately, it is a stale work that only exists for the director’s edification. After Schizopolis, Soderbergh reportedly felt rejuvenated and made Out of Sight, which ended his commercial slump so we can all thank this experimental film for Soderbergh’s commercial and artistic turning point. However, Soderbergh’s exercise in experimental-comedy is far more interesting to think and write about than it is to watch.

The main problems with Schizopolis is that it was and is marketed as an experimental-comedy from one of America’s most interesting and productive filmmakers. Unfortunately, the film is not very experimental and unfortunately not very funny either. While I am the first to admit that humor is hard to measure outside of seeing if a joke or gag begets laughter from an audience, but in Schizopolis, all of the jokes feel dated and are delivered poorly. The “not very experimental” criticism is fairly easy to back up once comparing this film to other experimental films made by directors like Michael Snow, Thom Andersen, Chris Marker, and Mark Rappaport to name a few well-known examples. In Schizopolis, the experimental moments are not very original. Soderbergh essentially reuses alienation techniques Jean-Luc Godard introduced in his 60s’ films except that, in Soderbergh’s film, the political and cinematic context for them no longer exist so now they function merely as pastiches. Furthermore, Schizopolis has a clearly defined narrative structure that is as conventional as any non-experimental films made during the time of its release. It has a defined beginning, middle, and end with characters and straightforward editing and mise-en-scene. Aside from the few Godardian flourishes, it is as conventional as anything this director has produced before and after. 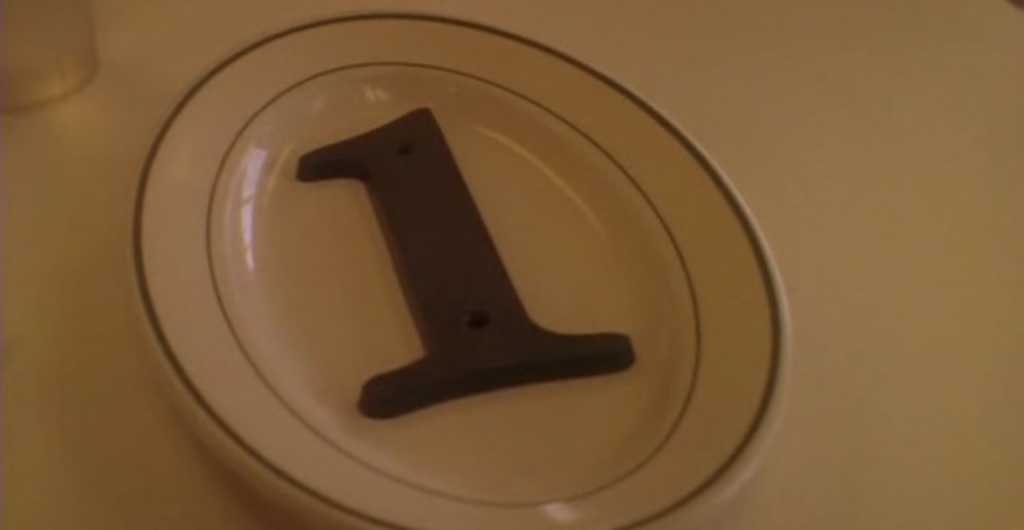 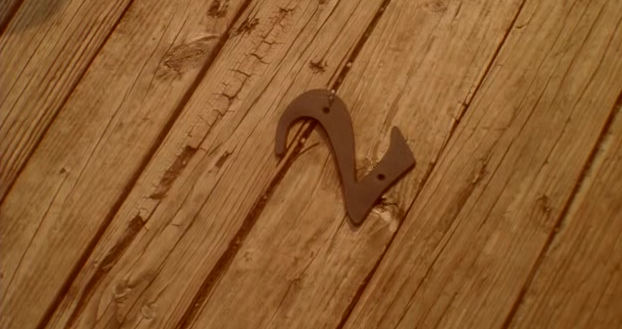 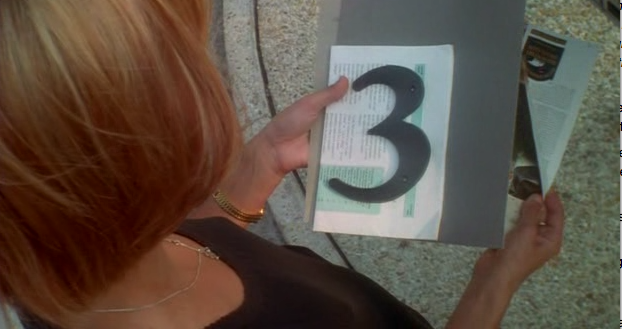 Schizopolis is made up of an introduction, a brief prologue, and three acts. Each act begins with its respective number appearing in the frame as a prop of some sort. The first acts deals with Fletcher Munson (Soderbergh) and Elmo Oxygen (Daven Jenson), the local exterminator that has sex with bored housewives. Fletcher works for Theodore Azimuth Schwitters, the leader of Eventualism, and is ambivalent to nearly everything going on around him. His mentor, Lester Richards (a thinly veiled reference to Soderbergh’s idol, Richard Lester) dies and Fletcher is promoted to the position of speech writer for Schwitters. While this is happening, Elmo gets recruited by a pair of TV producers and becomes the star of his own show. The second act deals with Fletcher’s doppleganger, Dr. Jeffrey Korcheck, a dentist who always wears a Nike jogging suit and a big fan of muzak. Korcheck is sleeping with Mrs. Munson, until he is shot dead by a group of men looking for his brother. The final act depicts the events of the first two acts but this time around from Mrs. Munson’s perspective. Fletcher and Korcheck speak now in Japanese, French, and Italian. Eventually, Fletcher and Mrs. Munson reconcile after her falling out with Korcheck, Fletcher finishes the speech for Schwitters, and everyone prepares for the big Eventualism event. Elmo stages an assassination on Schwitters but fails. The film ends where it begins, in the empty theatre. Soderbergh is again on stage answering questions with ridiculous answers. The film ends with no credits, just one frame that displays the film’s copyright information. 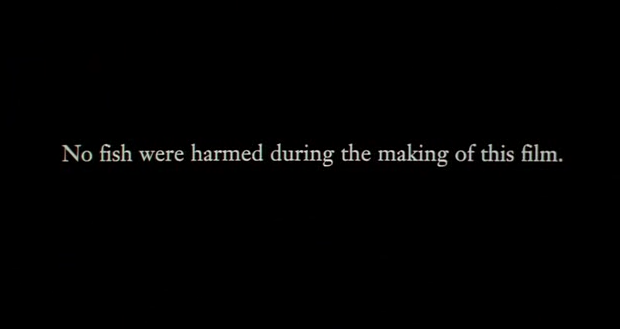 Any opening quote would have had the same effect as this one about fish, because Schizopolis is about how words/symbols/signs/shots are placeholders for meaning, referred to by either a title card or a character’s line of dialogue. At times, characters speak in generic terms, which boils their dialogue down to their most essential meanings. The intended effect of these scenes are obviously satirical but they can also be used to represent the film’s overall statement on communication and language.

To demonstrate this point, there is a short excerpt from a dialog scene between Fletcher and his wife in the first act of the film:

This continues until Act 1 ends. While this joke is funny for a few minutes, it runs its course. However, it is part of an important aspect to the film’s commentary on communication. Fletcher and Mrs. Munson only communicates through meta-language while maintaining the tone and inflection of the type of dialogue these generic statements refer to but never embody. Schizopolis is making an obvious point about how communication might be rehearsed, insincere, and meaningless.

In contrast to Fletcher’s empty statement, Elmo communicates with the bored housewives in his own language (however, it has the same signifiers as English), which is supposedly the most pure language in existence, conveying meaning with perfection. Here is an example of Elmo-speak:

This language appears to work for Elmo because is successful at exterminating insects and having sex with his female customers. Elmo’s conversations are juxtaposed with Flecther’s dialog scenes with his wife. Fletcher, from the audience’s point of view is being extremely direct and precise, and Elmo speaks in garbled English. Both types of dialog refer to particular dialog being spoken by their characters; meaning is either perfectly expressed by Fletcher and then misunderstood by his wife or it is perfectly expressed by Elmo to his housewives but is complete gibberish to the audience.

The most interesting aspect that deals with language in Schizopolis happens in the third act where the perspective shifts to Mrs. Munson. She has the same conversations we have seen before with Fletcher and Dr. Korchek, but as mentioned above, the men speak in foreign languages. The Japanese, French, and Italian dialogue are dubbed over both of Soderbergh’s characters as they interact with Mrs. Munson. When Fletcher speaks to her, his voice is dubbed in Japanese; when Dr. Korcheck speaks to her, his voiced is dubbed in Italian; and during the reconciliation with Fletcher, his voiced is dubbed in French. Each language is a projection of Mrs. Munson’s feelings about them in the moment. What Schizopolis is doing is bringing us into his perspective via the dialogue in these scenes. It’s an interesting technique and works very well. Again, Schizopolis is demonstrating how a character’s emotions can dictate the language we hear on the soundtrack and how these sounds change the meaning of a particular scene. 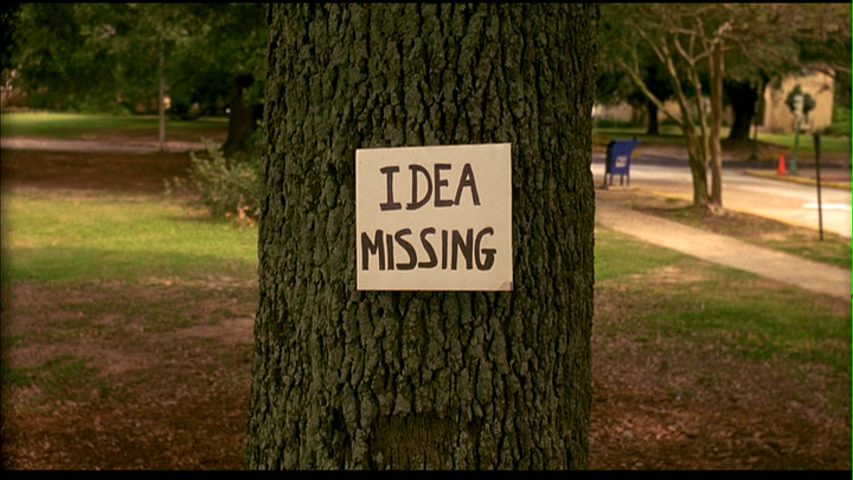 For all of the interesting formal experiments that Schizopolis does with sound, image, and language, it remains a minor work in Soderbergh’s diverse and vibrant filmography. The various cultural jabs this film makes at goofy aspects in American culture may have been insightful and biting upon this film’s release but watching it now, these jokes and attempts at satire come off as tired and worst of all, not very funny.