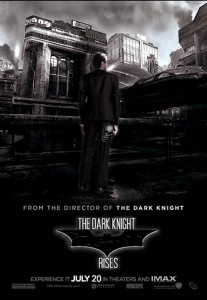 The shortlist of actresses vying for the two major female roles in The Dark Knight Rises has been released, according to The Hollywood Reporter.  Those six actresses would be: Jessica Biel, Keira Knightley, Anne Hathaway, Kate Mara, Charlotte Riley, and Gemma Arterton.  Arterton is probably going to be the first one to go due to scheduling conflicts with Hansel and Gretel: Witch Hunters.  According to the article, one of the roles being offered is Talia Al Ghul, daughter of Ra’s Al Ghul (played by Liam Neeson in Batman Begins).  Talia is both a villain and a love interest to Batman/Bruce Wayan in the comics.  Speculation has it that the second role being offered is Vicki Vale, who was portrayed by Kim Basinger in Tim Burton’s 1989 Batman.  She is a newspaper reporter for the Gotham Gazette and Bruce Wayne’s love interest.  Of course, she doesn’t have to be a love interest in this one, and it would make sense if she were to be reporting on Batman’s whereabouts.

Before seeing Never Let Me Go, I would have been less excited about the possibility of Knightley landing a part in the film.  However her performance in Romanek’s film was a revelation and while I still think it is unimaginative casting, I wouldn’t have a problem with her landing a role in the film.  The rest are all fine actresses, but I think the best choice would be the relatively unknown Kate Mara.  She is far and away the best actress of the group, and while she is not a household name, Nolan has shown good judgment when it comes to casting.  Hopefully Mara will land the part.

It should also be noted that Charlotte Riley is engaged to Tom Hardy, who is already cast in an unknown part in the film.