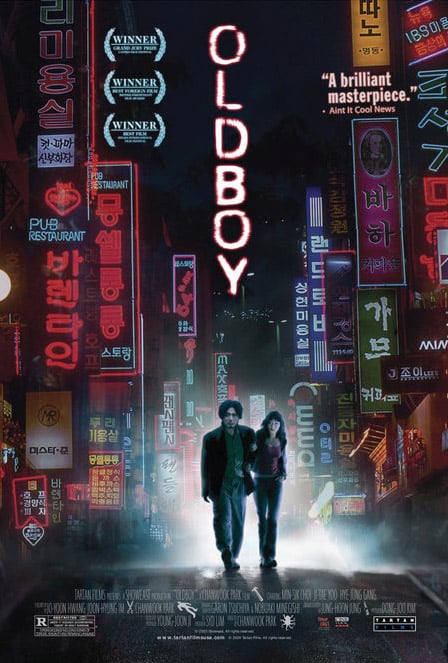 For quite some time now, South Korea has been making some of the best movies around the world. They seem to also have a knack for creating some of the very best revenge films. Oldboy, the 2003 South Korean film directed by Park Chan-wook recently made my list of Best Comic Book Adaptations. Based on the Japanese manga of the same name Oldboy marked the second instalment of The Vengeance Trilogy, preceded by Sympathy for Mr. Vengeance and followed by Sympathy for Lady Vengeance.

The film won the Grand Prix at the 2004 Cannes Film Festival and high praise from the President of the Jury, director Quentin Tarantino. Critically, the film has been well received in the United States, with an 80% “Certified Fresh” rating at Rotten Tomatoes and ranks among a favourite of moviegoers world wide.

Earlier last week, we heard rumours that Spike Lee would be directing the remake to the popular Korean revenge flick. Well now it seems Mandate has sent out a press release confirming that Lee will indeed direct the remake of Chan-wook Park’s Oldboy.  Lee will direct from a screenplay by I Am Legend screenwriter Mark Protosevich.

Hit the jump for the press release.

FOR MANDATE PICTURES and vertigo / 40 ACRES & A MULE

Los Angeles (July 11, 2011) – Mandate Pictures announced today that Spike Lee (Inside Man) will direct OLDBOY, a remake of the highly-acclaimed South Korean film. Mark Protosevich has adapted the screenplay and will co-produce. Roy Lee and Doug Davison (The Departed, The Grudge) will produce. The film is a Vertigo Entertainment/40 Acres & A Mule Production. Mandate President Nathan Kahane will executive produce.

“It’s a great honour to put this special project into the hands of such a gifted writer and iconic director,” said Kahane.

OLDBOY tells the story of a man who is kidnapped and imprisoned on his daughter’s birthday.  For fifteen years, he is held captive, and, upon his release, must begin his journey to find the reason for his imprisonment.  He soon finds out that his kidnapper has plans for him more tortuous than his solitary confinement. The original film, released in 2003, directed by Chan-wook Park won the Grand Prize Jury Award at the 2004 Cannes Film Festival.

Spike Lee and Mark Protosevich are represented by CAA.  Dan Freedman, SVP of business affairs, negotiated the deals for Mandate