The last episode of Supergirl saw numerous developments occur, from the attack by Non and the Kyptonians on Maxwell Lord’s research facilities to Cat revealing that she was aware that Kara and Supergirl were the same person. This week’s return tackles the aftermath of both storylines, further revealing Lord’s true intentions while delving deeper into what makes General Sam Lane tick and how he truly feels about Kryptonians and alien species, in an episode that unfortunately suffers from being overstuffed with too many developments.

Kara trying to determine her place between the humans and Kryptonians, and trying to get Hemshaw back while also attempting to prevent any mistreatment of Astra, makes for a compelling storyline. The question of Kara’s identity, and her attempt to find a place, has been a strong aspect of the season, and the added complications that ensue from her talk with Astra this week are bound to have ramifications down the line. The added fleshing out of General Lane and his attitude towards Kryptonians is also a welcome development, particularly in showing the depths he’s willing to go to, such as torturing Astra. As Maxwell Lord’s storyline this season, and especially this week, have indicated, General Lane is not alone in his fearful attitude towards Kryptonians, nor is he the only one willing to go to extreme lengths to act on said fear, and it will be worth watching how this affects moderates like Kara or Astra going forward. Despite Astra’s insistence to the contrary, her decision to tell the Kryptonians to stand down indicates some measure of goodwill towards either Kara or humans, either one of which has the possibility to expand with time. The fact that the order to stand down comes after being tortured is particularly promising. On the other hand, if Kryptonians end up being hunted by people like Lord or General Lane, Kara will have to make a decision about which side she will be on, especially given that those going after Kryptonians are likely to make her a target too, regardless of the good she’s done for the city. 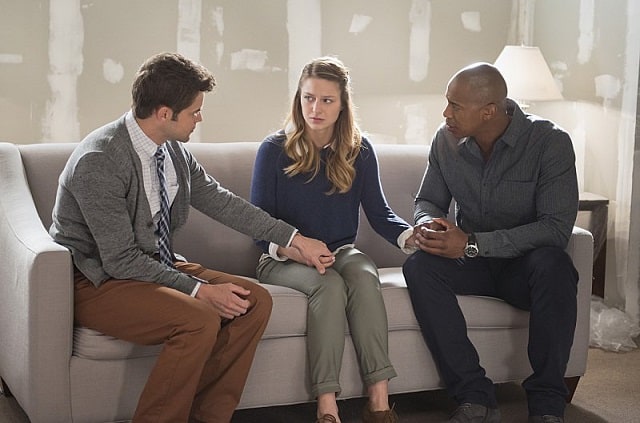 The episode, however, makes for a jarring tonal shift in moving from the storyline surrounding Hank and Astra to the one revolving around Cat and Kara. While the former is handled with the appropriate seriousness and gravitas, the latter is treated as comedic for much of its runtime, which not only needlessly clashes and undermines the former storyline, it also fails to give the Cat-Kara storyline itself the weight it requires. Cat’s deduction of Kara being Supergirl is the first time the former’s journalistic skills have been shown, rather than simply spoken about, and the potential to alter the entire relationship dynamic presented itself in the moments when Cat revealed her knowledge of Supergirl’s identity. While Kara’s desire to keep her identity secret from Cat is made apparent during the episode, having the storyline played as a comedy does a disservice not only to its emotional underpinnings, but to the development of Cat as a whole. In addition, the storyline itself feels rushed as a result of the episode having to cater to two other unconnected storylines. Cat’s realisation that Kara could be out saving lives during the time that she’s working as an assistant is a well-founded one, and Kara’s rebuttal that she needs Cat’s guidance and the stability the job provides her to ensure she doesn’t undertake rash actions also helps add another layer of understanding to the character. But both of these ideas deserve an episode to be fully fleshed out, and an attachment to a storyline that’s not played for laughs.

The rushed aspect of the episode is also glaringly present in Supergirl’s discovery of Hank’s real identity. The discovery that not only are there other aliens in the universe, but that there’s one working with her, should be a major change for Kara, as it gives her someone else who can sympathise with her feelings of being torn away from her home and not having someone who can truly relate to her condition. This kind of discovery warrants more than just a brief scene tacked on at the end of an episode, for at the very least it alters Kara’s understanding of what Hank is capable of when fighting Kryptonians or other threats. The fact that Alex did get a significant amount of time to come to terms with Hank’s real identity only serves to make the contrast more visible. While the mishandling of these ideas lessens the impact of the episode, it’s nonetheless a solid return for the show. Benoist continues to acquit herself excellently in the lead role, and the development of both Maxwell Lord and General Lane bode well for the season, particularly in their differing displays of ruthlessness. How their approaches contrast to that of Astra, Non, and the Kyptonians, and how Kara deals with the threat of Lord without inadvertently proving his point will be worth watching for as the season continues.