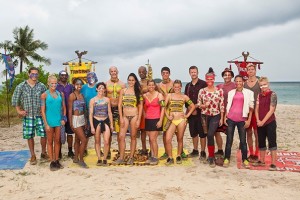 For its 25th season, Survivor heads to a new location in The Philippines for an outing that offers some new approaches to the formula. One major change is the split into three tribes with six contestants in each group. This move is designed to avoid the irritating Pagonging that has dominated recent years. This split will likely appear for only a limited time, but it should form different alliances that won’t allow a single group of five to control the game. That’s the general thinking at least. There are three returning players this time, which is another reason for having an extra tribe. The twist is that each guy was medically evacuated from the game during a previous appearance. While it feels like a gimmick, it could be exciting because they’ve chosen interesting players. Thankfully, this was not an excuse to bring Colton right back onto the show. 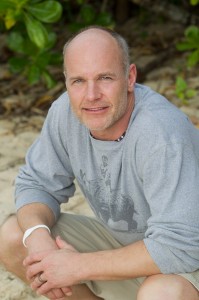 The three returnees are Jonathan Penner, Russell Swan, and Mike Skupin, and all three are likable guys. This goes against the general trend of bringing back notorious players like Russell Hantz or Coach. Penner was disliked by other players in the Cook Islands, but he was a pretty harmless foe. He’s a TV writer with an intelligent wit, so he differs from the typical reality contestant. He had a solid footing in the game in the “Fans vs. Favorites” season when a knee infection ended his run. Swan was the “other Russell” in Samoa and departed after overheating during a challenge. That was one of the show’s scarier moments and dramatically changed that game. Swan doesn’t have a big personality, but he seems like a nice guy. The most interesting returning player is Skupin, who left after badly burning his hands way back in the second season. Returning 23 seasons after his original appearance, he’ll need to adjust to survive in this much-different competition. 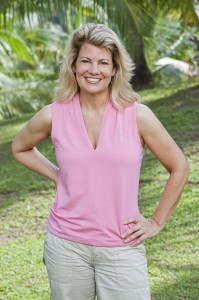 The other cast includes several recognizable faces from beyond the Survivor landscape. Former Major League Baseball player Jeff Kent made plenty of enemies during his time in the league, which makes him perfect for this show. In his bio, he wishes he could bring a “pillow to put my most valuable body part on a soft spot” to the island. That is disturbing. Another celebrity is Lisa Whelchel, who starred as Blair on The Facts of Life in the ‘80s. She’s a super fan and not the result of stunt casting, which makes her a lot more interesting. This season also has its share of former beauty pageant contestants. Angie is a 20-year-old who was the Miss Utah Teen USA in 2010. She definitely looks the part and is likely to be at the front of promotional materials from CBS. There’s also Katie, who was Miss Delaware USA in 2011. What is it about Survivor that brings so many pageant queens? She’s only two years older than Angie but seems a lot tougher, which should help her to handle the physical rigors of the show.

One of the main differences in recent years is the frequent casting of over-the-top characters who grab screen time by being ridiculous. The most likely candidate this time is Zane, a tire repairman who lists Brandon Hantz as a similar player. This is not a good thing. He’s also very religious and hopes to win the money to buy a tow truck. We also have two guys who say they’re going to model their games on Russell Hantz. Pete is arrogant and says he wants to be the “alpha male” of the show. First of all, that means his chances of winning are virtually nonexistent. Also, he doesn’t seem very self-aware. His hobbies are listed as “going to bars and meeting girls, going to the gym, and making beats.” The other goofball is Malcolm, who at least seems to have a sense of humor about it. Anyone who cites his inspiration in life as “O.J. Simpson before the legal drama” must realize he’s being silly. 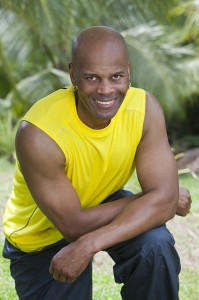 Looking at the contenders, an intriguing pick is Artis — a 53-year-old computer engineer who beat stage 4 cancer. He seems like a bright guy who still has the physical skills to be valuable during the challenges. Another interesting player is Denise, a sex therapist from Iowa who could fly under the radar. She seems genuine and upbeat, which should make her a likable ally for wise tribe mates. A possible contender is RC, an investment banker who’s ready to play. She also seems like a physical threat that won’t face the early boot due to weakness. None of these players receive the coveted spot of being the predicted winner. Here are some fearless predictions for Survivor: Philippines!

First Player Voted Out of the Game: Dana
Most Likely to Get the Crazy Edit: Zane
Underrated Sleeper Who Could Surprise: Lisa
Biggest Contender for an Early Blindside: Jeff
The Winner of the Million Dollar Prize: Penner 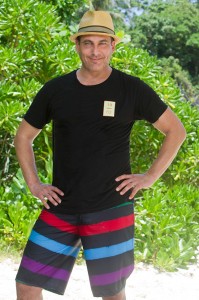 Picking which player will go out first is nearly impossible. The two-minute online videos can offer clues about who is truly ready to handle the social and physical challenges. Dana is a likely candidate because she seems a bit naïve about the game. Also, the sad trend of weaker female players going first will probably continue. In choosing a winner, it’s hard to know if the new contestants will give the returnees a chance. Penner is funny and likable and doesn’t seem like a huge physical threat, so his chances are good. If he can survive the first few boots, he’s a prime candidate to win the top prize. Regardless of who wins, it will be refreshing to see the return of swimming challenges. They’ve been sorely missing in recent seasons and should spotlight the natural beauty of the new location. 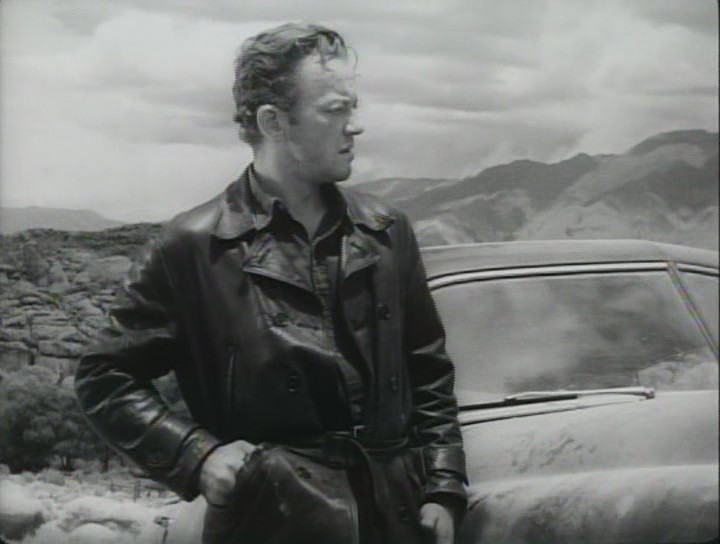