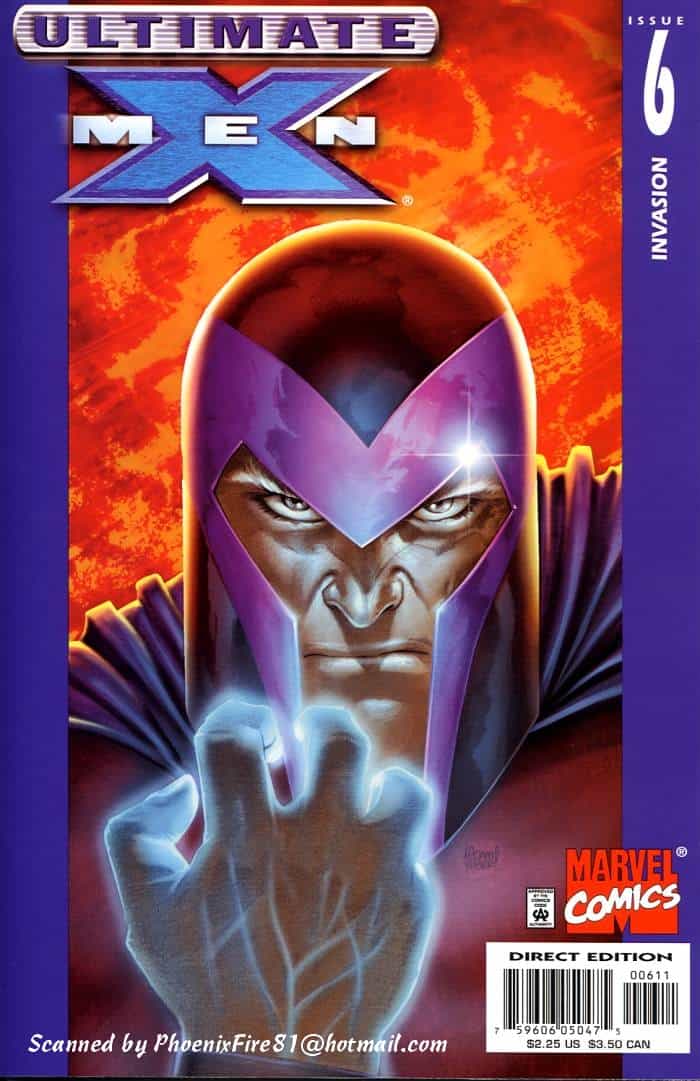 With a dose of political satire, some soaring team-up action grounded in character moments (Storm struggling with her power; Quicksilver’s daddy issues; Wolverine the reformed assassin), and a robust arc for Cyclops, Ultimate X-Men #4-6 is definitely an improvement over the preceding three issues. The “death” of Beast is a cheap storytelling ploy, and I am still skeezed out from Wolverine’s sexual liaison with Jean Grey, but Millar and the Kuberts end this first arc on a triumphant, if dark note albeit with some skeletons in the closet waiting to be brought out for the following “Return to Weapon X” storyline. 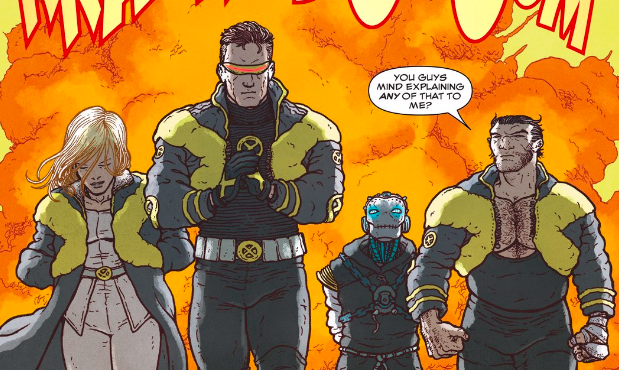 E Is For Extinction #2, without any real revelatory character work or struggles, ends up being one giant fight comic. Villalobos and colorist Ian Herring choreograph a brutal fight, no matter whether the fight is verbal or physical. The pettiness of both the good and bad guys makes this comic just a fight about egos which seems exciting but ends up being a bit empty because for all of the bluster, it’s not really fighting for anything other than being just another tie-in to an event that has a massive amount of tie-ins. 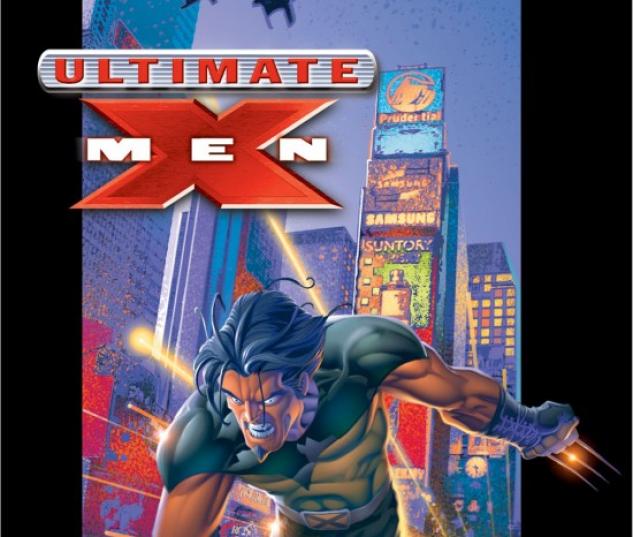 Mark Millar and Adam Kubert’s work on Ultimate X-Men #1-3 really is the blockbuster action take on the X-Men, but there is enough flashes of characterization, pretty layouts (Not so much those ugly leather costumes.), and clever twists like Wolverine being a bona fide villain and Colossus’ old crime boss supplying Magneto with a nuke. It’s not a particularly deep comic and scratches the surface of the idea of “post-humanism”, but Ultimate X-Men #1-3 is adequate popcorn entertainment, which led to it selling like hotcakes. (Ultimate X-Men #1 was the number one book in December 2000 with 117,085 copies, and issues 2 and 3 stayed in the top 3 with numbers around the 90,000 range.) 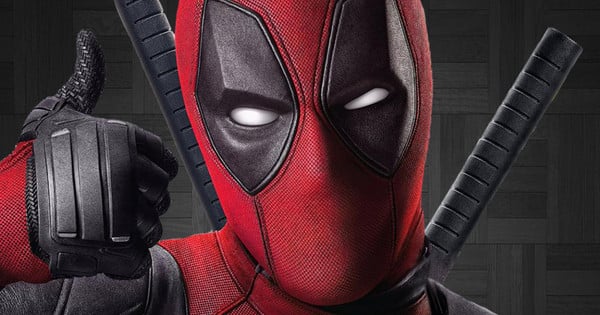 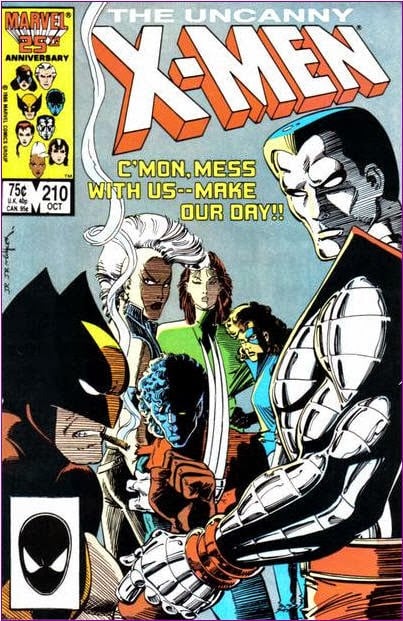 Uncanny X-Men #210″Mutant Massacre”, a storyline running through various issues of Uncanny X-Men, X-Factor and New Mutants (as well as Thor, Power Pack and one loosely-connected issue of Daredevil) in the fall of 1986 is superhero comics’ first crossover event storyline, a style of storytelling that, following the success of “Mutant Massacre”, became a recurring device used by Marvel and DC, so much so that nowadays, these events are annual occurrences, with the entire lines of superhero comics from both companies impacted by their narrative gravity. Thus, “Mutant Massacre” represents not only a significant occurrence in the narrative of the X-Men, but for superhero comics as a whole.

This time last year we got word that Magic Mike … 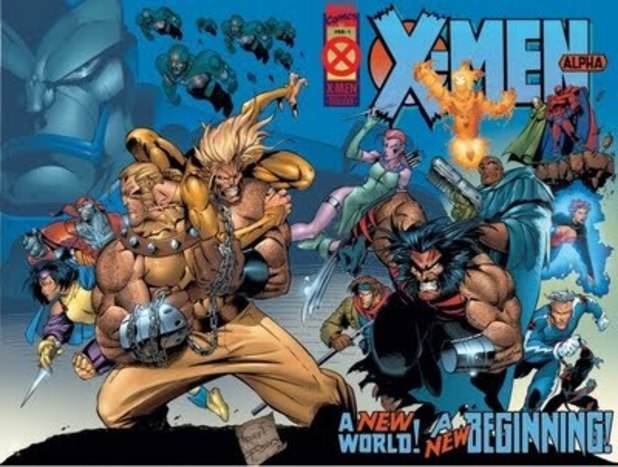 Imagine a world where Hank McCoy is a sadistic geneticist, or where Cyclops is the right hand man of Mr. Sinister, or where Mystique is not nearly as neglectful of a mother, or where Magneto leads the X-Men. This reality was presented in The Age of Apocalypse, the most ambitious and sprawling of any X-Over, where Charles Xavier is dead, Magneto is the planet’s last hope, and Apocalypse has reshaped half the world to suit his own hellish designs. As far as crossovers and event comics go, The Age of Apocalypse is the summer blockbuster of all crossovers. Whereas Onslaught was like The Matrix Reloaded, a complete and utter failure that did its best to murder a franchise, The Age of Apocalypse was akin to Jurassic Park, a mile-a-minute thrill ride laced with breathtaking visuals and an intriguing central concept. 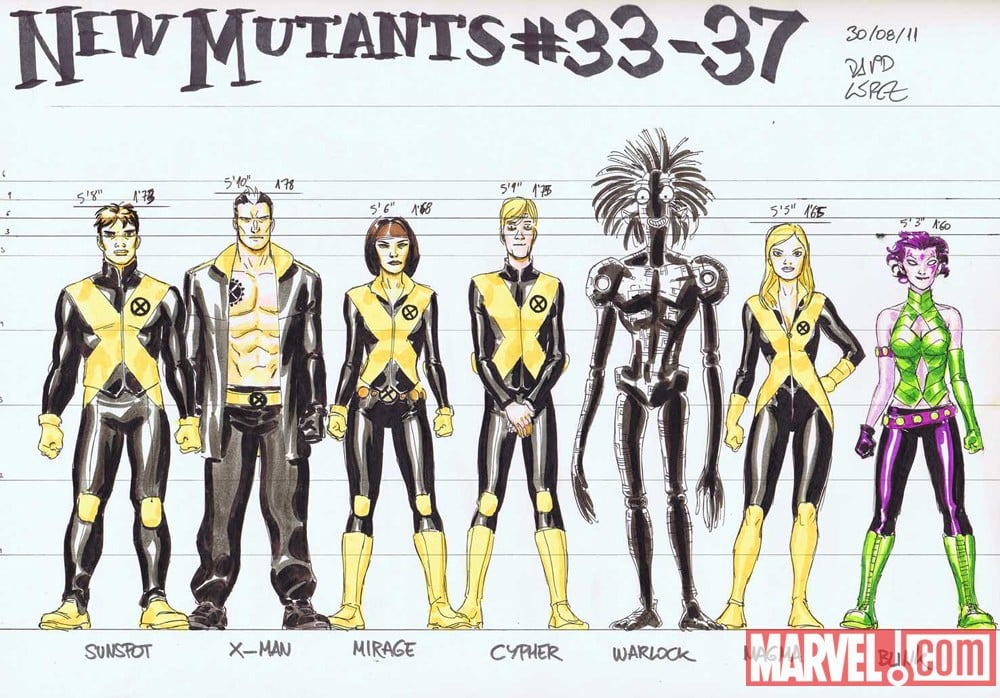 With Hugh Jackman’s tenure as Wolverine coming to a close, … 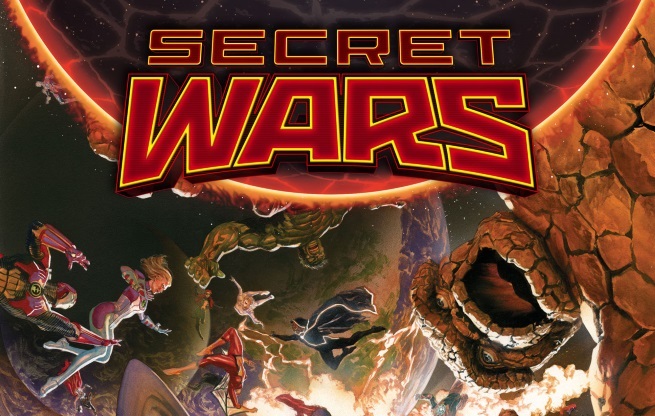 For the most part, Hickman and Ribic keep Secret Wars #1 from being too bloated with timely reaction close-ups of characters, and little jokes or insights into them, like Thanos being disgusted with humanity’s fear of death or the aforementioned Rocket joke. Esad Ribic’s storytelling makes this comic work as a pure work of superhero action with cutting panels for his sharp fight scenes. He also uses well-placed montages as the stakes continue to get higher as the comic progresses. Secret Wars #1 is a true superhero epic with wide-screen action, the occasional character insight, and real consequences even if it may be a little too expansive at times. 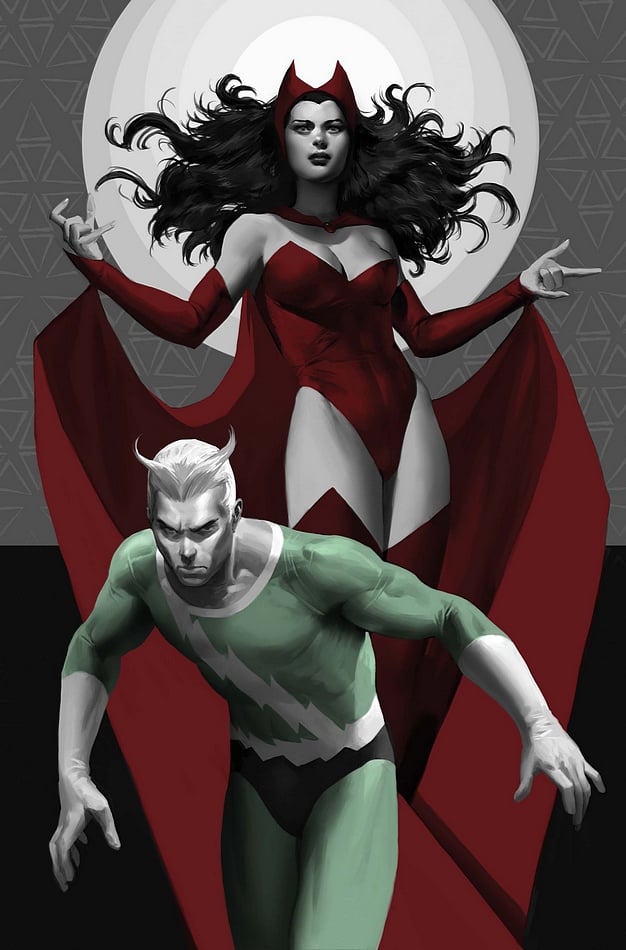 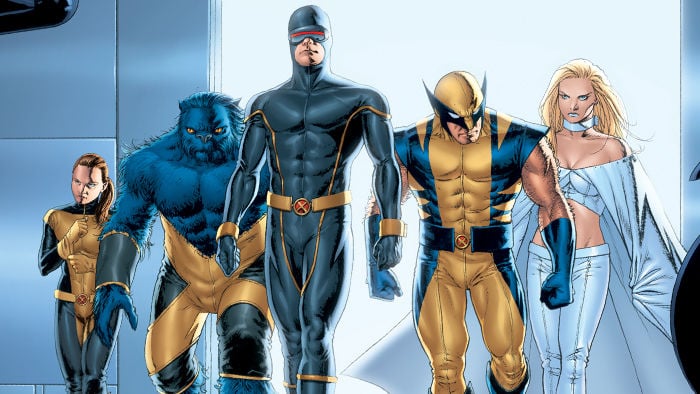 Astonishing X-Men “Gifted” is one of those storylines that will make long term X-Men fans purr with delight beginning the Claremont era flashbacks in issue one. (Cassaday mimics Byrne’s art quite well.) It also can turn fans (like me five years ago) of the films and cartoons into mutie and comics junkies. Whedon pays homage to older X-Men stories without getting mired in continuity and quickly places his own stamp on the franchise by creating a new alien foe for them (Ord of the Breakworld), exploring the mutant as outsider metaphor with the cure of the X-gene, giving SHIELD a new branch (SWORD), and also bringing a beloved character back from the dead (Colossus) in a touching, visceral way that serves the long term storyline. However, the best part of Astonishing X-Men “Gifted” other than John Cassaday’s detailed, cinematically composed art and Whedon’s insanely quotable dialogue is the character arcs for each X-Man nestled in the bigger plot. 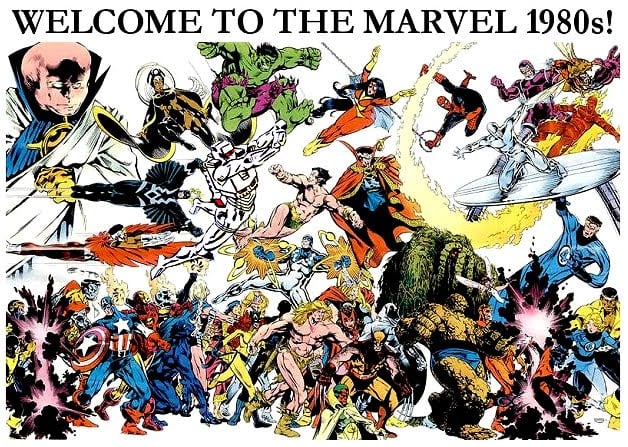 The internet is an excellent place to discover incredible fan …

After taking time last issue to decide what to do with the mysterious Black Vortex, the Guardians of the Galaxy and the X-Men finally come to blows with their cosmically transformed teammates. But while Star-Lord and the other heroes debate their next course of action, another hero may just lead the charge in his place… 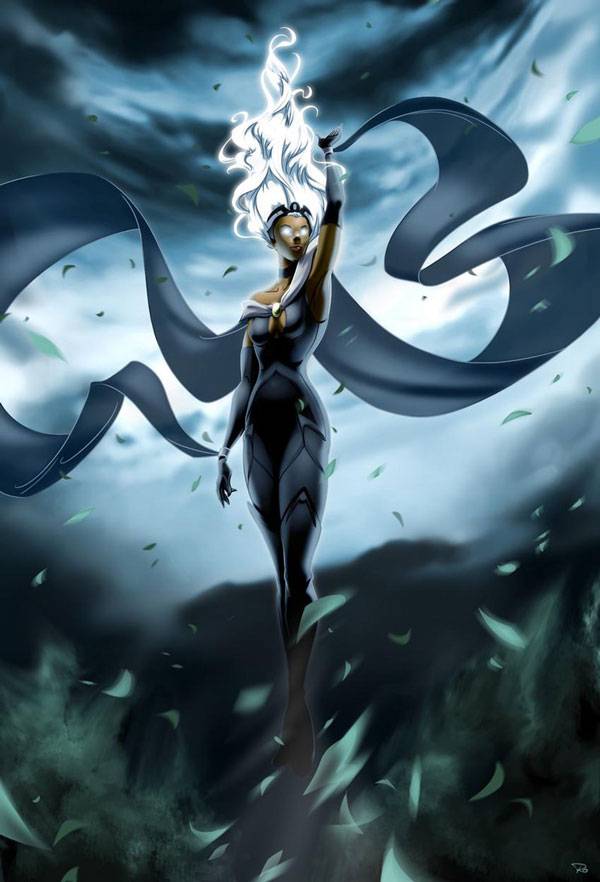 Storm, easily Marvel’s most high-profile female African-American character (and of the first such characters in superhero comics), is a character whose most prominent and well-executed storyline occurred nearly two decades ago. In the mid-80s, longtime X-Men scribe Chris Claremont crafted a long story arc for Storm, which found her shedding her ethereal, goddess-esque image in the face of the burden of leadership and a desire to experience life more fully in favor of a more striking punk look and sensibility. Then, she lost her mutant powers and was forced to prove her worth as leader of the X-Men on her non-superpowered skills alone, a feat she accomplished with aplomb, continuing to lead the X-Men through some of their darkest hours (including the massacre of the Morlocks) before ultimately finding a way to restore her superpowers. 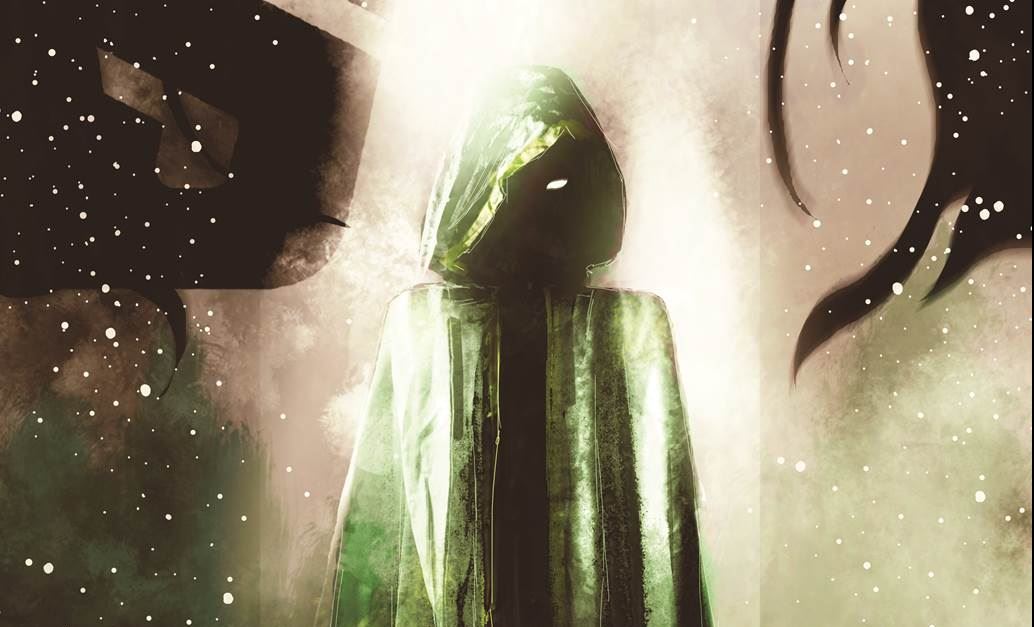 After an extended introductory issue, Marvel’s “Black Vortex” event dives right into the cosmic fray with Guardians of the Galaxy. After securing the Vortex, the Guardians and the X-Men get a moment to decide what to do with the artifact. But with a rift forming between them, can the heroes get their act together before their enemies catch up with them? 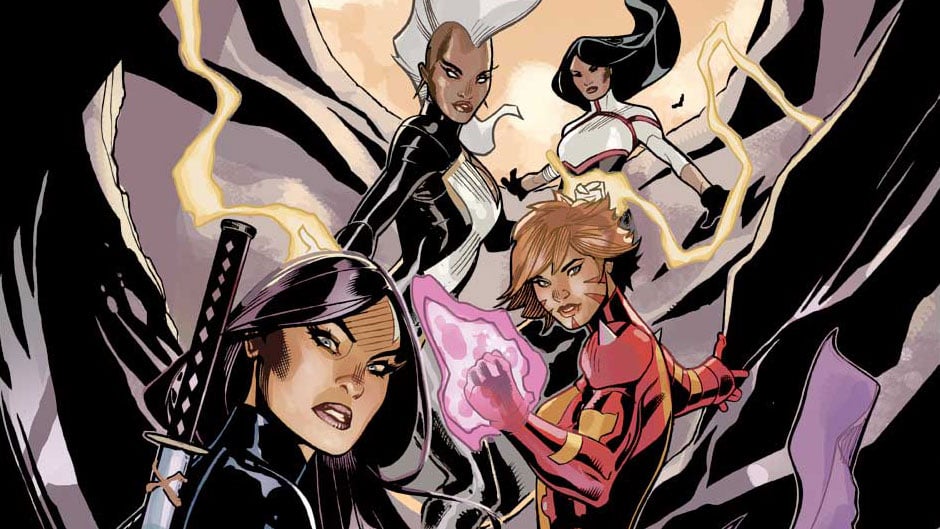 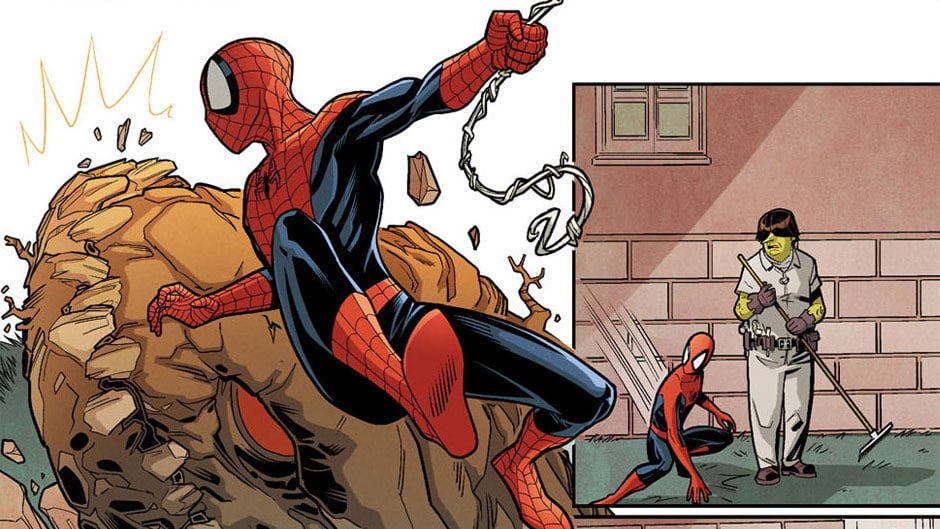 Wolverine is dead to begin with. How permanent is his death remains to be seen. For the time being though, Wolverine’s possessions have been collected and his last wishes read. The Jean Grey School for Higher Learning will never be the same. As his replacement, Wolverine has chosen Spider-Man to fill the position of Guidance Counselor for a rather erhm, Special Class of mutants. 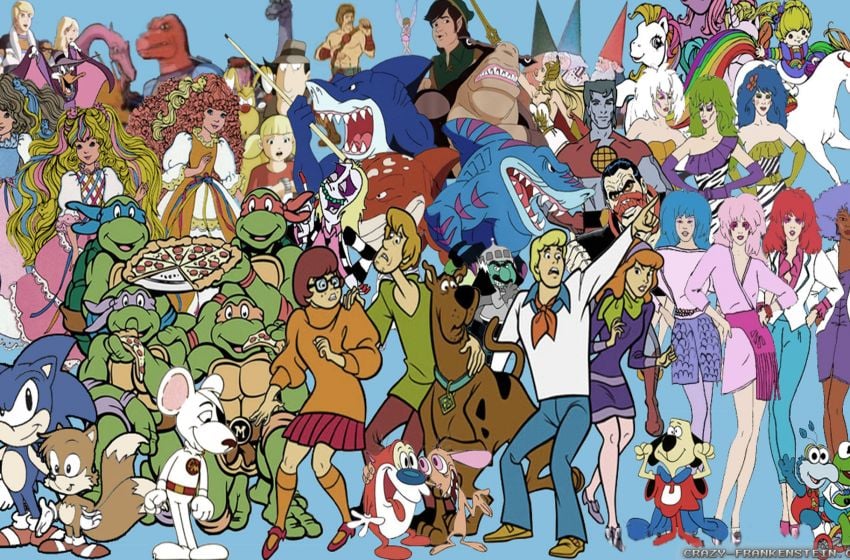 2014 marked the end of many traditions that pop culture … 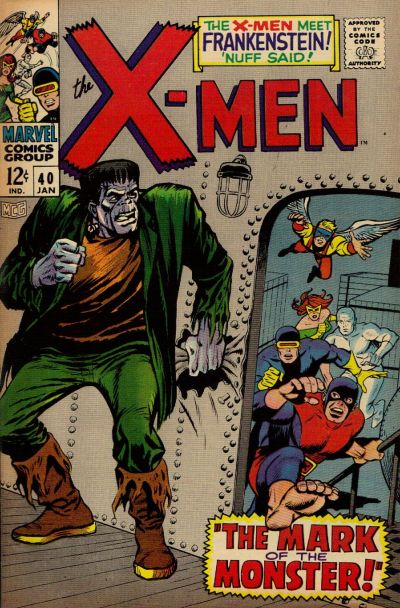