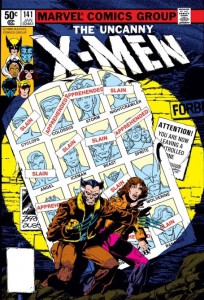 In a dystopian 2013, the United States has been torn apart by mutant hatred and the Sentinels conquer over all. Mutants are either killed or thrown into internment camps, and humans possessing a recessive mutant trait are forbidden to reproduce. The majority of the costumed superheros (even those who are not mutant) are long dead, with the few remaining X-Men sticking together: Logan (Wolverine), Ororo (Storm), Rasputin (Colossus), and Kitty/Kate Pryde. The other superhuman survivors Franklin Richards (child of Reed and Sue Richards) and a telepath named Rachel who was born in this dark time line (she later time travels back into the main time period and joins the X-Men, where she’s still a member today) also aid in the Anti-Sentinel Resistance. 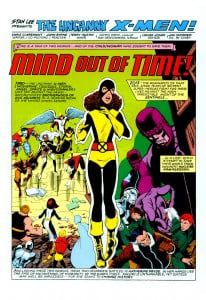 The future looks even more grim for the remaining mutants in 2013, with the looming threat of nuclear annihilation. With the help of Magneto, the remaining X-Men manage to send Kate Pryde’s mind backward in time to inhabit the body of her 13-year old self in 1980 (her teenage mind will travel the opposite direction and inhabit her 2013 body). Pryde has to attempt to prevent a turning point that drastically worsened relations between mutants and humans: the assassination of Senator Robert Kelly by the new Brotherhood of Evil Mutants, now led by Mystique.

Looking back on this comic today, it is remarkable how massive of a story this is — dense in plot without ever becoming convoluted, full of rich dramatic developments and characterization, with a fury of action in the second half; — while only being two issues in length. Chris Claremont and John Byrne tell a moving drama, with powerful allegorical content (something Claremont often excelled at on his tenure on The Uncanny X-Men) without wasting a single panel. A comic arc written today with a scope as large as “Days of Future Past”’s would likely be five or six issues long. And there’s no reason why this couldn’t make a great story at that length without being padded; thrown into an alternate future where Sentinels rule over the entire country, an adult Kitty Pryde possessing the body of her teenage self, Mystique reforming the Brotherhood with a brand new roster; this premise has nearly endless potential, and room for further exploration. It’s difficult to say whether this very comic would be improved with an additional issue or two, because as it stands now, it is pretty incredible. The first half, issue #141, is one of the most iconic comic book issues (and covers) in history, and gets through an astonishing amount of exposition and storytelling while not just avoiding the common route of high concept stories not living up to their potential, but also being a very entertaining book. 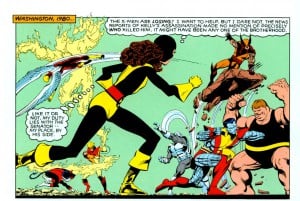 Chris Claremont’s lengthy run on The Uncanny X-Men remains lavishly exhilarating to read, as well as positively refreshing for all the spotlight he gave to his female characters, especially in an era where there weren’t nearly as many female oriented comic books as there are today. “Days of Future Past” occurs just three issues after Cyclops left the team, with Storm being promoted as new team leader, a move which would permanently elevate her standing amongst the X-Men. It was positive representation for women and also people of colour, another often marginalized group of people in comics (and the pop culture arts in general). Then there’s team newcomer Kitty Pryde, who had only joined the team a couple issues prior to her leading role in “Days of Future Past”, where the fate of the world literally depends on her. Whether she’s an enthusiastic 13-year-old or a cynical 46-year old, Pryde is an infectious character, one you can’t help but cheer for.

Unfortunately, Hollywood is taking a step back in female representation by swapping Kitty Pryde with Wolverine, because Hugh Jackman has only been the star attraction in five previous X-Men films and quite obviously that isn’t enough. Perhaps in an alternate time line, in another dimension even, there exists an X-Men: Days of Future Past film starring Ellen Page. And it’s probably amazing.

The story arc “X-Men: Days of Future Past” can be found in a trade paperback book of the same name. To get more bang for your buck, the paperback includes a handful of other Uncanny X-Men issues, the ones preceding and following the classic story. 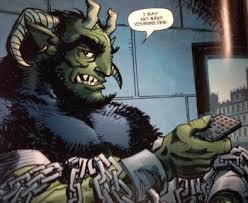 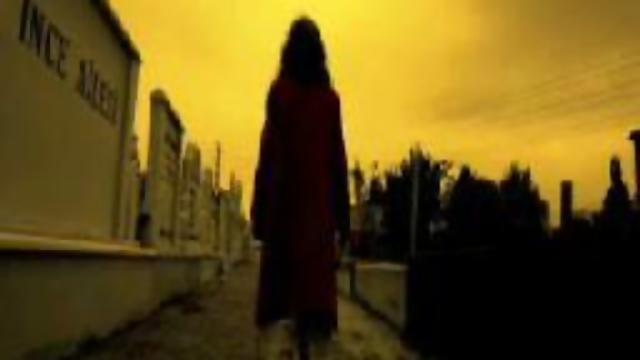