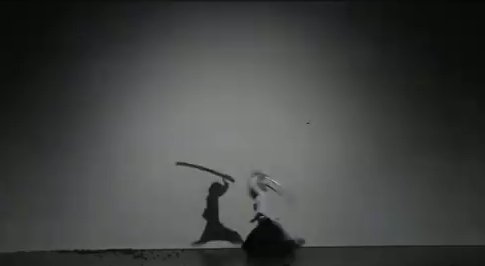 Taichi Saotome is considered to be one the most beautiful men in Japan. The 17-year old actor is a famous onnagata (female impersonator), who has starred in everything from jidaigeki (period pieces) to Zatoichi movies. His father is the head of the gekidan sujaku theatre troupe, and Saotome grew up within the troupe, performing primarily in taishū engeki, a theatrical form related to kabuki, but less formalized. Though he has not appeared in many films, he has acted in two movies by director Takeshi Kitano. The first was Zatoichi, where he portrayed the child Seitaro who, when older, disguised himself as a geisha and later he starred in Takeshis’, in which he was credited as himself, playing a young female impersonator and dancer. The actor has a powerful fan following in the theatre, and after watching the videos below, you will understand why. The first clips shows the stage performance of actor Taichi Saotome, sword fighting with his own shadow. Enjoy!