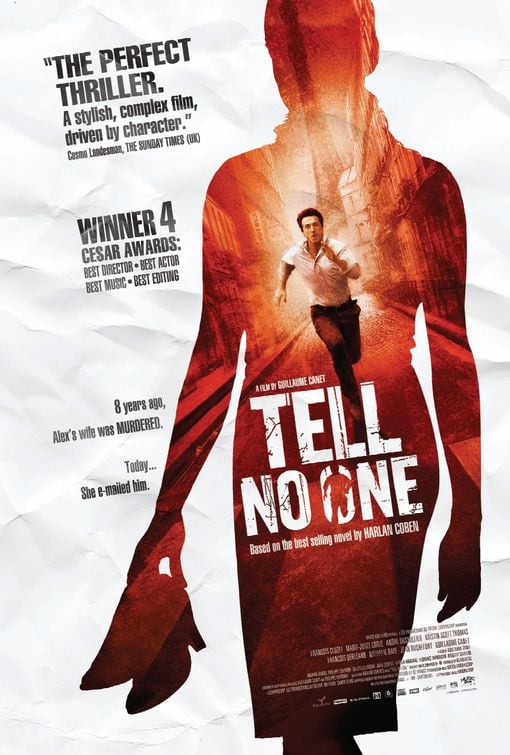 So, it was announced as of April 2009, that Guillaume Canet’s incredible French thriller Ne le dis à personne (Tell No One) will receive the ultimate Hollywood retouch. An English language remake. Not much was heard after that announcement, but now according to Variety magazine Miramax and Focus Features will be handling this one.

Tell No One was an excellent film, and huge success in its native France. Coming from the hands and mind of its French actor turned director Guillaume Canet, it was well received, reviewed, and loved by audiences across France.

It is a complex thriller and mystery based on the novel by Harlan Coben, which follows a pediatrician who’s spent several years grieving the death of his wife when he suddenly discovers she might still be alive after receiving a text message from her.

The film was noteworthy for casting some of the finest actors in France including François Cluzet, Marie-Josée Croze, André Dussollier, Kristin Scott Thomas and François Berléand. No word has been set on who will be cast in the American remake.