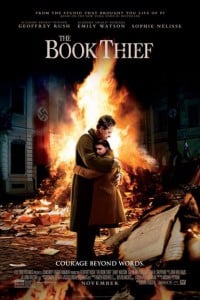 We have, by now, seen so many stories set during the Second World War that to attempt a new one means that a writer has to come up with a new angle, something so fresh that no one’s seen it before. Anyone can craft a tale of a young girl’s coming of age in Nazi Germany; even if the intent is to create and develop multi-faceted characters, not just howling, evil goose-steppers, there has to be a hook. For better or worse, The Book Thief, based on the popular young adult novel of the same name, does have a hook to set itself aside from every other World War II drama. The problem is, unfortunately, that the hook is massively misguided.

Ironically, The Book Thief might have been a bit more generic and pedestrian if it weren’t narrated by Death, but it also would’ve left less of a bitter aftertaste. Yes, you read that correctly: as in the novel by Markus Zusak, the story of Liesel Meminger and her time spent with a German foster family in World War II is looked over by Death itself. Perhaps the book does a better job of making this narrative tactic feel necessary, more than just an initially glib way of viewing World War II. When Death, voiced in the film by British character actor Roger Allam, blithely refers to how soldiers in battle aren’t running to the enemy, but “running to me,” it’s a cold and woeful attempt at pitch-black humor. The story itself is fairly episodic and often a bit too maudlin; mostly, the performances balance out the potential for an overload of sentimentality. But then there’s the specter of the Grim Reaper, hovering around and over each frame. 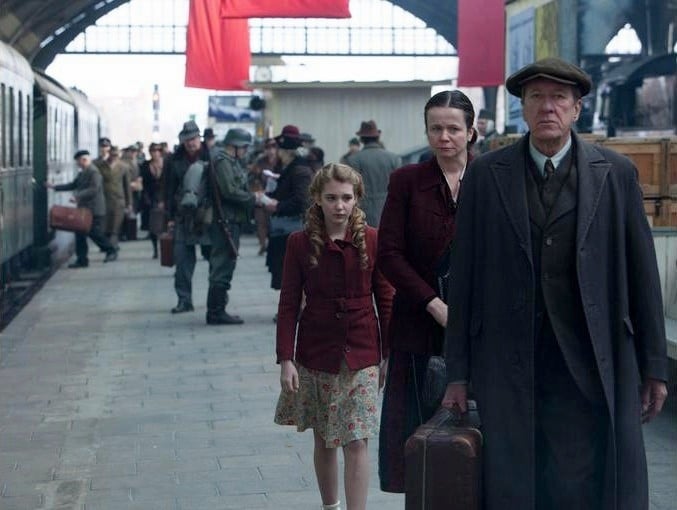 Personifying death (at least aurally) may be a novel idea, and one that works better on the page. Maybe the real issue is that Death only speaks a handful of sentences throughout; screenwriter Michael Petroni, adapting from Zusak’s novel, limits Death to nine different sections of voiceover, many of which are literally only one sentence of dialogue. Why have Death narrate a story if there’s no good reason for it…or him to be telling the story in the first place? It isn’t hard to wonder why Liesel (Sophie Nélisse) and her foster parents (Geoffrey Rush and Emily Watson, both predictably quite good), and their story, would touch even the coldest of hearts–though who knows if Death ever had a heart. This, even though their introverted struggle to survive and do good in a country that, on a grand scale, chose to do the opposite doesn’t feel terribly unique. But almost every scene of the film doesn’t require any narrator, let alone Death. It’s an odd choice for the film to keep Death’s presence to a minimum, considering how prevalent the walk to the grave is, from the opening scene.

All that aside, Rush, Watson, Nélisse, and Ben Schnetzer (as a young Jewish man who Rush’s character agrees to hide in their small house) all deliver impressive performances. They’re almost good enough to turn The Book Thief into a fine, if not truly sterling, period piece. Outside of the narrative device, what makes The Book Thief feel a bit too commonplace is the direction (from Brian Percival, recently of Downton Abbey) and minor inconsistencies throughout. Consider: a few times in the first half of the film, characters converse with each other in German, with English subtitles. But the majority of the film’s dialogue is spoken in English, with a tinge of German accenting from the performers. This may be an old saw—why set a movie in a foreign country and have everyone speak English?—but seeing as the first scene with dialogue is subtitled, and every character in the film is German, the better question may be: why even have subtitles? It’s a small nitpick, yet it stands out like a sore thumb, just as when Sophie’s neighbor and close friend Rudy refers to his “soccer” ball, even though soccer is a phrase commonly associated with North America. Sometimes, it’s the little things that rankle more than the big picture. 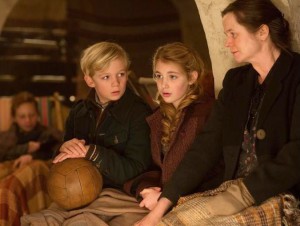 Without the voiceover narration, The Book Thief is a well-acted look back into the past, but not a particularly revelatory one. (Without question, the best moments in the film all feature the same image: Geoffrey Rush playing accordion. The looks on his weathered face are glimpses of a man at peace, something no dialogue can accurately capture.) With voiceover from the Grim Reaper, The Book Thief is a well-acted but somewhat ill-intentioned drama. The source material, which uses the same device, may do so with more ease and confidence, and less glibness. From page to screen, though, the idea becomes only intriguing in theory. The Book Thief may have its heart in the right place, but its message loses more than a bit in translation. 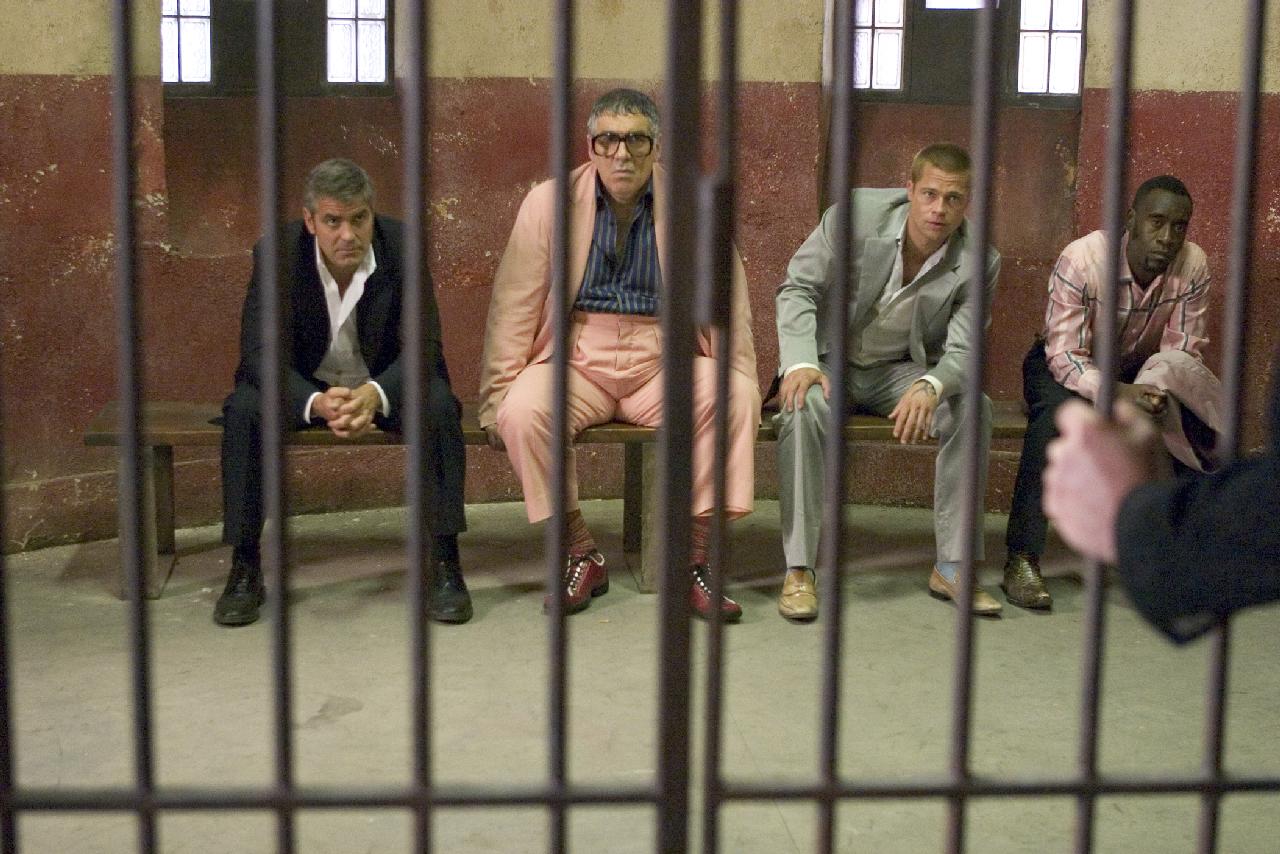 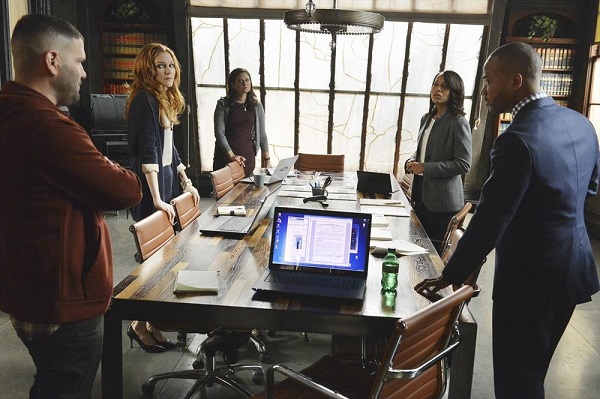