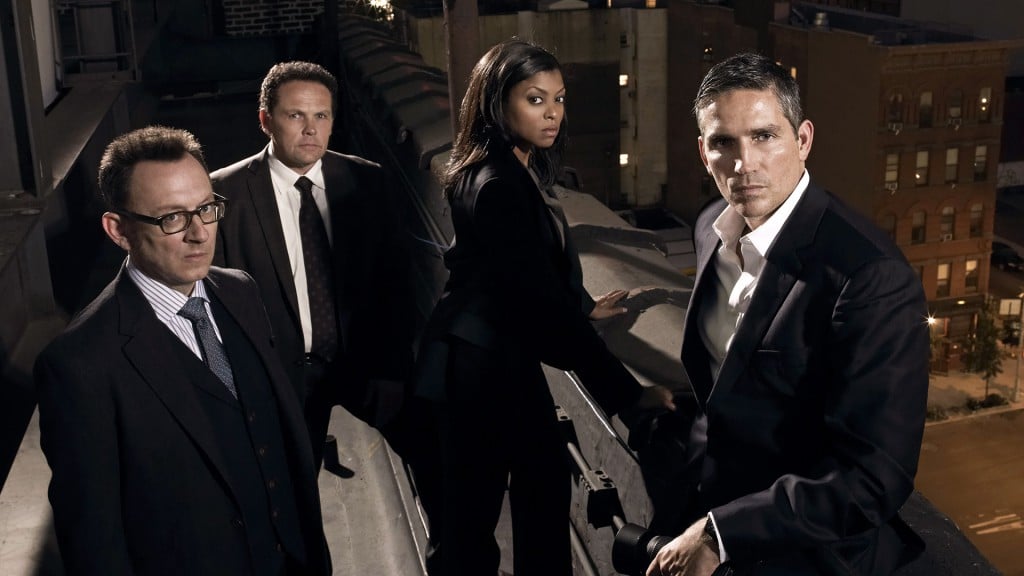 One of the hallmarks of the modern era of television is an increased critical focus on the visual aspect of the medium. For years, when a film critic said a movie “looked like television,” they meant it as an insult. That statement implied that the film in question was shot in an entirely functional fashion, with a lack of creativity involved in the camerawork and shot choices. That stigma has dissolved over the last two decades, with the onset of the much-lauded golden age of television. Today, directors of photography like Michael Slovis and Chris Manley, best known for their work on Breaking Bad and Mad Men respectively, are doing work that rivals that of Hollywood’s top cinematographers. You can see the impact in the increased fluidity of the television and film spheres. Breaking Bad was able to bring successful movie director Rian Johnson over to TV, and Game of Thrones director Alan Taylor was able to spin his TV work into a movie gig directing Thor: The Dark World. There is a danger, however, in suggesting that emulation of film-style cinematography is the goal all television should aspire to, because that goal ignores some of the unique strengths of TV.

Person of Interest premiered on CBS in September of 2011 as a simple twist on the procedurals that are its network’s bread and butter. Every week, eccentric billionaire Harold Finch (Michael Emerson) and ex-special forces agent John Reese (Jim Caviziel) receive the social security number of one resident of New York City, the “person of interest” who gives the show its title. All they know about this person is that he or she will be involved in some sort of crime. It’s up to Finch and Reese, and a larger cast of characters in later seasons, to discover whether this person will be the perpetrator or the victim. That premise gives the show its case-of-the-week structure, while the more serialized, season-long plots revolve around the conspiracies related to the mysterious device, so important it comes to be known simply as “the Machine,” which generates those numbers for Finch and Reese. Over the course of the first few episodes, the audience learns that this machine is an artificial intelligence with access to every camera feed in NYC, a surprisingly prescient premise that has given the show increased political relevance in the wake of today’s surveillance concerns.

In a nod to conventionality, every episode begins with an opening montage that re-explains the premise, as Emerson delivers a monologue explaining how “the government has a secret system: a machine that spies on you every hour of every day” over faux-security footage of the show’s regulars. This intro, which is clearly designed to make the show more friendly to drop-in viewers, at first appears to suggest Person of Interest is closer to NCIS or Law and Order than Elementary or The Good Wife, both of which have earned critical acclaim by successfully blending procedural elements with long-form serialized storytelling. The Good Wife, in particular, tends to begin episodes with disorienting cold opens, trusting its audience to keep up. It would be easy to label Person of Interest an entirely traditional procedural based on its opening and be done with it, but that intro actually accomplishes a more complex goal: it is the first step in establishing the show’s visual language, which has grown increasingly complex over the course of the show’s three seasons.

The necessary caveat to any recommendation of Person of Interest is that it doesn’t get off to a strong start. After an intriguing pilot, most of the first season is composed of mediocre-to-bad episodes and it’s only as the season wraps up that it starts to fulfill the potential apparent in its premise. The early episodes also feature what at first appears to be an annoying gimmick: when the story requires the use of an establishing shot, it adds a layer of visual effects to the shot suggesting the shot originates from a security camera. Establishing shots are a common device on procedurals, because they quickly convey information about the location of the next scene. They are so common, in fact, that it is jarring to see a show diverge from the formula. Scandal is another show that has attempted something similar, but its quick scene transitions, always accompanied by camera shutter sound effects, have never stopped being annoying. Thankfully, Person of Interest’s security camera shots are less intrusive, and cease to irritate after a few episodes.

It might seem odd to spend time talking about the use of establishing shots—they are, after all, one of the basic building blocks of visual storytelling and are both ubiquitous and largely unworthy of comment in modern TV. But from the very beginning, Person of Interest uses them with a specific purpose. Every time the show features an establishing shot, it is effectively showing the audience the perspective of the Machine. When an important person walks on screen, a visual overlay might appear, providing information about that person’s criminal history. Over the show’s run, the density of information conveyed in this fashion has increased (now, much of it will only be read by fans who freeze-frame the shots), but the effect is the same: in order for the show’s premise to be believable, the Machine has to appear omnipotent. These security camera shots constantly remind viewers of that fact. Person of Interest also borrows a technique from Emerson’s previous show, Lost, and features frequent flashbacks. These flashbacks always appear within the framework of the Machine’s perspective, beginning with the Machine scrolling back through a timeline to find the relevant footage, and ending by scrolling back to the present day. The show fudges a little in those cases, sometimes showing events that could not possibly have been captured on camera, but those cheats are easily forgiven.

For most of the first season, these stylistic quirks are something close to window dressing and most viewers likely don’t notice how the show’s visual language differs from anything else on TV. However the first season finale, “Firewall,” unifies the show’s style with its plot. The episode features a threat to the Machine, already a divergence from the show’s usual subject matter, but it is the final minutes of the episode that are most notable. Genius hacker Root (Amy Acker) takes Finch hostage, and when Reese discovers this fact, he directly asks the Machine for assistance. The sequence plays out as a conversation between two characters: Reese stands in the street, looking up at a security camera, while the Machine looks down from that camera’s perspective. It is a standard shot-reverse shot scene, but it mixes the show’s two styles: the shots of the camera are normal, live action footage, while the shots of Reese from the camera’s perspective feature the surveillance camera overlay. Despite being on paper nothing more than a guy staring at a camera, it is an electrifying moment that blends the show’s formal inventiveness with its engaging plot.

That sequence presaged much of what was to come over the next two seasons. The Machine takes on a more active role in the story, eventually recruiting Root to act as its human agent, and as a result the show’s visual tricks have become increasingly relevant to the main storyline. In the 13th episode of the second season, “Dead Reckoning,” a virus begins to worm its way into the Machine’s systems and over the course of the next few episodes, the progress of this virus is represented as visual glitches in the standard Machine-perspective establishing shots. Other shows would remind viewers of the virus plotline through awkward lines of exposition, but Person of Interest’s solution is much more elegant. The third season continues that level of experimentation with the show’s visuals, culminating in episode 21, “Beta,” when a rival A.I. to the Machine is activated. Suddenly, the familiar red-and-black color scheme of the Machine is replaced by the black-on-white of this new system. This is a momentous event in the show’s narrative, underscored by the jarring shift in the visual framing device.

It’s hard to know who deserves credit for Person of Interest’s visual style. It could be an idea that came from series creator Jonathan Nolan or from the many directors who have worked on the show. In some cases, specific stylistic decisions may well have developed in the writer’s room. Wherever it originated, the show’s imagery is undoubtedly one of its strongest assets. It may not have the stunning cinematography of a Breaking Bad or a Hannibal, but what it does have is form that perfectly complements its function as 22-episode-a-season television. Person of Interest is a potential blueprint for the procedural going forward: a smart, entertaining show that is every bit as well-crafted as what prestige cable has to offer. 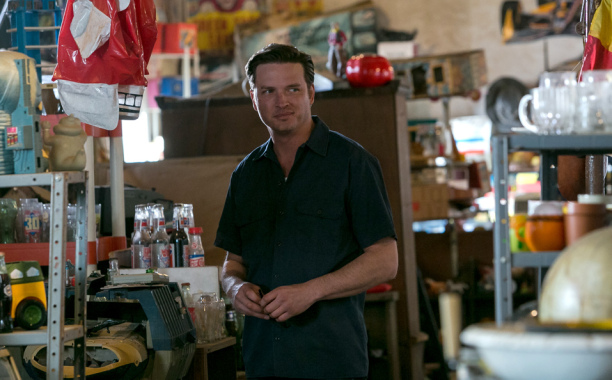 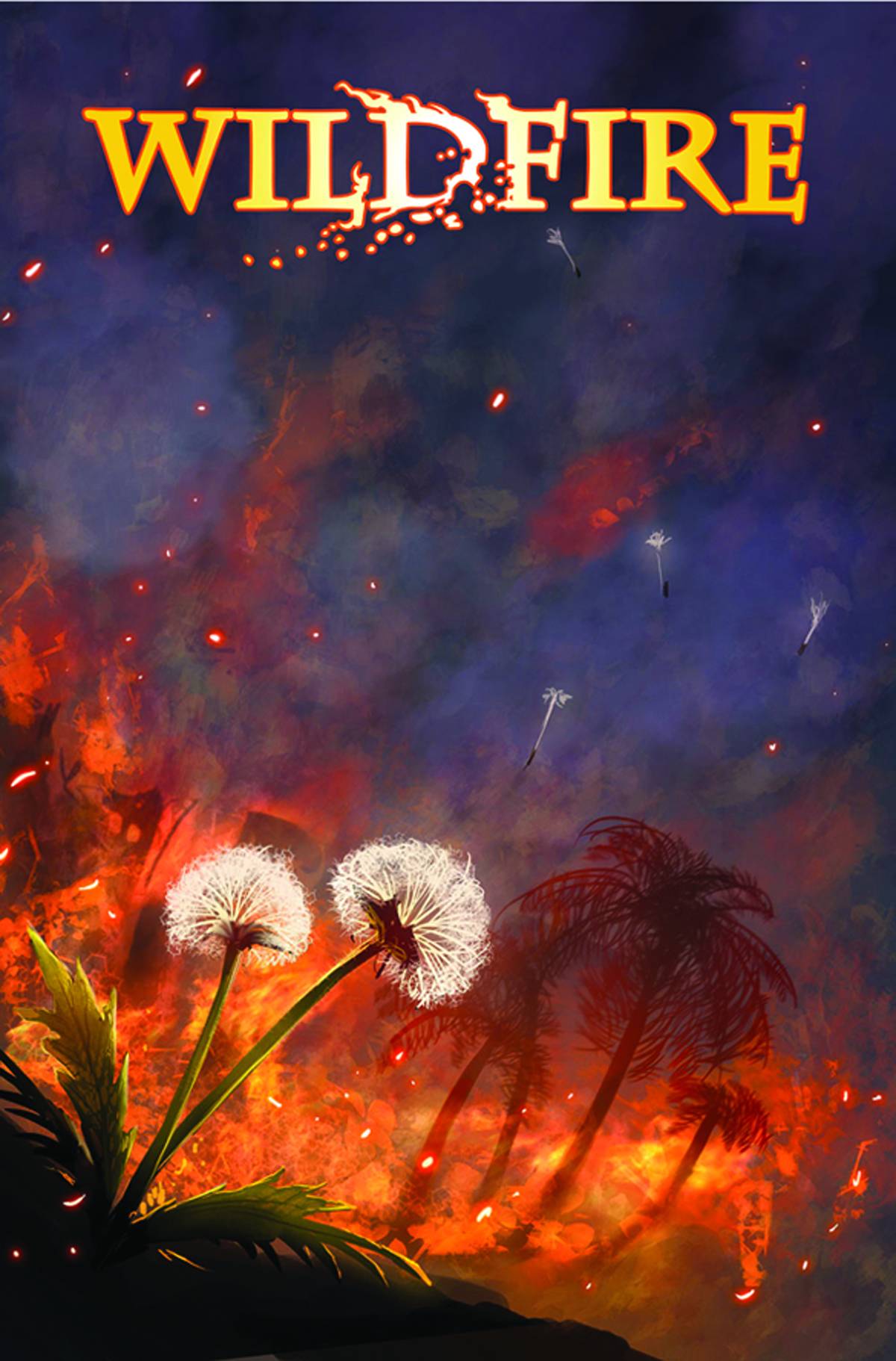