We’re technically over halfway through 2009, but a disproportionately large number of great films tend to spring up in the latter months of the year, so let’s call it halfway for the sake of our collective sanity. It hasn’t been a terrific year for filmgoing so far this year, but there have been enough films worth celebrating to justify a roundup. Keep in mind that these rankings are tentative – they’re largely based on single viewings, and my estimates of their relative worth may vary over the course of the year. My principal question when ranking new film is: “which films am I most eager to watch again?” With that in mind, my top ten films of the year so far, in descending order: 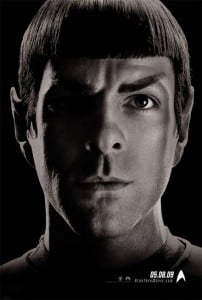 If someone had told you back in January that the summer of 2009’a only satisfying blockbuster would be JJ Abrams’ “reboot” of the long-suffering Star Trek franchise, would you believe them? I certainly wouldn’t be inclined to, but that’s precisely what happened, as Abrams and co. slyly retooled the series’ universe without changing the fundamentals of its characters, making for a bold new take on Trek that alienated some fans but struck a nerve with both moviegoers and critics (and me).

I didn’t care for Olivier Assayas’ previous feature, the Asia Argento vehicle Boarding Gate, but I’m definitely a fan of his latest venture, which saw him do a complete 180 from that film’s thriller conventions to something approaching a more reserved take on Arnaud Desplechin’s Conte de Noël (one of my favorite films of last year.) Beautifully shot, thoughtfully written and frequently touching, though its pacing will frustrate less patient filmgoers.

No one believes me when I tell them that this very dour-looking James Gray drama is one of the year’s best films, but no one who’s actually seen it has disputed that fact with me thus far. Two Lovers is a serious, acutely drawn portrait of adult love and loss, and deserves to be seen by a wider audience. It’s unfortunate that Joaquin Phoenix’s ridiculous extracurricular activities completely derailed any public interest in the film, since it contains what is most likely his best performance. People, overcome any prejudices you may have and check this one out on DVD. 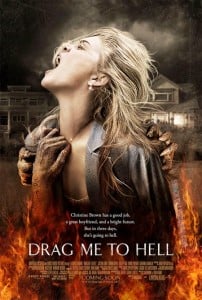 Though it’s marred by some occasionally dodgy CGI, it’s difficult to deny that Sam Raimi’s return to genre filmmaking provided us with some of the year’s most giddily satisfying pleasures, from its many scenes of animal endangerment, to its delicious occult slant, to its rare use of a legitimately believable female lead (a strong Alison Lohman). Drag Me to Hell struck some viewers as too slight or not unsettling enough, but I was taken with its thrill-ride approach, carefully engineered editing, and black humor. Let’s hope he doesn’t take quite so long to get back in the ring next time.

6. Adventureland (podcast review)
Greg Mottola sticks to what he knows for his debut as both writer and director after helming 2007’s smash hit Superbad, and comes up aces with a coming-of-age tale that’s both funny and sweet, with just the right alchemy to make for a memorable trip to his 80s heyday. Littered with great era-specific songs from both the worlds of indie rock (The Replacements, Hüsker Dü) and pop (Crowded House) and bolstered by a terrific young cast, including Kristen Stewart, who seems positively elated to be in a film where she doesn’t have to preen endlessly over a sickly, pale man-child. In fact, here the man-child gets to do the fawning, but luckily Jesse Eisenberg is charming rather than grating as he pursues the woman of his dreams.
– 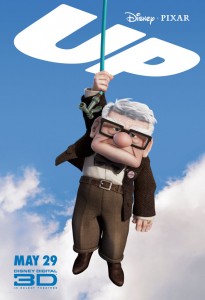 Pixar strikes gold again – did anyone doubt it? – with this fanciful, Miyazaki-esque tale of a man, his house and a long-lost dream. Though some younger viewers were audibly distressed by the film’s very dark, very sad opening montage, there’s the unshakable feeling that the studio has produced another family-friendly classic that will resonate with viewers of all ages long after Ice Age: Medieval Mayhem plops glumly into multiplexes.

Duncan Jones’ directorial debut hits so many of my pleasure centers all at once – low-budget wizardry, hard sci-fi, Sam Rockwell – that it was destined to find a place here. Nevertheless, Moon is a startlingly good stab at thinking-man’s sci-fi that contorts its seemingly simple plot in several different and pleasantly surprising directions, and leaves just enough questions unanswered to preserve a healthy sense of mystery. Rockwell proves he can anchor a (good) film and delivers a performance to hang a career on. 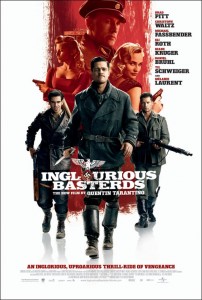 Inglourious Basterds closed off this year’s Fantasia Film Festival, and unlike many film fest big-ticket items, Tarantino’s latest delivered in spades, offering up 150 minutes of great dialogue, a handful of very memorable scenes and performances, and a final reel that will audiences squealing with delight – that is, if they’ve coped with Brad Pitt’s very small amount of screentime, as well as a whole lot of talking. Regardless of how audiences and Tarantino fans will take to the film, Basterds is destined to eventually be accepted as one of Tarantino’s best films, and certainly his purest since Jackie Brown.

2. The Immaculate Conception of Little Dizzle 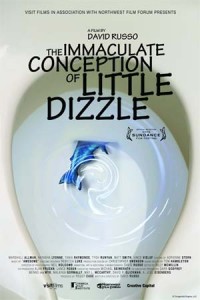 A remarkable Fantasia film that thankfully picked up a Best Director award from the Jury, James Russo’s feature debut juggles so many ideas and plot elements that it’s remarkable that it works at all. It functions equally well as stoner comedy, social satire, tender coming-of-age tale, and unadulterated, 80s-style mindfuck, and it’s one of the most kinetically exciting films I’ve seen in ages, as well as being very, very funny. Psychotropic snacks, subliminal clothing, male pregnancies and corporate misconduct are only a few of the plot threads on offer here, but the film stays remarkably grounded throughout thanks to a very strong set of performances from its appealing young cast. Here’s hoping this gets a distributor soon. 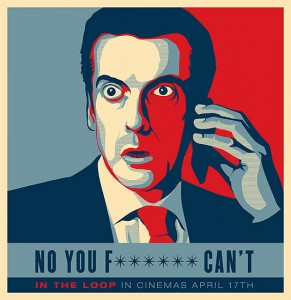 At first I balked at giving this riotous UK comedy the top spot due to its humble TV roots, but then I realized that no other film this year has so thoroughly summed up the zeitgeist while also being incredibly entertaining. Armando Iannuci’s relentlessly funny look at US-UK politics works equally well as a straight comedy and as an angry indictment of the comprehensive failure of government in the face of global disaster. Peter Capaldi’s vulgar, wicked turn as British Communications Director Malcolm Tucker makes the film a must-see all by its lonesome, but he’s also supported by some very funny turns from unexpected performers, including but not limited to James Gandolfini (The Sopranos), David Rasche (United 93) and Anna Chlumsky (My Girl[!]). When you’re too busy laughing to even notice that it’s a film about the world going to shit, you know everyone involved has done their jobs.

And the year’s bottom five…so far: 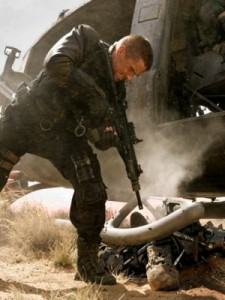 Adding precisely nothing to the Terminator mythos while simultaneously supplying us with a relentlessly dingy, oppressively uninteresting look and feel, Salvation is ultimately still most notable for inadvertently bringing us the Christian Bale freakout, which has been a much more consistent source of entertainment than the film turned out to be.
–
4. The Limits of Control

Its incredible score, courtesy of Boris and SUNN O))), keeps Jim Jarmusch’s maddening, incredibly dull pseudo-political mess from being a total loss, but it’s still unfortunate that the man, who used to impart his philosophies through carefully wrought character studies and wonderfully oblique storytelling methods, has now entered the realm of unadulterated asshattery.

This remarkably lifeless franchise reboot is among the least imaginative horror films ever made, which has me worried as to what exactly the studio has planned for the forthcoming Elm Street do-over. Be afraid.

AKA Left Behind 7: Still Burnin’, this incredibly disingenuous would-be “sci-fi” “thriller” serves both as Nic Cage career nadir and an epitaph for our lasting, collective hopes that Dark City helmer Alex Proyas might again someday make a great film. 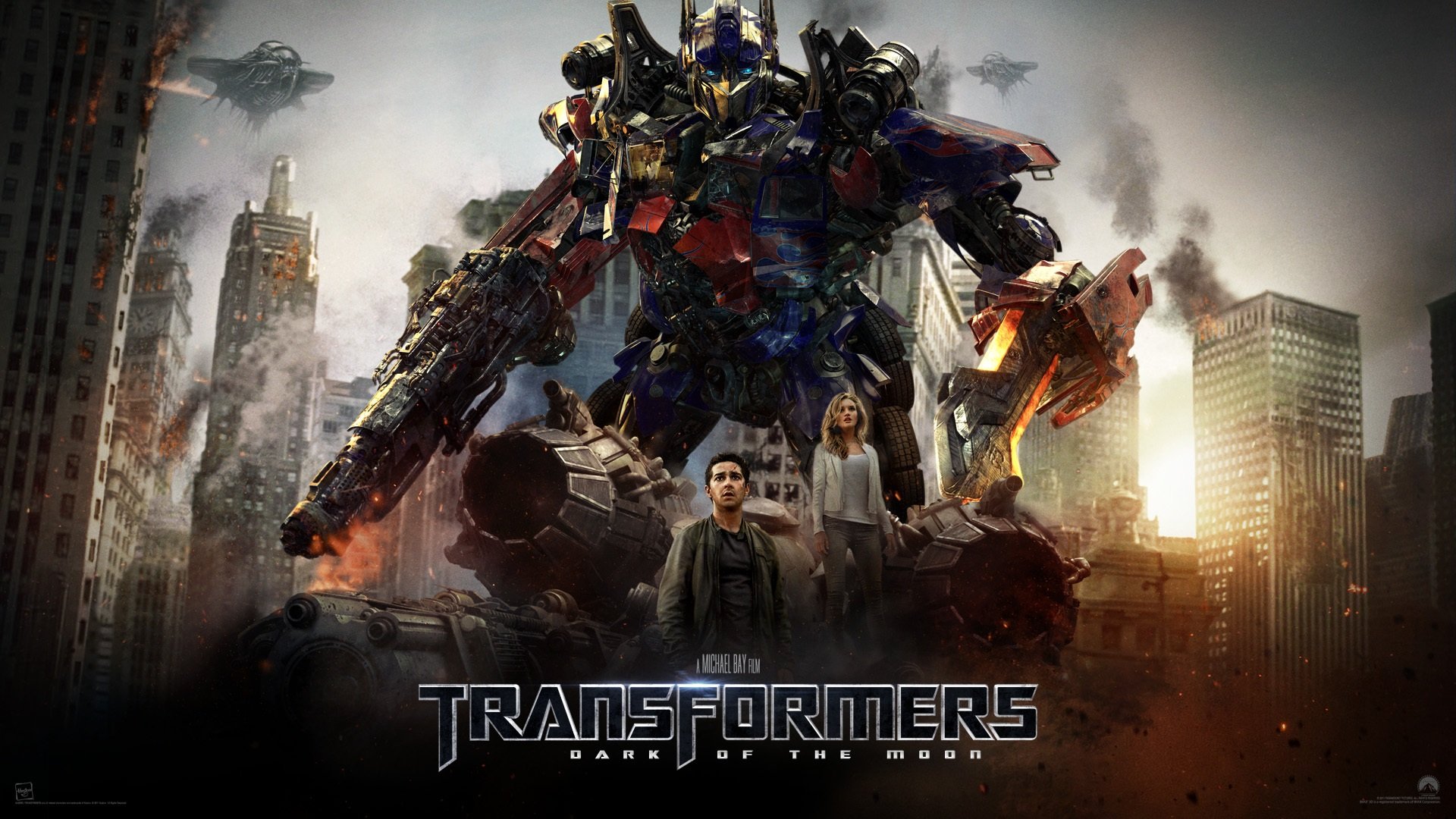 1. Transformers: Revenge of the Fallen

Was there ever any doubt? Michael “Nickelback Riff” Bay (thanks Al) returns on a wave of testosterone and other assorted male bodily fluids to deliver (nay, slam) his latest technicolor crapfest. Almost completely unwatchable on a basic, aesthetic level, and is so incredibly racist, sexist and idiotically plotted that even the toys are tired of rolling their eyes at this point. 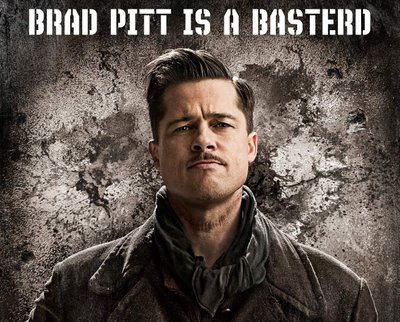