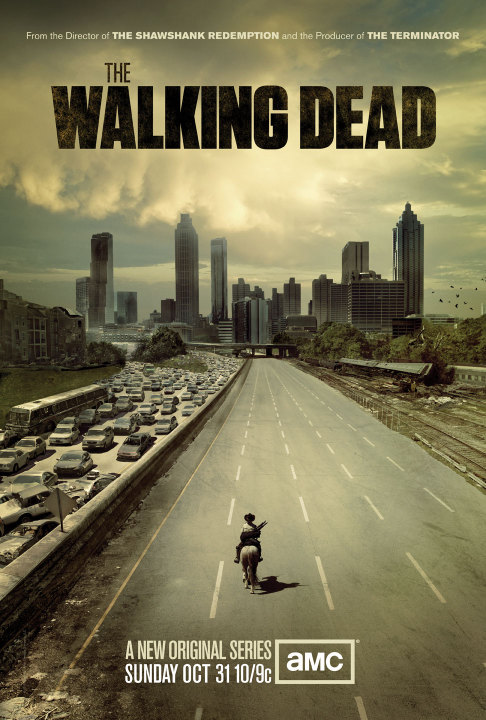 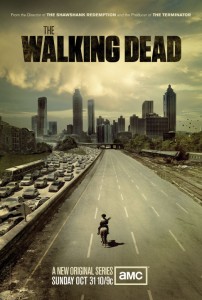 After a strong outing last week, The Walking Dead closed things off with an episode that peaked in terms of ratings – it was one of the most-watched hours of TV in US cable history – but also showed evidence of the creative difficulties that have intermittently plagued this season. With this week’s vague contradictory statements from AMC following the announcement that Frank Darabont was dissolving the show’s writing staff, it’s at least clear that there will be creative shakeups of one kind or another in the 10-11 months until the show’s expanded (and likely higher-budget) second season.

After last week’s creepily utopian cliffhanger, with Rick and the gang seemingly having arrived at a place of genuine shelter and possibility (the Center for Disease Control, which was only absent from 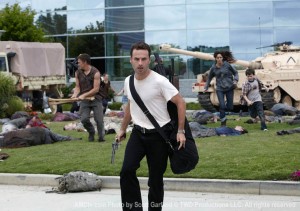 the comic because author Robert Kirkman was unaware it was located there), “TS-19” gets us better acquainted with Dr. Jenner (the unsettling Noah Emmerich), the only remaining staff member, who stayed on to try and find a cause and/or cure for the disease he nicknamed “Wildfire.” Everyone proceeds to get thoroughly trashed on the complex’s wine stash – one of the only story beats that felt natural here – tensions rise, and in the morning both raging hangovers and the true nature of the complex’s function and fate must be faced.

Guy Ferland, a TV vet who’s directed excellent episodes of Sons of Anarchy and The Shield as well as the Terriers standout “Change Partners,” finds himself in charge of a seriously credibility-challenged hour of television, and can’t raise it. After last week’s great slow-burn approach (helped along by evocative, sun-dappled cinematography) reaped dividends, the writers mysteriously opted for a 24-esque climax involving a highly unlikely character-based twist, a giant countdown clock, an ominous HAL-esque vocal computer, and a very ill-advised CGI explosion. What’s worse, it betrayed the “anything goes” approach trumpeted by fans of the comic (unread by me) as a serious innovation: after briefly threatening to do aay with a character we sort of care about, Andrea (Laurie Holden), she’s more or less rescued by Dale (Jeffrey DeMunn), making Jenner (who we met last week, and already proved in the space of two episodes to be a remarkably inconsistent figure) and Jeryl Prescott’s Jacqui (who we know nothing about) the finale’s only casualties – in other words, the sort of shrug-worthy deaths you’d expect from a show like Heroes or Lost. 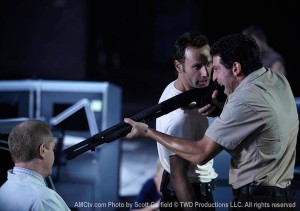 More encouraging was the opening flashback, a chaotic sequence that finally cleared up the circumstances of Shane (Joe Bernthal) leaving the comatose Rick (Andrew Lincoln) behind in a zombie-filled hospital. The show could use more temporal looseness, especially since the show’s normal run-settle-run rhythms aren’t always conducive to character development. Unfortunately, Shane’s attempted rape of Lori (Sarah Wayne Callies), followed by his needlessly unpleasant blame-the-victim glare the following morning, renders him more or less a stock villain waiting to be picked off, which is doubly disappointing since the previous episodes worked to gradually render our opinion of Shane somewhat ambiguous. The only real plot thread left dangling by finale’s end is Jenner’s whispered message to Rick on his way out of the compound – but even not having read the books, logic dictates that there are only a couple of possibilities, especially given Jenner’s blood-test administration and Rick’s look of terror following the revelation. 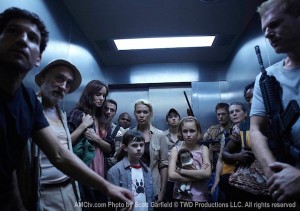 and company don’t know which aspects of the show work and which don’t. Darabont, the sole showrunner, hasn’t worked in TV in nearly two decades (a time period that’s seen the medium expand and improve in virtually every way), and the show’s stellar ratings mean there’s no real imperative for him to retool the show in any significant way. The pilot’s main virtues – incredible makeup, close attention to mood, and a strongly cinematic feel, are all lost in a clichéd muck that occasionally seemed to belong on SyFy. Hopefully, more time, more money and a few personnel changes will result in a show that will catch up with AMC’s other original programming in terms of innovation and execution, while fulfilling the promise of long-form, consistently high-quality hardcore genre fare for the small screen.