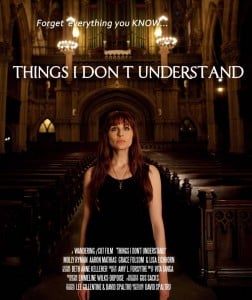 Of the many unanswerable metaphysical questions that surround life, the most confounding, ironically, are those that concern death. Humanity’s pathological and evolutionary imperative to survive has driven us to try and rationalize our collective eventualities, in hopes to both understand and maybe, just maybe, bring about some kind of curative. An endeavor first taken on by philosophers, their eloquent scribblings only conciliate the fact that we still don’t know the nature of death.

Some filmmakers, whom are, what some would argue, our modern philosophers, still strive to enlighten by using cinema as a breakthrough meditative medium. Writer and director David Spaltro comes from this particular school of thought, but, like his forbearers, his contributions to the discourse are fairly nominal.

A film peppered with macabre musings à la Richard Linklater, his aptly titled Things I Don’t Understand, never fully commits, in one way or another, to being fully visceral or cerebral.

In New York City, Violet (Molly Ryman) is an acerbic grad student living with her two artist roommates, Remy (Hugo Dillon) and Gabby (Meissa Hampton). Battling both emotional and financial tribulations, Violet’s life is irrevocably altered when she interviews a terminally ill patient, Sara (Grace Folsom), for her thesis. While ruminating about death, life and faith, Sara slowly but surely helps Violet in her journey to make sense of her world, especially in regards with her relationship with Parker (Aaron Mathias), the local, enigmatic bartender.

The main fault with Things I Don’t Understand is that it’s overambitious, which might seem like a rather specious complaint considering the fact that it tries to tackle the abstract concepts of death. Never an outright philosophical pontification about ontology, like Linklater’s Waking Life, the film, instead, tries to apply its ideas to real life, namely Violet’s.

This drastically hampers the intellectual credibility of the film. Although typical of the indie genre, especially in mumblecore, the constant deluge of trivialities, such as not being to pay rent, daddy issues, and relationship problems, don’t lend well to the film’s narrative when juxtaposed with the often fascinating and stirring discussions of a more urbane origin.

For example, the film’s most engaging and engrossing sequences center on the interactions between Violet and Sara. Imbued with genuine insight and acted with equally matched heart-wrenching passion by the two actresses, these scenes are riveting and drip with emotional merit. Now, contrast this with the sexual and relationship escapades of the cast, a bar room cat-fight, and a borderline offensive portrayal of homosexuality, and its not long before the film’s aforementioned qualities feel incongruous.

To say this makes the pacing of Things I Don’t Understand a little off kilter is generous at best. The film often meanders from one sequence to the next with only a cursory attempt at cohesion, with a few scattered narrative pieces redeeming the otherwise run-of-the-mill affair.

The film’s lofty and noble attempt at an existential dissertation is promptly undone by its tendency to devolve into mumblecore melodramatics. It’s a shame really, because the production value, acting, and overall craftsmanship in Things I Don’t Understand is quite amiable. But what doesn’t hold water for philosophers, shouldn’t for filmmakers either. 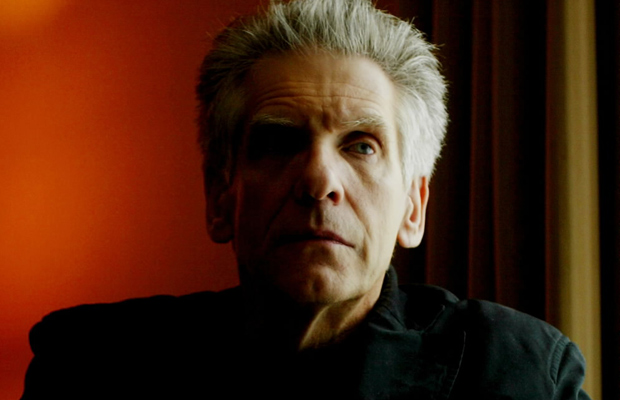