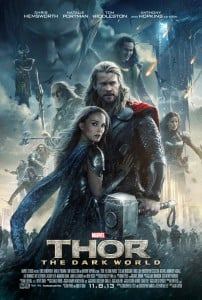 There’s absolutely nothing wrong with a movie being just OK. Given the sordid and often embarrassing history of comic book movies, being just OK could be seen as a victory. Of course, given that Thor: The Dark World is a Marvel Studios movie, and is therefore held to a higher standard of quality by fans of the genre, the fact that it is just OK could be seen as a step down, even a disappointment. Either way, The Dark World is a perfectly entertaining bit of sci-fi/fantasy/adventure fare, but it is also the most forgettable Marvel Studios movie to date.

Picking up one year after the events of The Avengers, The Dark World opens with Thor and his fellow Asgardians returning order to the Nine Realms, after the destruction of the rainbow bridge at the end of Thor cut them off from the rest of the universe, allowing all manner of havoc to run free without men in dramatically flowing capes and elaborate armor to keep things in line. The latest evil to rear its head is the techno-centric Dark Elves, awoken from an ancient slumber after Natalie Portman’s Jane Foster inadvertently uncovers the Aether, the vaguely-defined all-powerful MacGuffin du jour. With the Dark Elves’ leader, Malekith, played by Christopher Eccelston, attacking Asgard and searching for Portman and the Aether, Thor, once again played by Chris Hemsworth, has to save the day, aided by Tom Hiddleston’s Loki.

This brief description of The Dark World‘s plot should give some indication of its major problem. All-powerful MacGuffin, generic bad guys. Yep, sounds like a lot of Marvel movies. The story offers nothing new or interesting, just a lot of exposition about why the Aether or Tessaract or Extremis or whatever can’t be allowed to fall into the hands of the enemy, who want to use it to cause havoc and destruction for the flimsiest of reasons. The film doesn’t contribute anything new or interesting to the canon of the Marvel Cinematic Universe, just another cosmically empowered bauble and a gang of villains who will doubtlessly join the Frost Giants, the Chitauri, and the Extremis soldiers in the Retirement Home for Generic Marvel Villains. 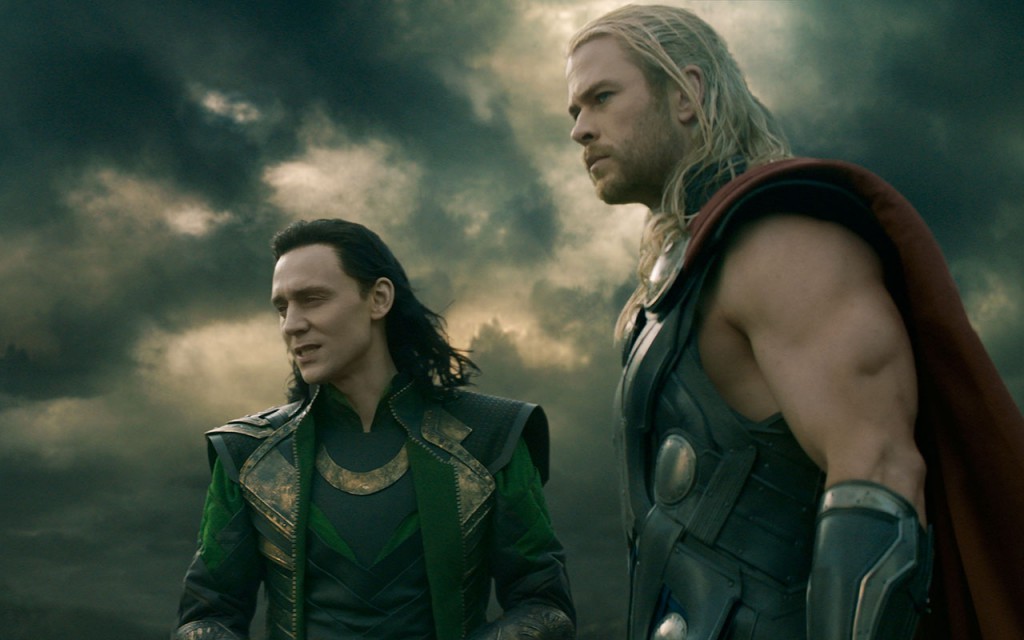 This isn’t helped by the fact that Malekith, our lead villain, is doubtlessly the most boring and under-characterized villain Marvel has put to film. At least Captain America got to square off against a tomato-faced super-Nazi who sounded like Werner Herzog, and at least Iron Man‘s Obadiah Stane was given a menacing and memorable on-screen presence by Jeff Bridges. Malekith has nothing. No personality, no memorable look. He barely poses a threat, being handily trounced by the first Asgardian he comes face to face with….and it’s Thor’s mom, no less. He only becomes vaguely threatening when empowered by the Aether, and gains the ability to throw around CGI strawberry jam. One of his underlings transforms into a somewhat interesting minotaur-like creature early in the film (portrayed mostly by an actor in heavy prosthetics, a welcome change from the otherwise CGI-heavy proceedings) which thankfully brings some variety to the Dark Elves, who otherwise look like a gaggle of rejected Tokusatsu villains.

The Asgardians themselves don’t fare much better. While its predecessor had time to lend some characterization to supporting characters like Ray Stevenson’s Volstagg, Tadanobu Asano’s Hogun or Jaimie Alexander’s Sif, most of Thor’s drinking buddies are given nothing to do in the sequel. Most of the character moments go to Loki, and they are admittedly very good, like one dramatic scene played out in complete silence. Loki’s back-and-forth banter with Thor also proves amusing and fun. The rest of the characterization budget is spent on Foster’s entourage, including Kat Dennings’ comic-relief pixie Darcy and Stellan Skarsgard as Erik Selvig, who spends a large chunk of the film without pants, possibly practicing for his upcoming role in the new Lars von Trier film.

Those looking mostly for action and thrills will be satisfied, however, as The Dark World one-ups the previous film, offering more varied and interesting action set-pieces, including an early (and painfully brief) fight scene featuring the Stone Man from Saturn (a bone thrown lovingly to Thor fans) and one where Thor, Jane, and Loki escape from Asgard in a Dark Elf spaceship. Idris Elba also has one memorable scene where he squares off against a Dark Elf ship single-handedly. 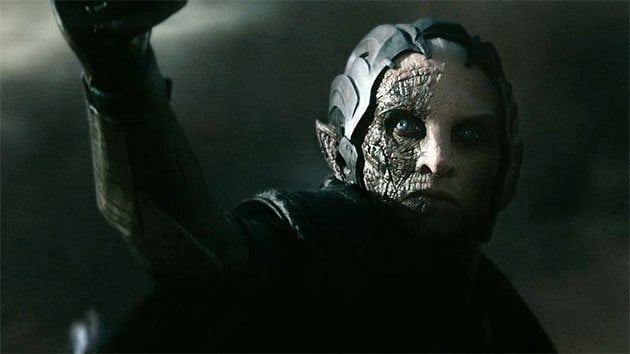 But while the action scenes are well-filmed, full of shiny special effects and lots of people getting thrown vast distances to leave man-shaped craters in the ground, they aren’t what one would call especially memorable either, and the same can be said for the overall visuals. A lot of the third act takes place in a barren, featureless desert, and the final showdown is set in London, the latest city to incur rampant property damage in the climax of a superhero movie. There are very few shots or sequences that will stick with the viewer after they leave the theater and prompt repeat viewing.

Thor: The Dark World is a fine entry in the Marvel Studios canon. There isn’t anything strictly wrong with the film, per se, but it is the most middle-of-the-road, forgettable and OK film the studio has produced so far. The action scenes are entertaining, the comic relief decently timed and spread out, and fans of Hiddleston’s Loki will be extremely pleased. But casual moviegoers will likely forget it as soon as the credits roll and Marvel fans will be frustrated with how little the film expands or adds to the Marvel Cinematic Universe. 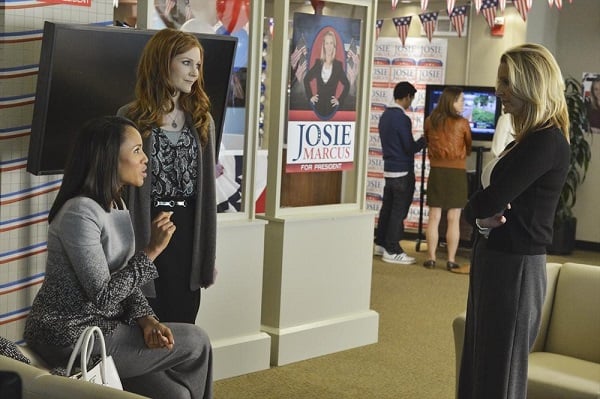 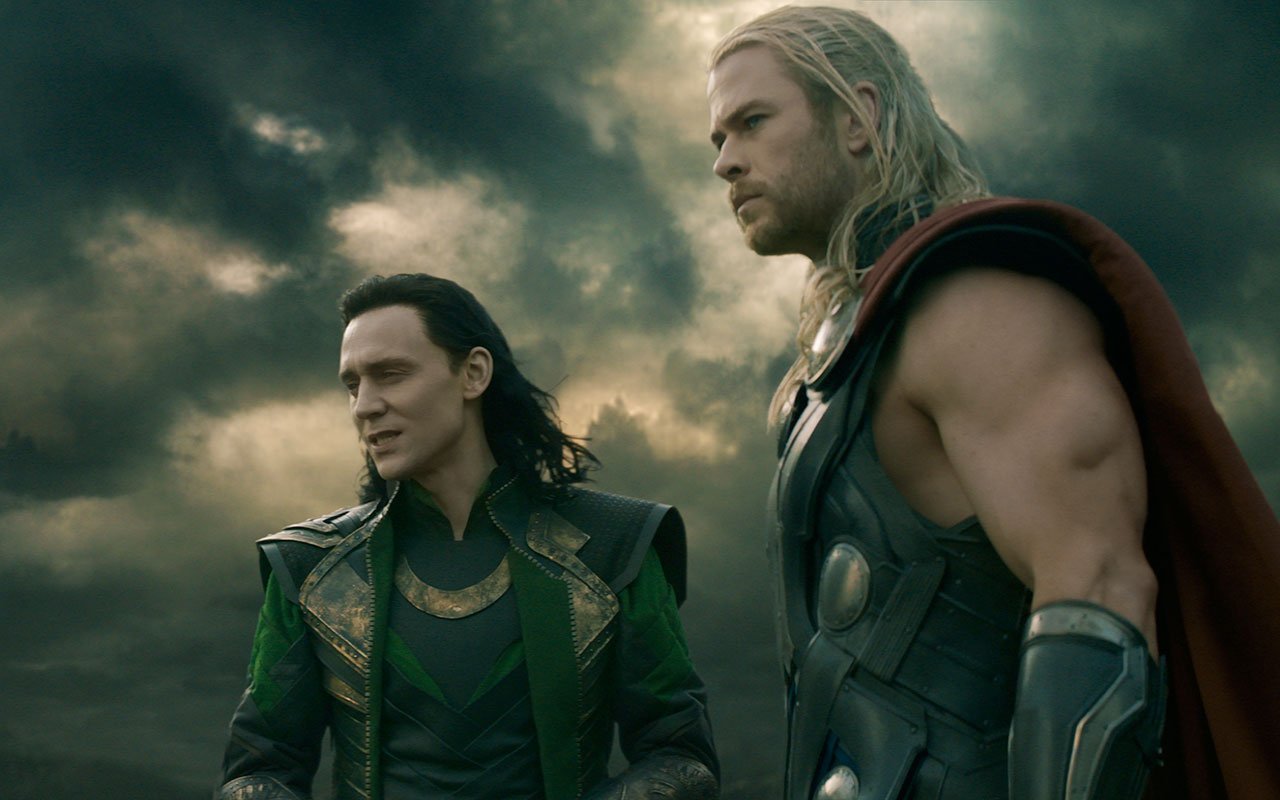