Two pianists, two war films of disconcerting beauty, lots of weight loss and some black chadors – here are some of the best international films of the decade. 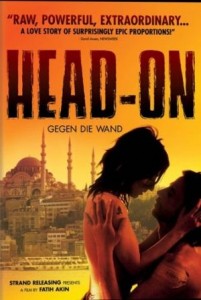 A visual tour-de-force by first-time director Steve McQueen (the Turner Prize-winning visual artist), Hunger retraces the events surrounding the 1981 hunger strike of IRA prisoners in the Maze prison in Northern Ireland, centering around Bobby Sands, the first of ten hunger strikers who died, while Margaret Thatcher’s unflinching government withheld political-prisoner status. Weaving scenes of unpalatable aestheticism and violence within and outside of the prison walls, Hunger shocks both in documentary impact and stylistic bravura. The physicality of the ‘Dirty Protest’ and the ideological and religious justification for political violence combine to visceral effect in the depiction of this historical moment during ‘The Troubles.’ The physical transformation of Michael Fassbender as Sands seems to sear the bitter violence of the inextricable conflict onto his very flesh, so visually harrowing is the frittering of his body. Martyr or criminal, Sands seems to become a legend on both sides of the conflict even before the rending spectacle of his death. Ugliness and beauty are inextricably enmeshed in this investigative animated documentary exploring a film director’s suppressed memories of the 1981 Lebanon civil war as a 19-year old conscript in the Israeli Army. Not only does (hitherto) little-known Israeli feature director Ari Folman pull off this incongruous undertaking, he also delivers a masterpiece in the process. While this one-of-a-kind filmmaking was too big a bite for the jury at Cannes in 2008, it went on to become both a critical favourite and a box-office success, proving that formal experimentation can work with tight documentary to create an aesthetically stunning, narratively cohesive whole. The jarring juxtaposition between the sublime soundtrack and the gory events depicted by means of visually mesmerizing animation makes for one of the most haunting war films ever. That such an offbeat film was even produced is a small miracle in its own right (over budget and two years in the making), but that the combination of waltz and punk, both literally and metaphorically, actually works with such a polemical subject matter, is all to the author’s credit. If you think you have it hard, watch Jafar Panahi’s The Circle and try to remain equanimous: over the course of a day, one of the ensemble cast of characters has just absconded from a women’s prison in search of an illegal abortion, another former inmate cannot make a bus journey home because she is not accompanied by a male guardian, while an unseen new mother is soon to be disowned by her in-laws for having delivered a baby girl (instead of a boy). This is not simply Iranian cinema at its most feminist, but one of the most hard-hitting, yet clinical films depicting female oppression in general. The naturalistic setting and acting are what we’ve come to expect of new wave Iranian cinema, but the unusually unfettered glimpse into Tehran’s unremitting bleakness, attempts at small-scale revolt (Pari sneaking into a hospital in desperate search for the out-of-wedlock abortion, Nayereh attempting to abandon her little girl in front of a hotel entrance) and the unfathomable-to-Western-subjectivity constraints of everyday life for lower-class women in Iran leaves a lingering aftertaste of all-too-real despondency. The film comes full circle with several of the protagonists reunited in police custody. In a film as matter-of-fact as reality, everything is back to normal, nothing is resolved… To look or to look away? In what may well be Haneke’s masterpiece, Isabelle Huppert’s character manages to be equally repulsive and pitiful, taking the viewer’s senses on a roller-coaster ride through oedipal repression, forbidden lust, fetishism, psychological sado-masochism – where else are we but in Vienna? Based on Nobel-prize winning Elfriede Jelinek’s novel, The Piano Teacher is one of those ‘feel-bad’ movies that tread a fine line between extraordinary artistic accomplishment and visceral revulsion. The outstanding performance wrenched out by Huppert is not for the faint-hearted and The Piano Teacher is not a film to be ‘enjoyed’ – unless one is masochistically inclined. Communist Europe will be remembered not only for appalling interior design but for utter disregard for personal and artistic freedom. From the shocking opening sequence at a Stasi ‘torture school’ to the poignant ending in newly reunified capitalist Germany, The Lives of Others is a sophisticated, mature dissection of a system whose drab facade and overarching hypocrisy overlie total ideological nihilism, petty power-grabbing and political scheming for the personal benefit of a select clique of communist-party oligarchs. The touching transformation of Stasi agent Wiesler under the influence of art is too meagre a comfort against the backdrop of an absurd political system devoid of any morality or humane logic.

The Lives of Others is composed of many layers – political commentary, historical indictment, love triangle, all of which are perfectly weaved together in a gripping, grown-up thriller. The rain-drenched back alleys of Hong Kong, the luxuriant hues of Maggie Cheung’s dresses and some incongruous-but-oh-so-befitting Nat King Cole tunes become at the hands of Wong Kar Wai a stunning tableau of 1960’s Hong Kong, taking the viewer for a sensuous ride along Mrs. Chan and Mr. Chow’s extra-marital ‘non-affair.’ While their unseen respective spouses are involved in an affair revolving around work trips, Mrs Chan and Mr Chow grow a bizarre friendship in the dingy, clamorous communal building they inhabit. This most ‘European’ of Asian romances is a pure visual spectacle whose singular aesthetics linger for a long time. The onscreen chemistry between the central characters is both mysterious and mesmerizing, and a cast of superbly acted supporting characters delights by their spunky humour. While this may not be the most groundbreaking piece of work by Wong Kar Wai, it is a finely-crafted, aesthetically flawless work of art which also happens to be a first-rate crowd-pleaser. Forget cinema-verité and plunge into a magical EuroDisney-style version of Paris! When French cinema decides to ditch realism for a change, the result is a maudlin, fairy-tale melodrama, but what a fairy tale it is! In case you fail to succumb to Audrey Tautou’s overdose of charm, take a walk around a tacky, digitally-enhanced Paris inhabited by a concoction of offbeat characters, each one quirkier than the next. The storyline is as old as the world, but this is a classic romance of Hepburn-esque proportions that will be still watchable 50 years from now. Proof that European cinema can do Hollywood when it pleases, only infinitely better. One of the most mainstream pieces of filmmaking to win the Palme d’Or at Cannes, The Pianist is a paradoxically unmelodramatic tear-jerker carried by Adrien Brody’s super-human performance, minute art direction and masterful cinematography that immerse the viewer into the ghostlike streets of Warsaw’s ghetto. Eschewing goriness and grand statements, Polanski’s film focuses on one person’s unlikely survival. What is most original and affecting about The Pianist is precisely the fact that Brody’s Władysław Szpilman is the least likely of survivors – the meek, unimposing, mild-mannered piano player that according to Nazi ideology would have been among the first ‘eliminated.’ The post-apocalyptic, disemboweled city and the piano almost function as supporting characters, while Brody’s emaciated features and the lyrical score haunt the viewer well after the horror is over. In this seemingly discreet feature film debut, director Andrea Arnold delivers a mix of Dogme-inspired cinema vérite, social realism and suspense thriller set around a bleak housing estate in a grim part of modern-day Glasgow. The naturalistic acting and Dogme-style aesthetics are not usually associated with the thriller genre, and indeed Red Road to a large extent defies both genre and narrative expectations. Suspense is delivered through other means – the razor-sharp performances of the largely unknown cast, the eerie, creepy tracking shot sequences and the seemingly inexplicable motivation of main character Jackie’s stalking a stranger freshly released from prison, all combine into an ominous atmosphere which leads on to the jolting twist at the end. All in all, however, this quietly powerful psychological drama surprises with yet another plot twist – revenge is an illusion, forgiveness, albeit infused with hatred, is the only way out for both victim and perpetrator.