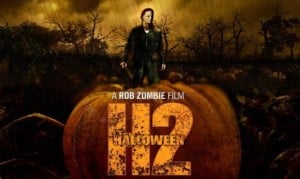 Looks like we might be saved further trauma, at least for the time being, as the production of Halloween 3D has been temporarily shut down. The omnipresent Weinstein Company was rumoured to be rushing production to get the film out by summer 2010, but director Patrick Lussier’s (My Bloody Valentine 2009) busy schedule is said to have prompted the company to take a chill pill.

Since rushing movies isn’t usually a huge concern for Hollywood production companies, one must stop to scratch one’s head and wonder what else is going on. Whispers that The Weinstein Company is in the midst of financial troubles and that a merger with Summit Entertainment could be around the corner are just a few things potentially postponing the H3D project.

It’s kind of a shame because after watching Lussier’s My Bloody Valentine I was really looking forward to another laugh-out-loud hack job the director is likely to conjure up from the shallow depths.

Good news though! Instead of Halloween 3D, we’ll be in for a rare treat on All Hallows’ Eve: the re-release of Rob Zombie’s Halloween 2. I don’t know about you, but my plans are set for Halloween night and they have nothing whatsoever to do with that movie. And although killing sprees and the deeply-hidden talents of Sheri Moon Zombie are appealing to me, I’m going to have to pass on this one.