Zombies became a popular device in modern horror fiction, largely because of the success of George A. Romero’s 1968 film Night of the Living Dead, and they have appeared as plot devices in various books, films and in television shows. The genre represents an inner desire to place blame for society’s misgivings on the establishment, and the best of these films come cluttered with social commentary. Another recording theme within the field is that of survival. Throughout the years several filmmakers have attempted to rewrite the rules, but no matter how hard they try, their is still some basic rules to “zombie survival”. The following chart displays what we have learned from some of our favourite zombie films throughout the years.

click on the image to get a larger view. 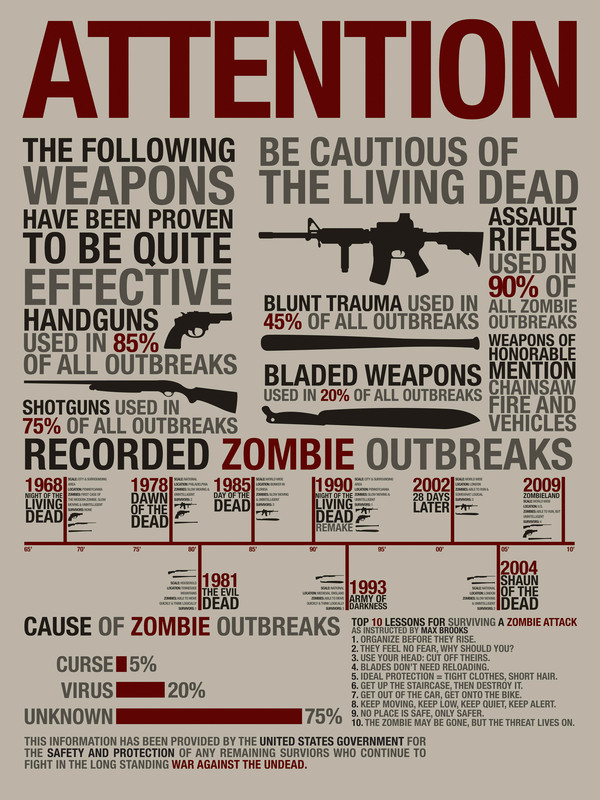