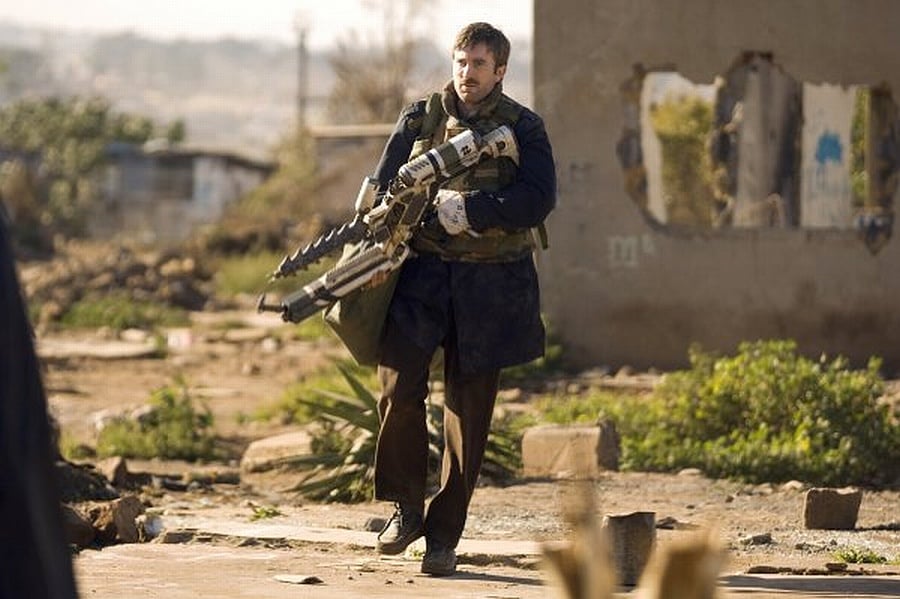 Empire has caught up with Sharlto Copley about the possibility of a District 9 sequel with director Neill Blomkamp, in fact, from what he tells Empire is that there may be a prequel in the works. I’m sure it’s not going to be called Distrcit 8, but perhaps that got your attention anyways.

Copley goes on to state:

“Neill wants it and I want it. Neil’s doing another film first. Then I think if everything goes according to plan we’ll do the second film in about two years time. That story can go in so many different ways. There’s a whole universe. I’m sure a lot of writers say that, but we actually have an entire universe.”

“This thing started shooting in 2005, and before we shot the film we shot Alive In Joburg and two other shorts as part of Neill’s creative development process. Those next two films actually had my character, Wikus, in them, although I wasn’t called Wikus in them. So they were two parts of the development of the world and where the story was going to go and all that.”

“There’s a million ways you can go. Neill’s actually very interested in prequels as well; he’s said that a few times. We wouldn’t do the traditional Hollywood version of the sequel which would just be 100 aliens fighting humans.”

So there is a possibility of a prequel to the great underestimated Sci-Fi gem in the works and going to be shot around the 2012 mark. Could we see how the prawns came to get adjusted in D-9 and how MNU got started? I think that would be an interesting story of how segregation and Wikus’ past racism towards aliens got started.