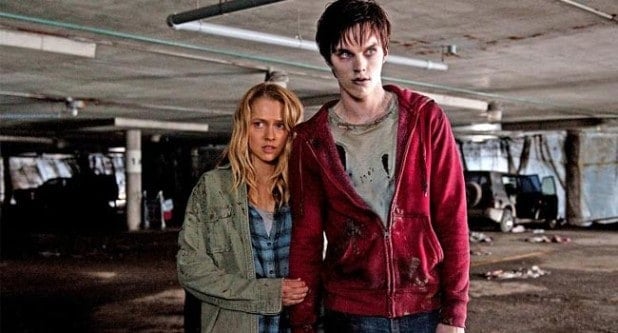 A refreshing look at love springs to life in this star-crossed zombie loves human homage to Romeo and Juliet. R shuffles thru life unable to feel or express anything other than a nagging desire for flesh. During a typical begrudging feeding frenzy, he lays eyes for the first time on Juliet and falls deeply in love with her. His fair maiden is trying to kill him, plunging a knife into his chest. Because he’s already dead, all this does is inspire the desire to know her better. He makes a radical choice in that moment to save her life. This moment is the catalyst to regaining his humanity thru loving her and transforming her ideas that zombies aren’t human anymore. This scene powerfully captures that split second where everything changes; the healing power of love striking so powerfully and unexpectedly it literally brings the dead back to life.

9. Lady And The Tramp The Spaghetti Dinner 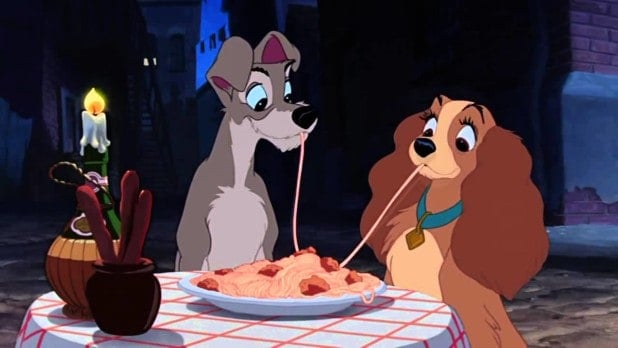 The elegant dance of falling in love playfully unfolds as the uptown Lady and downtown Tramp share a romantic dinner. After a full day of introducing Lady to the joys of free living, Tramp brings her to his favorite Italian restaurant. The owner instantly understands this one is special and throws together in the back alley the perfect atmosphere for the smitten pair. Over a shared plate of spaghetti and meatballs and a romantic serenade , the two end up in a surprise kiss when they come to the end of the same strand of pasta. Tramp then gently pushes her the last meatball as starlight twinkles in their eyes. The spell is cast for these two pups from different sides of the tracks. This scene perfectly captures the charm, sweetness, and simple joy of falling in love and that love doesn’t care where anyone is from. 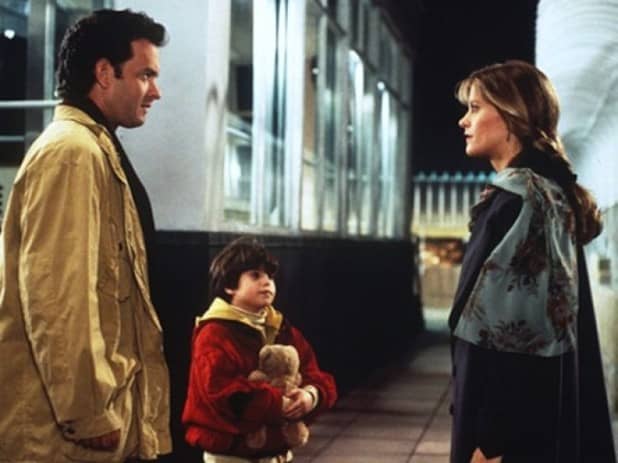 Annie (Meg Ryan) has agreed to meet Sam (Tom Hanks) at New York City’s Empire States Building on Valentine’s Day. Unbeknownst to her, the meeting has actually been set up by Jonah, Sam’s son, whose gone to New York to meet her without Sam’s knowledge. Jonah has an intuition that Annie is the woman they are both meant to meet out of all the women trying to win the heart of the widowed father after he pours his heart out about his late wife over a radio show. Sam follows Jonah to New York and furiously leaves with him before Annie arrives. She believes that she’s too late, but finds a backpack with a teddy bear inside. It turns out to be Jonah’s backpack, and when Sam and Annie lock eyes it is love at first sight. What’s special about this film is that the story is driven by a little boy who trusts his hunches that his Dad is ready to love again, and that there’s something about Annie that he loves too. It celebrates that love operates in it’s own mysterious way that sometimes takes the innocence of a child to unlock.

7. The Princess Bride   The Reveal 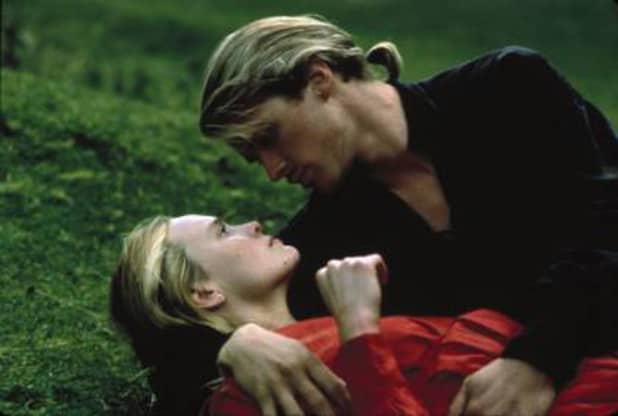 Wesley (Carey Elwes) has kidnapped Princess Buttercup (Robin Wright) under the disguise of the Dread Pirate. He provokes her with accusations that she did not love Wesley, and in her rage she shoves him down a hillside. As he  tumbles down he calls his declaration of years past “As you wish” to her, revealing his true identity. Realizing her terrible mistake, Buttercup tumbles down after him. When Wesley asks why she didn’t wait for him, she answers “Well, you were dead.” He reminds her that even death can never stand in the way of true love. One of the joys of film is it’s ability to celebrate love at the same time it’s poking fun at the saccharine ways it’s often portrayed. The Princess Bride hits this pitch perfectly. As they literally fall head over heels for each other, the goofy charm of this love story makes it’s easy to root for these two having a happily ever after. 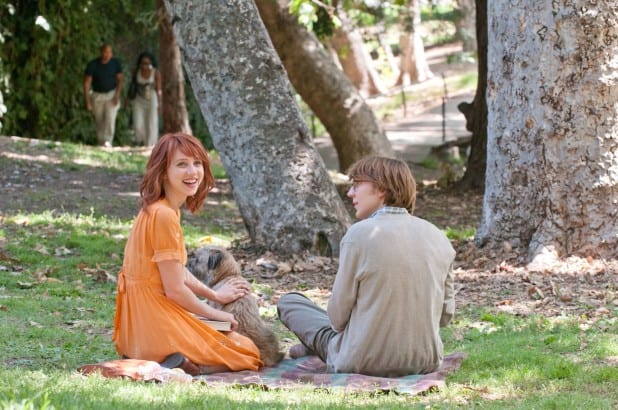 Calvin (Paul Dano) is walking his dog after having written a huge best-seller and stumbles upon a beautiful girl. “Have we met?” she asks. Calvin discovers it’s Ruby (Zoe Kazen), the girl he accidentally materialized while writing a romance novel. After making the dangerous discovery that anything he wrote she would become, he decided to write “that as soon as Ruby leaves the house she is no longer his creation, no longer subject to his will, and she is free”. Now when he meets her again, there’s something familiar between them, but this time she’s her own person. She’s reading his recent runaway hit, that’s based on the experience. He promises not to give away the ending. Calvin, having learned first hand that having the power to change someone isn’t the recipe for happiness, is now ready truly love her authentically. This funny and profound film explores the pitfalls of having the power to make someone anyway you want them to be. For Calvin, it’s so problematic that the only way for Ruby to return is by his relinquishing his power to change her. 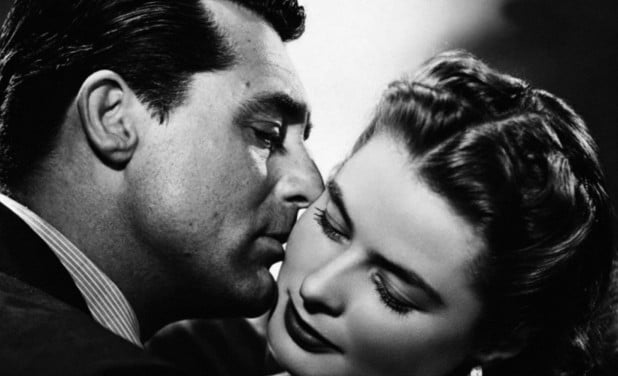 Alicia (Ingrid Bergman), a German spy, and Devlin (Cary Grant), a US spy, fall passionately in love. In this scene, the two share in a long, intimate kiss. Even though they have things they must attend to, their longing to stay connected makes every movement a delicate dance between attending to life’s details while never leaving breaking contact. This sweetly sensual scene between forbidden lovers captures that innocent and deep desire to stay in the intimate world with the beloved. Hitchcock shared that his intention for this scene was that by following the pair so closely it brought the audience like a voyeur into their affair. He expressed that it turned this scene into a menage a trois between Alicia, Delvin and the audience.

4. Brokeback Mountain   “I Wish I Could Quit You” 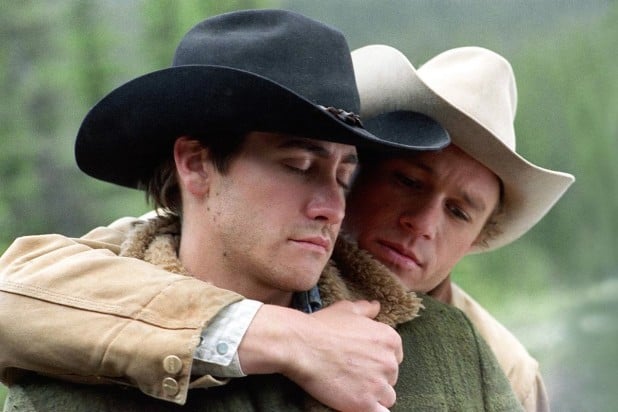 Though “I wish I could quit you” has turned into a rightful campy phrase in our culture’s lexicon, it doesn’t undermine the depth of the scene where Jack (Jake Gyllenhall) and Ennis (Heath Ledger) reveal the depth of their feelings for each other. They argue over the tiny slivers of time they have to be content with as cowboys with wives in a small rustic town. The infamous phrase isn’t about resentment or about being hopelessly in love with each other. It’s expressing the pain of not being allowed to openly be together. The difference is especially profound when it comes to showing two men whose hyper-masculine lifestyle has previously on film been assumed as being only available to heterosexuals. But in that scene, where they both collapse under the weight of having to lead secret lives, they are simply two people deeply in love and wanting nothing more than a long and happy life together. The tragic truth about the mortal danger of two cowboys in love in the 60s make this one of the most important relationships put on film. 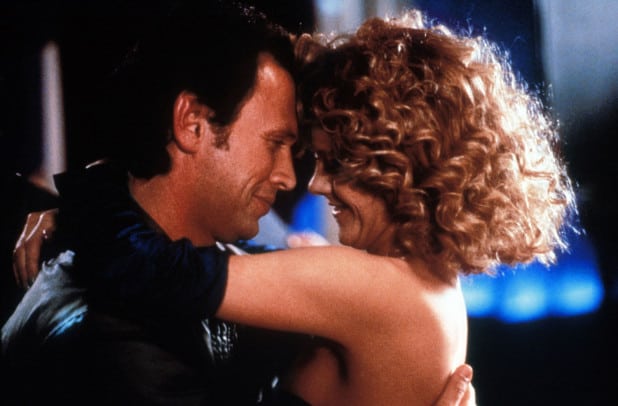 After years of friendship, Harry (Billy Crystal) and Sally (Meg Ryan) sleep together and both assume they’ve destroyed their relationship. Harry arrives to declare his true feelings for her just as Sally is storming out of a New Year’s Eve party. They argue over it, where Sally’s “I hate you” is really her declaration of love. After falling into a passionate kiss, they return to the kind of natural conversation they have been sharing for years, where they recognize that it’s their deep friendship that underlies their happiness together. The beauty of this scene is that while intensely romantic, it also feels realistic and familiar. Harry and Sally have put twelve years into their friendship by this point and are long acquainted with one another’s imperfections and personality quarks. Harry doesn’t present an idealized version of Sally that he’s fallen in love with. He instead shows that he knows the most authentic version of her, and it’s what he wants. Rather than fading out on a passionate kiss, the film fades out on the conversation, showing that the ease these two have together is more important than the romantic sparks. It is the perfect ending to a beautiful film about how lasting love can be built thru close friendship. 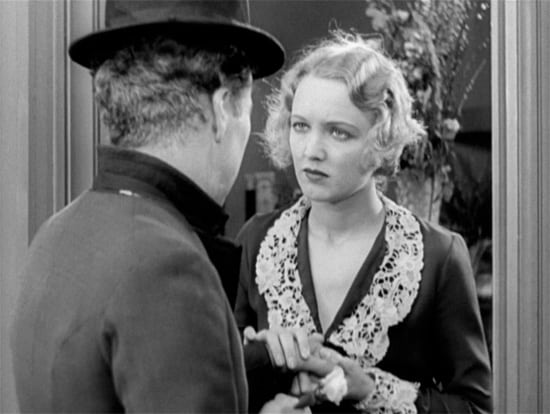 The Flower Girl that the Tramp lovingly cared for when she was blind has restored sight. In this final scene of the silent film, the Tramp has just been released from jail for a crime he didn’t commit. He’s much worse for wear now and is being harassed by bratty children. The Flower Girl, having no idea who he is, giggles at the display as she goes on about the millionaire who saved her from destitution so many years ago. She offers the Tramp a flower and a coin. He is overcome by seeing her again. As their hands touch, she recognizes him instantly. The stark truth washes over her, this penniless Tramp saved her life out of his love and devotion to her. As the scene fades out, a complex mix of emotions cross her face. What will she decide? Will she devote her life to the man she loved when she was blind but she now realizes has nothing? The fact that the scene is left ambiguous is perfectly heartbreaking. 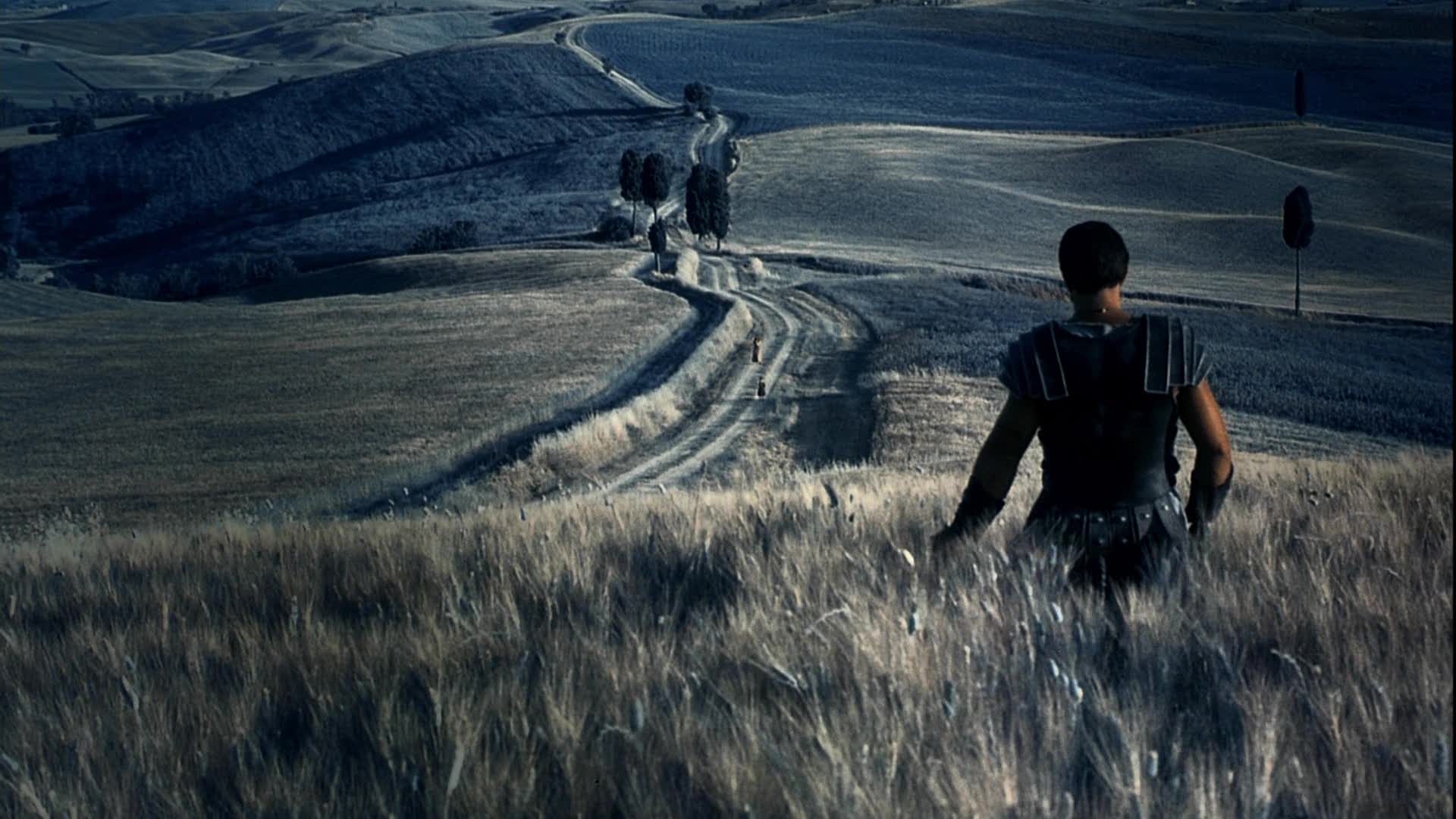 Maximus (Russell Crowe), a war general and now prized gladiator, desires only one thing. He wants to be with his wife and child, who have been brutally murdered.  He is a great warrior but he cares nothing for titles, recognition and celebrity. Maximus is man beloved by women and admired by great men. He is a born leader who inspires the kind of devotion that makes soldiers follow him into battle. But, none of this matters to him. He’s just a farmer trying to get home. In this final scene, Maximus wins the battle that kills the hated new Emperor but sustains a fatal blow. What should be a tragedy is a blessing for Maximus. As he is dying, the fields he faithfully cared for come into view again. As he fades into the afterlife, he finally meets his wife and child again. This great warrior is receiving the only reward that matters to him. The Emperor’s sister, who loved him, whispers “Go to them” in his ear, understanding that it’s the thing he needs more than anything. A man who had the power to have the world in the palm of his hand found his deepest happiness in death. His love for his family was all that ruled this great man and the end of his life only meant that he would finally be able to rest with the only two people he lived for.