Let’s face it Christmas television in recent years has become pretty dire; here is a list of alternative programs and Christmas specials for you to enjoy over the Christmas holidays! Known for it’s endless pop culture references, Community carried on this theme with their Christmas episode. What makes it stand out from the rest of the Community episodes is the bold directional choice to have it filmed in stop motion animation.

Insisting he must find the meaning of Christmas through an animated adventure, his friends (who usually mock his ways) decide to humour their friend and assist. He finds a thoughtful discovery, which moves the episode into an unexpected emotional tone, complete for holiday viewing.

Before Jim Halpert and Pam Beesley showed us the predictabilities of the office life, there was Tim Canterbury and Dawn Tinsely in the original BBC version. The short-lived series was driven by the sexual tension that every sitcom needs between Dawn and Tim.

In the final of the series, their familiar will-they-won’t-they relationship finally climaxed. She left the office party then returned and kissed Tim leaving the audience to swoon. 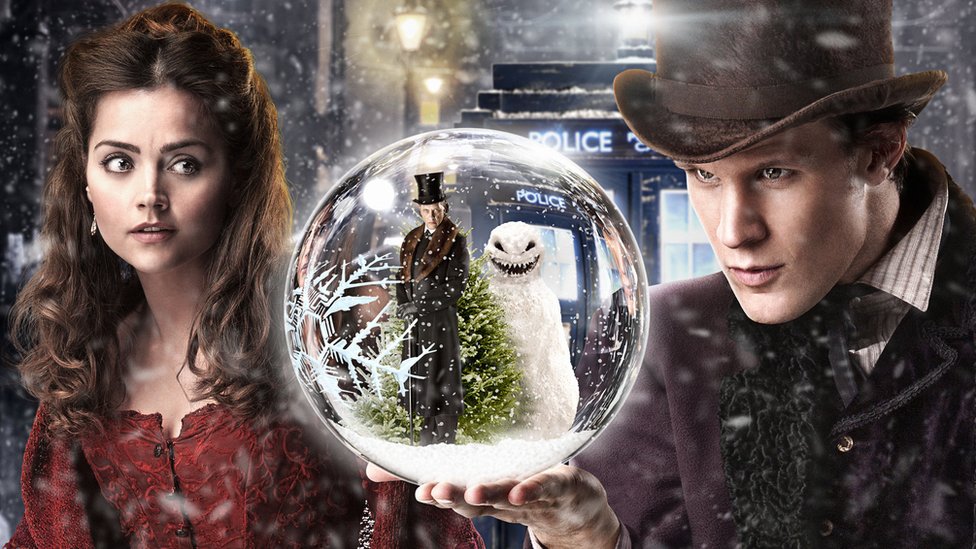 Since it’s resurrection in 2005, the Doctor Who Christmas specials have become a tradition in BBC One’s Christmas Day schedule. These episodes are often like mini-blockbusters, and you don’t have to be following the current series to enjoy!

A huge part of this time of year is the Christmas songs and what better way to get into the spirit of things by watching Top of the Pops! As it is the Christmas short that led to the creation of South Park as a series, this is a classic episode that had to be included.

Like the majority of the show, this episode works as a cleverly written dig at the political correctness that surrounds the holiday season every year. The action revolves around Mr. Hankey – a talking and singing Christmas dookie! Jewish character Kyle feels left out from the town’s Christmas celebration and is comforted by Mr. Hankey.

This episode features my personal favourite song ‘Kyle’s Mom is a Big Fat Bitch’, and in Christmas spirit it is also the first episode where Kenny isn’t killed! 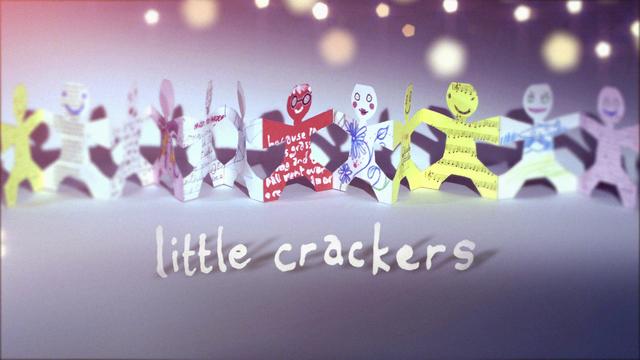 Around Christmas time a series of comedy-drama short films air that are written by featuring stars of British and Irish comedy. The first season saw Catherine Tate, Julia Davis, and Bill Bailey make their directional debuts. Two full series have been born out of the Little Crackers shorts, Moone Boy (Chris O’Dowd) and Walking and Talking (Kathy Burke).

These shorts are often autobiographical; the writers recreate stories from their childhood. Often revolving around Christmas, Little Crackers is perfect for the family to watch together. What I love most about them is the fact the writers will often have a cameo as a different character.

Upon discovering they won’t be spending Christmas Day together as an entire family, Phil suggests they celebrate “Express Christmas” together on December 16th.

An episode the majority of us can probably relate to, “Express Christmas” is a fresh take on organising Christmas dinner and such provides hilarity through the way it is filmed like a mockumentary. With hilarious cutaways of various family members talking to the camera, this is engaging and relatable Christmas family viewing with a heart-warming ending.

It’s Christmas, which means the arrival of Frasier’s son, Frederick who is going through a goth phase. Reassuring Frasier, his family tells him he is just going through a phase, which leads to Niles discovering he never had a rebellious phase as a teenager. Deciding to take drastic action, Niles states he is “going to get high on reefer!”. In a string of somewhat predictable (but still amusing) events, there is an entertaining outcome.

This is another excellent episode from an often forgotten, brilliant spinoff series!

4. Friends, “The One With the Holiday Armadillo”

When Ross finds out he has his son with him for the holidays he uses it as an opportunity to teach Ben about Hanukkah. To Ross’ disappointment he finds Ben bummed out about the prospect of a Christmas without Santa. Ross tried to rent a Santa suit too close to Christmas and the only suitable costume he can find is…the Holiday Armadillo!

When Chandler arrives in a Santa suit, followed by Joey dressed as Superman, Ross finds a way to incorporate them  – “My favourite part was when Superman flew all the Jews out of Egypt!”

This hilarious Arrested Development episode is quite possibly my all time favourite.

At two Christmas parties, the Bluth family finds out that Starland Vocal Band’s “Afternoon Delight” is not so innocent as they think and this is merely one of  the many ways this episode provides hilarity. With G.O.B. trying to step up and be man of the people and Buster getting distracted from going to the Army by arcade games, this is a classic AD episode full of bizarre plotlines, subtle gags and excellent performances.

A very close second! This is one of the best Christmas episodes ever.

When Ted learns he will receive a Golden Cleric award as recognition for his actions he plans to get back at everyone who’s “fecked him over” in the past through his acceptance speech.

Though this is the main story, there are other equally hilarious side stories such as Dougal performing a funeral that Ted was supposed to do. Personally my favourite part of this episode is when the priests get lost in the lingerie department. This is a flawless episode (and series) that should be viewed every year.

1. The Simpsons, “Simpsons Roasting on an Open Fire”

It’s a tradition when it’s Halloween, Treehouse of Horror episodes will be watched and when it’s Christmas, the Christmas episodes. As a huge Simpsons fan it was hard to choose which Christmas episode to include but as the first full-length ‘Simpsons’ episode, it only felt right to go with Simpsons Roasting on an Open Fire.

The Simpson family is out of money, as Marge has to spend the Christmas money on removal of Bart’s tattoo and Homer is forced to moonlight as a Santa at the mall. With his earnings Homer takes Bart to the racetrack where he bets and loses on an iconic Simpsons pet, Santa’s Little Helper. They end up taking home abandoned SLH where the rest of the family fall in love with him making it the best Christmas ever for the Simpson family.

This is a good one to watch as many people may have lost hope with The Simpsons (as they move onto season 25 next year) and forgotten how excellent the old episodes are. It is also great to notice how not much has actually changed in terms of locations, and dynamics, just the writing now is pretty weak.