Ever wondered how your video games load so quickly when going from challenge to challenge, room to room, or even weapon to weapon? The process of making video games is not an easy one; in fact, it takes several layers in order for everything to work as smoothly as it appears. Texture streaming is one of the main factors in this process.

If you’re wondering what texture streaming is, you’re definitely not the only one. Many have never heard of the texture streaming process before or how it correlates to video games, but Pop Optiq has you covered. Below, we’ve explored everything you need to know about texture streaming, its pros and cons, and how/why it’s used in the first place.

What is Texture Streaming and Why Use It?

First, let’s start by asking: what is texture streaming? When we talk about texture streaming, we’re referring to the process of software continuously downloading data during the running of a video game, even while you’re playing it.

In the past, you may have had to deal with loading screens each time you reach a new checkpoint in the game, or backgrounds appeared unfinished or flat. This is because texture streaming wasn’t used.

This downloading of texture data allows for the game to seamlessly produce practically 3D environments and changes in the area without having to go through the loading screen after the loading screen. The entire process is essentially hidden from the player of the game, and it’s all happening behind the scenes instead. Again, it never stops.

Using texture streaming allows for a much more fluid, smooth video game playthrough. As we mentioned, there is no need for frustrating loading screens every time something new happens, nor are you staring at boring 2D figures without dynamic backgrounds.

Texture streaming allows for a more comprehensive video game playing experience for you, and the game itself loads in ways that are smoother overall. With data continuously loading in the background, you don’t have to think twice about the game’s processing one bit. Instead, you’re able to fully focus on the actual game at hand.

Texture loading, then, is the process in which data or memory is only used in a video game when it is needed or applicable. All of the video game textures are essentially copied onto a disk and then applied when triggered during certain parts of a game.

This results in classic loading screens your parents are used to, but one even you’ll come across in video games today. While the process is a bit antiquated nowadays, it is still extremely effective and useful for many.

Pros and Cons of Streaming

When it comes to texture streaming, the pros are clear: you get to play your video games without interruption of loading, and all development happens behind the scene.

As we discussed, this results in a video game that’s much comprehensive and feels more finished than others. You’re able to experience whole worlds inside your video game, with little tiny details and textures loading every second that you’re playing.

One of the biggest cons of texture streaming is the fact that big sections of texture need to be downloaded or saved at once in order for the process to work at all. This can severely limit the amount of space the video game has for textures, as well as the texture resolution that’s available.

Texture loading, on the other hand, appears to have more cons than it does pros. Again, one of the best things about texture loading is how straightforward it is.

Texture streaming can be extremely complicated and cause issues with texture space and application, as we saw. However, texture loading is simple and only requires discs like hard drives to work properly.

But, when it comes to the positives, that’s about it. The biggest negative–and most obvious–comes from the fact that texture loading requires loading screens. The texture isn’t continuously being downloaded, and, therefore, won’t be ready within seconds like you’re used to. For some games, these loading screens can even take minutes, totally distracting you from the video game itself.

The Different Applications of Texture Streaming

Right now, texture streaming is made specifically for GPUs, or Graphics Processing Units. This means that their main (and likely only) application at the moment is for video games, and it’s for video games of all different types, too.

Any video game that has the capability to process 3D-like technology should be utilizing texture streaming programs for the best-quality video production available. With this, even the details in the background will strike you as realistic, and they’ll only get better the closer you do–that’s texture streaming for you.

Now you know that when your video game loads without lagging or interrupting your gameplay, you have texture streaming to thank.

Along with that, any background details that you come to appreciate are because of this unique form of constant data download. Video games have come such a long way since they first became popular, and now, you don’t even have to see loading screens anymore.

So, hop on your Xbox, Playstation, or even Nintendo Switch and notice the seamless transitions between shots. You’ll have a whole new appreciation for your video game now that you’re aware of the texture streaming behind it all. In case you’re still curious about games like these–or others–Pop Optiq and our blog has everything you need to know. 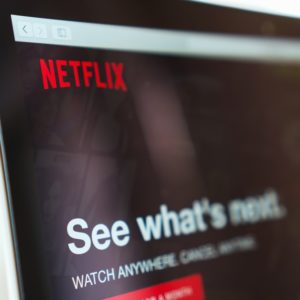 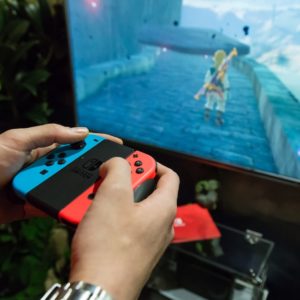