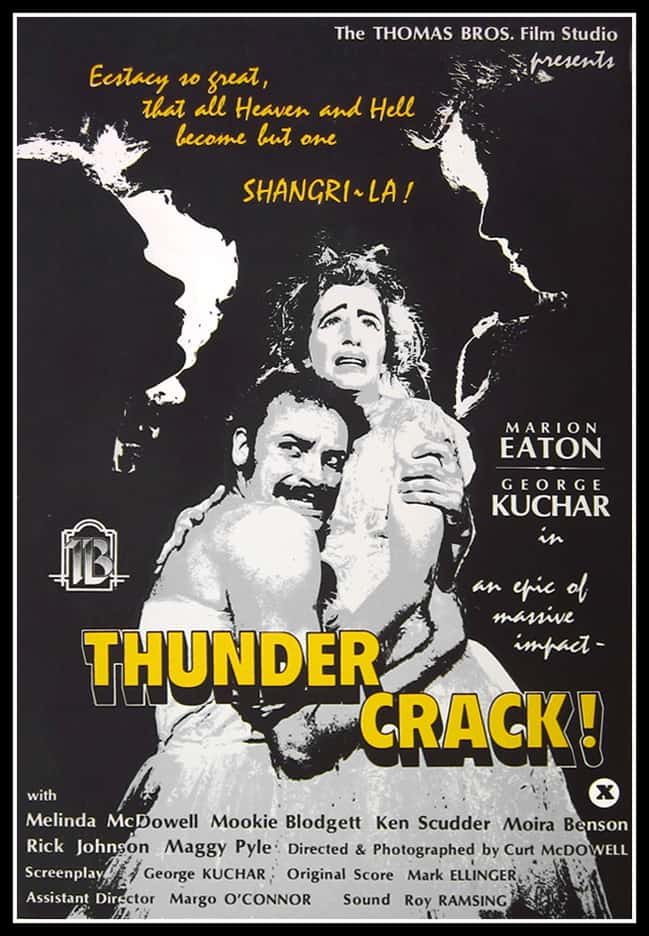 When one looks at the underground cult film scene of the 1960s and 1970s, the names Mike Kuchar and George Kuchar definitely come to mind. Twin-brothers who have spent the majority of their lives making short films, Mike and George utilized over-the-top titles and experimental storylines, all of the home movie variety shot on a rather “stylized” no-budget that Ed Wood would’ve been jealous of. Mike Kuchar’s work seemed to be inspired by pop genre films with a dash or two of wild fantasy: his best known film (well, best known in regards to the underground) is Sins of the Fleshapoids (1965), a trippy sci-fi/fantasy whatsit, all shot in color 16mm inside various rooms with limited art direction, utilizing dubbed-in narration and on-screen dialogue represented by optical cartoon-like speech-bubbles, and cribbing some music cues of Bernard Herrmann’s rousing score from The 7th Voyage of Sinbad (1958)! On the other side of the coin, the majority of George Kuchar’s shorts attempted to mimic the big-budget 1950s melodramas of Douglas Sirk and play off classic Hollywood-style conventions, as well as George’s attempt to create his own leading ladies in rather off-beat plotlines. But despite the cult popularity of the brother’s Kuchar, there was another figure in the underground film scene who would have a brief connection with George Kuchar, and that is Curt McDowell. While the Kuchars made films that were playful with their subjects and had a wild energy to them, McDowell’s films were more personal in exploring sexuality and, in certain cases, serving as a catharsis to inject his own personality into the proceedings. A perfect example is his 19-minute short Loads, which is essentially McDowell displaying various male pick-up’s in a state of undress and then performing oral on them, all the while presenting the whole show with McDowell narrating his experiences in the background. And while Loads is certainly a film one would most likely hesitate to even consider releasing much less even contemplate filming, it’s an interesting example of McDowell boldly unleashing his own personality and sexuality on film.

But after making various experimental shorts in the late 1960s and early 1970s, McDowell would embark with his feature-length opus Thundercrack!, which was conceived as a low-budget send-up of ‘The Old Dark House’ scenario from the 1930s, peppered with hardcore sex and double-entendres aplenty. McDowell would call upon George Kuchar to co-write the script and assist the production crew, as well as play a supporting role. Shot in grainy 16mm black-and-white and featuring a no-name cast, Thundercrack! was finished with an epic running time of 150 minutes plus Intermission, yet its theatrical release was marginal, as the film would be distributed in truncated versions either ranging from 120 minutes or 90 minutes. And despite the various versions, Thundercrack! didn’t manage to find its audience upon its first release: the hardcore footage was apparently just too much for underground film enthusiasts to take, while it’s whopping running time, overabundance of dialogue scenes and attempts of being more than just a standard 70s porno didn’t mesh with the typical X-rated crowd either. And as for McDowell, he would make two more feature-length films Taboo: The Single and the LP (1980) and Sparkle’s Tavern (1985), and afterwards passed away in 1987 via AIDS. But now, Don May Jr. of Synapse Films has unleashed Thundercrack! on Blu-Ray, lovingly restored to its complete and uncut version from a remaining 16mm print, featuring plenty of extras devoted to Curt McDowell and the production of the film, as well as the inclusion of the documentary It Came From Kuchar (2009) by Jennifer M. Kroot, for those unfamiliar with the dynamic brothers of underground cinema. So then, how does Thundercrack! fare now after years of home video rarity? Well, delve into this review and find out… 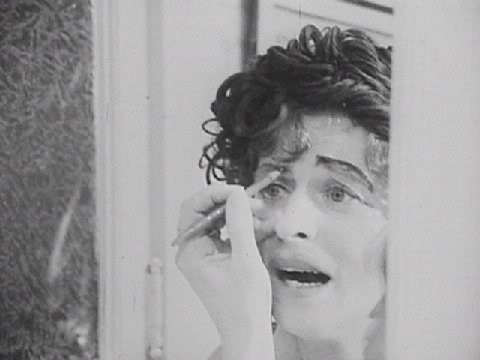 Thundercrack! opens on a dark and stormy night at the lonely farm-home of Gert Hammond (played by Marion Eaton), a middle-aged Southern woman who had lost her husband Charlie Hammond to a locust attack and has taken to drinking her sorrows away. But, on this stormy night, Gert receives a group of unexpected visitors seeking shelter as the roads are flooded. The group consists of two girls, Sash (Melinda McDowell) and Roo (Moria Benson), plus hitchhiker Toydy (Rick Johnson), who is carrying with him two crates of bananas (?), young widower Chandler (Mookie Blodgett), hitchhiker Bond (Ken Scudder), and the God-fearing Willene (Maggie Pyle), who is the wife of a famous country rock singer. After Gert welcomes the group to stay for the night until the storm clears up, the various guests begin to reveal and explore their own sexual frustrations in various places of the house, much to the delight of Gert, who manages to spy on them in order to satiate her own sexual frustrations. And then, just when things couldn’t get any weirder (and explicit!), another unexpected guest shows up: Bing (George Kuchar), a circus zookeeper, who has crashed his truck, which unleashed an elephant, a tiger and a vicious female gorilla named Medusa loose on Gert’s property! As Gert and her guests board up the house to prevent being attacked by the animals, Bing admits that he intentionally crashed the truck to kill the animals as he couldn’t stand to see them suffer in any more circus acts, as well as revealing that he is in love with Medusa! But, in as much as these guests are willing to reveal their personal frustrations and secrets, Gert has a secret of her own, hidden in a locked room, and Toydy is willing to do whatever it takes to reveal it!

See also  Wide World of Horror: 'Glad' - the mind is a terrible place to visit 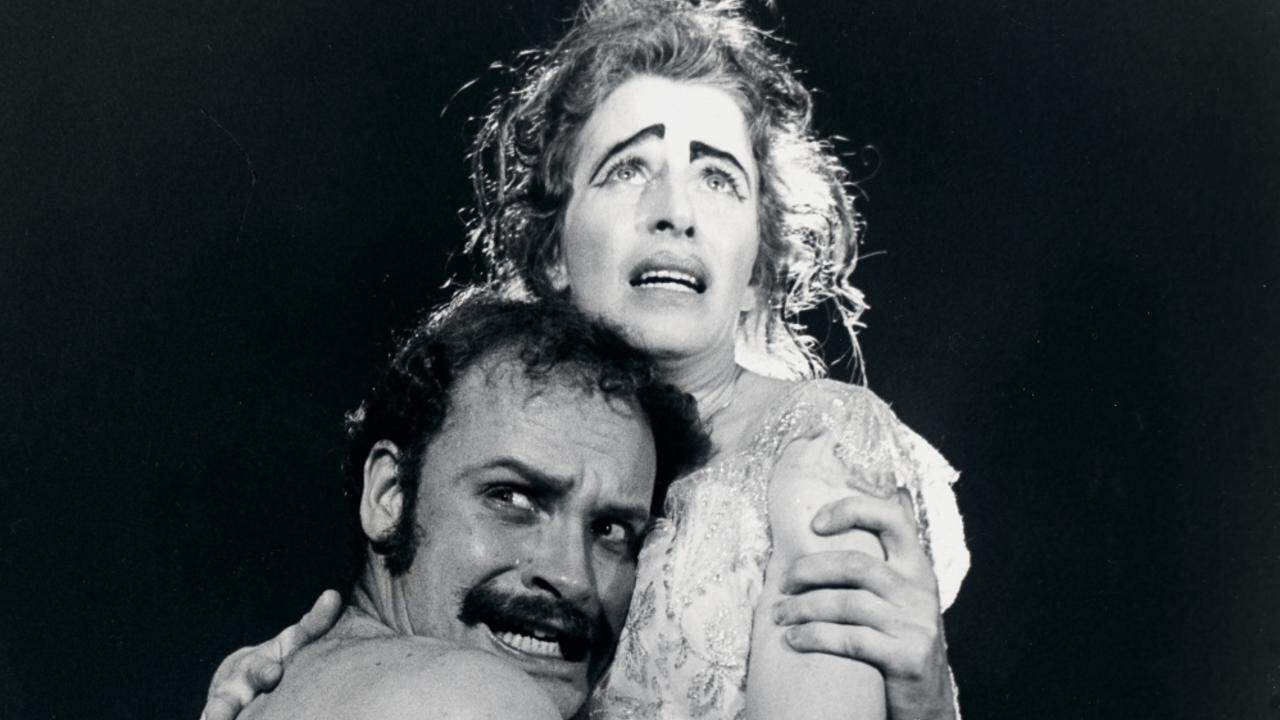 If I were to describe Thundercrack! to the uninitiated without so much as going in-depth about the plot or giving any specific details, it would be like this: imagine a SNL-skit parodying a black-and-white whodunit mystery-melodrama expanded to epic-length proportions on a single dingy set, but armed with an oddly funny script that has some semblance of wit, and featuring a no-name cast that not only can act decently but is gung-ho for anything on-screen and is also in on the joke for the sake of the audience. Well, that description might be a little much for one to digest, but it does sum-up Thundercrack! in a nutshell, and the film certainly falls under the definitions of “bizarre”, “campy” and, well, “crude”.

Despite the low-budget and the somewhat questionable presence of a few hardcore sequences, the production is very well-handled by director Curt McDowell as he is able to get effective performances from the unknown cast. However, it’s Marion Eaton who steals the show: wearing mismatched make-up and sporting tacky wardrobes (at one point she wears a wig that she just happened to puke on by accident!), Eaton treats the role with extreme seriousness which helps push the black comedy forward and she definitely gives it her all. And hats off to George Kuchar’s energetic role as he gets to spout off some really descriptive off-the-wall dialogue that manages to stick with you; when he talks about what it’s like taking the circus animals to visit a school of injured children, Kuchar’s line says it all: “Did you ever see the kids poking at the animals with their crutches?! Have you ever seen an ostrich run down by a wheelchair?! Did you ever hear what it sounds like to hear a tiger’s head crushed by the blows of a broken arm in a cast?!” And speaking of dialogue, Kuchar certainly displayed a penchant for writing dialogue that is camp and jokey, yet at the same time injecting a plethora of double-entendres to create dialogue that is surprisingly natural to the ridiculous setting. A perfect example is a scene in which Toydy is watching two couples having sex and Roo walks up to him saying, “Working up some gravy to squirt on your mashed potatoes?”, with Toydy responding, “Yeah, they’re kind of dry.” And the humor itself is an incredible combination of the light-hearted and gross-out variety that would give modern-era risqué comedians a run for their money. The light-hearted humor relies on the usual silly moments one would expect in a standard farce; one scene features Gert trying to explain to Willene the history of the Hammond home, but suddenly forgets the story and reaches over a drawer next to her to pull out a piece of paper and find where she left off! But when the humor switches to the gross-out mode, that’s when “political correctness” just goes out the window; one such moment is after Gert has her way with a peeled cucumber, she leaves it sitting on a bowl with other assorted fruit and Willene just happens to pick up the cucumber, take a bite from it and exclaim, “Boy, does this taste odd.” It’s a gross-out joke that had the Farrelly Brothers seen it they would’ve wished they could’ve come up with that gag for There’s Something About Mary (1998).

See also  Behold the Scarlett Johansson-Bot and Weep, For we are Truly Doomed

In regards to the various hardcore sex sequences, all mostly heterosexual with one homosexual scene added to catch you off guard, these sequences are a mixed bag and will probably be a huge turn-off for those unfamiliar with this cult production. On the one hand, explicit as the scenes are, they are presented in a somewhat rather humorous way as cast members bump and grind away while spouting off dialogue that one wouldn’t quite associate with a typical porno, and McDowell presents it all with a surprising amount of attention to editing and cinematography. But, on the other hand, as much as the explicit sex fits the storyline, Thundercrack! could have been made as a non-explicit black comedy without the hardcore, as the cast of unknowns come off well when giving regular performances with their clothes on! Honestly, it’s a tough call. But, it can be said McDowell was trying to combine as much humor, camp and hardcore with a more, well dare I say it, “artistic” mentality as opposed to the mainstream porno of the era like Deep Throat (1972) and Behind the Green Door (1972); in certain aspects, Thundercrack! could be lumped with the more arty pornographic fare like Devil in Miss Jones (1973) and The Story of Joanna (1975), but with a less serious tone. 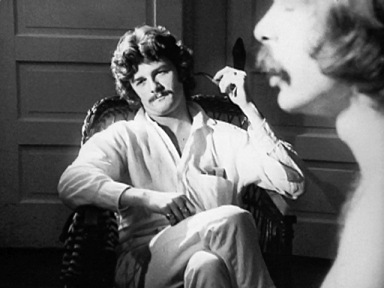 So, if you’re willing to test your cinematic viewing choices, Thundercrack! is certainly a contender to experiment with. It’s bizarre, weird, funny and very, very filthy; so it’s definitely not for the family-friendly audience or anyone who is more into homogenized mainstream cinema. I’m willing to recommend it if you’re brave enough to give it a shot. But, if you do decide to watch this cinematic oddity, to quote a line from one character: “If its decency you want, don’t come in this room.”

See also  25 Days of Christmas: 'A Muppets Christmas: Letters to Santa' boasts a ton of cameos