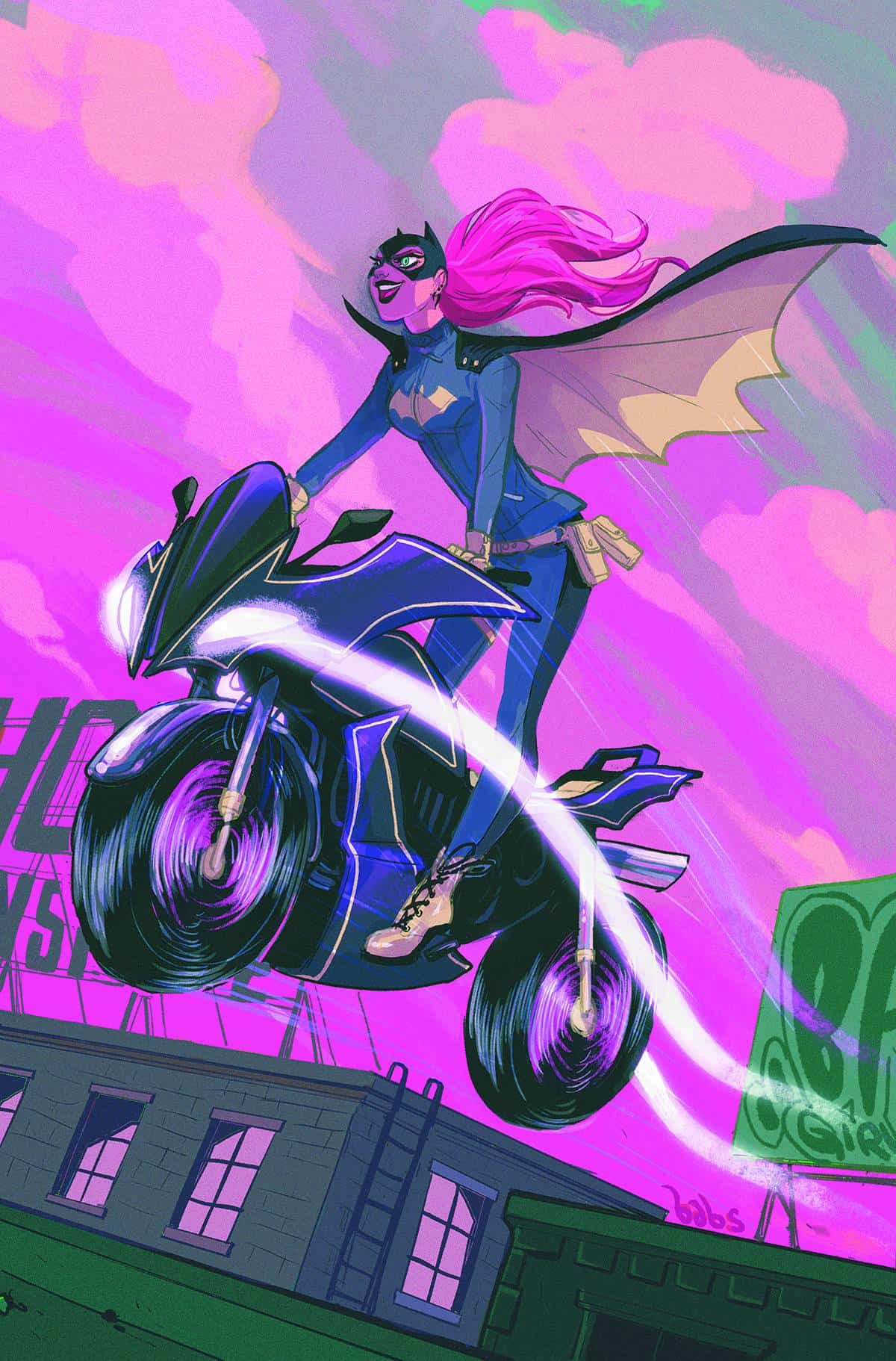 Filler really is a kind of a dirty word to use to refer to a comic, and Batgirl #47 definitely isn’t that. However, with artist Babs Tarr sidelined for this issue and the main plot of discovering what is behind, this issue is a slight drop in quality compared to the spectacular wedding issue and last issue’s battle with gangs and gentrification. We do get to see Batgirl work in a group dynamic with both Spoiler and Bluebird, who she somehow forgot from Batman Eternal as they find out without a shadow of a doubt that it was Batgirl, who hacked her own data and tipped off the police about the kids from Forster Lane being in gangs. This leads to more self-doubt for Barbara Gordon as she doesn’t trust her memory, thoughts, or ideas about anything. The person or thing behind these lapses is still a mystery, but guest artist Eleonora Carlini gives readers a spooky tease of who they are on the final page.

Carlini and Moritat do a fairly decent job of keeping visual continuity with Tarr’s work on Batgirl even if their more jagged lines don’t mesh as well with the cute, beaming faces of Batgirl and her friends. Their layouts are pretty conventional for the most part although Carlini has some fun showing Bluebird and Spoiler’s fangirling reactions to Batgirl riding a motorcycle off a roof, or Stephanie Brown realizing that she doesn’t want to punch the huge, intimidating metahuman Vicki, who is being held by the GCPD when they break in. These little, adorable moments remind you that it’s still Batgirl, and Moritat even slices up the page Cameron Stewart style as Spoiler and Batgirl work in tandem to use their speed and intelligence to take down the much stronger Vicki, who cheekily calls herself “Corporal Punishment”. (Cisco from The Flash would definitely approve of this supervillain name.) His art has a little more energy than Carlini’s, which is why getting him to handle the major action beat in the middle of the issue was a good decision. Sadly, Carlini draws only a limited range of facial expressions for Barbara Gordon (Basically, neutral and mild disgust.), which forces Stewart and Fletcher to do the heavy lifting with their dialogue in two 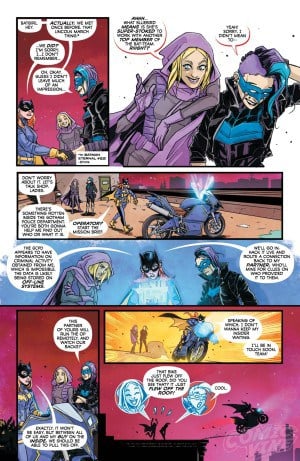 important conversations that Barbara has with her dad, Jim Gordon aka Batman, and her boyfriend, Luke Fox.

Batgirl #47 is an important turning point in the relationship between Jim Gordon and Barbara Gordon as she enlists him as an ally in finding out how who hacked her data about the neighborhoods of Gotham and used to arrest some kids. Also, Jim opens up with his daughter about the stresses of being Batman and dealing with Mr. Bloom over in the “Superheavy” arc of the Batman title. Stewart and Fletcher give him a great line where he says the GCPD is “more like a dirty soldiers in Geri Powers’ crooked army”, and Lapointe’s flame orange coloring drives this bit of writing home. With a corporate takeover of Gotham’s police force, it is hard to see who is right and wrong any more, especially with the general chaos of Mr. Bloom. (Check out the excellent Batman #48 for more details about this situation.) This kind of moral cloudiness is similar to how Barbara is feeling about her own mental state, which she hints at when talking with her dad and goes into more detail about it with Luke and Qadir. She can’t geek out with Qadir about finding a possible alternative energy source because who knows if that’s been tampered with like her doctorate research or just her mind in general. There’s a dark cloud in Barbara’s mind as the issue closes, and it will be interesting to get more concrete details about what’s sabotaging her thoughts and actions.

Some issues with guest artists and the introduction of new character (Greg), whose only purpose seems to create pointless conflict between Babs and Frankie aside, Batgirl #47 has a delightful team-up with Batgirl, Spoiler, and Bluebird that includes some adorkable jokes from Spoiler and quick action and misdirection even if it barely progresses the plot. Cameron Stewart and Brenden Fletcher also focus on the darker side of Gotham and Barbara Gordon in a couple powerful scenes where she opens up about her current mental state. Tarr’s art is definitely missed and there are some pacing issues, but Batgirl #47 isn’t a half bad read.