Warning: following contains mild spoilers for The Conjuring and plenty of other horror movies. 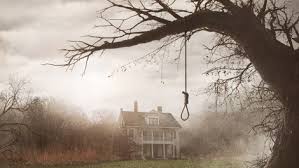 Anyone who saw the most recent horror flick The Conjuring, which came out today, was undoubtedly thinking the same thing I was: “This is good and creepy and all that fun stuff, but what if this were to run up against another horror movie?” That’s a perfectly reasonable question that I spent a great deal of time pondering over myself. Here are some suggestions: