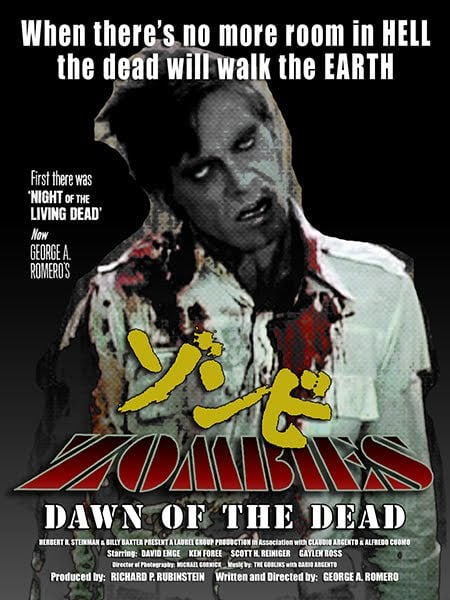 Grindhouse Wednesdays, an exploitation film & underground music event that happens in various locales throughout Montreal on (usually) the first Wednesday of the month, is doing something different this coming June. For their very special 12th event; and first outdoor event, and their first ever event on a Sunday, the crew is screening George A. Romero’s Dawn Of The Dead: A seminal film in the Zombie canon, it is widely regarded as the best horror movie of 1978. It depicts a world suffering in the aftermath of Night of The Living Dead’s resultant plague of terror. Roger Ebert, in awarding the film 4 stars proclaimed it “one of the best horror films ever made.” While declaring it to be “gruesome, sickening, disgusting, violent, brutal and appalling,” Ebert said that “nobody ever said art had to be in good taste.”

Listen to our podcast special back from episode 1 and episode 2 of our Sordid Cinema series with not one but two interviews with director George A. Romero.

The event is being presented as part of the Montreal Fringe, and as such will include a special zombie inspired improv performance by the Montreal Improv All Star Jam. The live musical act will be the incomparable local montreal rockabilly/psychobilly band Blood-Shot Bill & The Hand- Cuffs. Between all these performances, vinyl tunes will be supplied by the legendary DJ Sarcastic, a mainstay of Montreal bars and clubs, and a much appreciated member of the Grindhouse Crew.

The event will be held on Sunday June 5 2011, 6PM @ Terrasse St-Ambroise, 5080 rue St-Ambroise, Montréal. Tickets will be available at Kitch N Swell, Cruella, and Head & Hands; as well as via www.montrealfringe.ca .


Prev Article Next Article
Tags:Dawn of the Dead, George A. Romero, Grindhouse Wednesdays