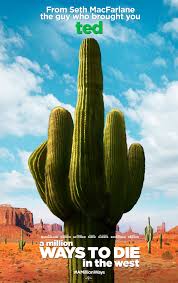 Seth MacFarlane has a dirty mind. He tells dirty jokes in occasionally clever, often crude ways, and without remorse. With Family Guy, he exhibits the full extent of his talents in thirty-minute stints to great effect. On the big screen, however, he may need someone to wrangle him in. While Ted (2012) was incredibly entertaining, it occasionally found itself slowing to a crawl. MacFarlane’s latest, A Million Ways to Die in the West, finds itself suffering a similar fate. Though highly entertaining, the film runs too long, leaves many of its characters in the lurch, and doesn’t give nearly enough screen time to its talented roster of actors.

In 1882 in the fictional town of Old Stump, Arizona, we meet Albert Stark (MacFarlane), a terrible shepherd and hopeless romantic who hates the Wild West and everything in it. Unceremoniously dumped by his longtime girlfriend, Louise (Amanda Seyfried), Albert seeks consolation in the company of friends: Edward (Giovanni Ribisi), a cobbler, and his girlfriend Ruth (Sarah Silverman), an in-demand prostitute.

Charlize Theron enters the picture as the mysterious Anna, wife to Clinch Leatherwood (Liam Neeson), deadliest gunman in the West. After Albert comes to her rescue in a particularly brutal bar fight, she takes a shine to him, and promises to help him win back his love, Louise.

Rife with cameos, A Million Ways to Die in the West will have you laughing out loud. The gross-out humour, though prevalent, never seems to overdo itself, and every hate-filled rant on the failings of the Old West will leave you positively tickled. 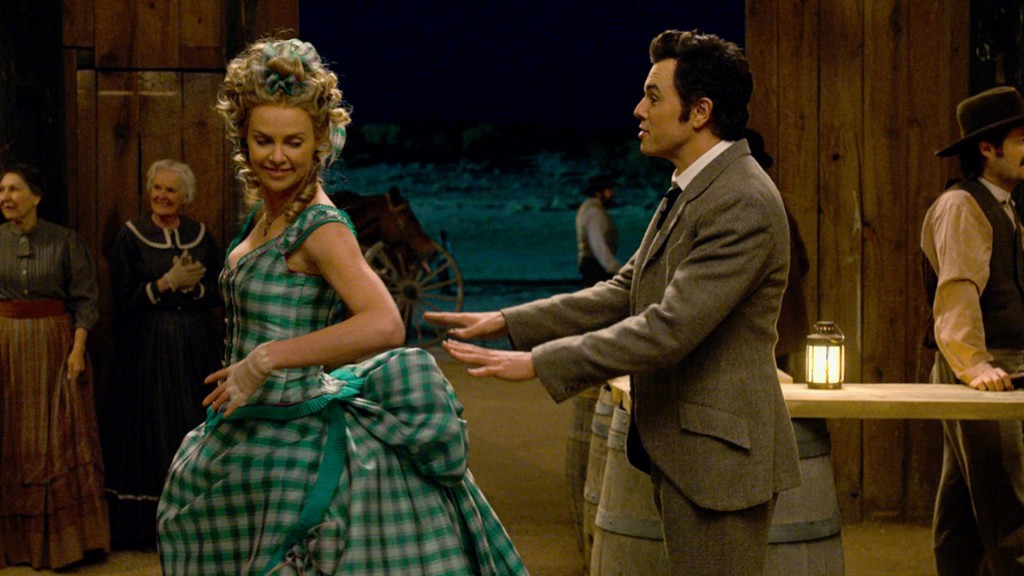 Everything starts strong, and moves at a good pace. But as we near the middle of the film, things start to feel redundant. The jokes become repetitive, and things slow to a crawl. It becomes reminiscent of Peter Griffin banging his knee, grunting in pain on the sidewalk, or his never ending, ever-expanding fight with the giant chicken. We get it. It was funny the first time. Move on.

While not quite self-infatuated, it seems as if MacFarlane couldn’t entirely kill his darlings. Trimming the 116-minute runtime by at least 30 minutes would tighten the overall experience of the film, elevating the material in the process. On Family Guy he has to move fast. There’s no time to dilly-dally. Here, he has room to roam, and instead of recognizing the benefits of economizing his material, he wanders aimlessly through half the film. MacFarlane’s work shines best in short form, and A Million Ways suggests he is not yet adept at feature length.

As a leading man, MacFarlane also still has work to do. While his charming looks should make him perfect for the lovelorn Albert, it doesn’t quite add up. His voice work is still his strongest trait, but perhaps we can watch him grow from here. 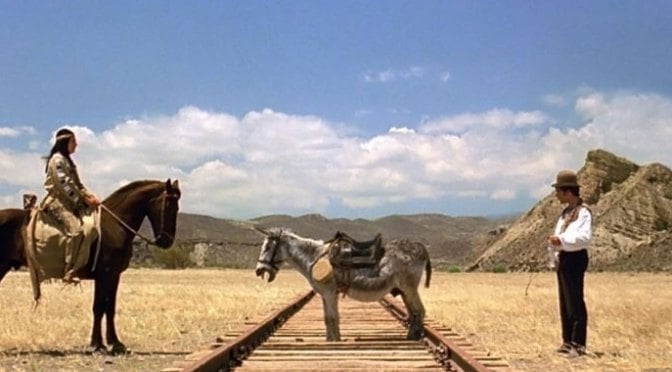 Charlize Theron is, as usual, a delight to watch. The role isn’t particularly demanding, but she works every angle with charm and sass in spades. Amanda Seyfried, on the other hand, is altogether forgettable in the role of Louise. She isn’t given a great deal to work with, but she doesn’t seem to play with the part, either.

Neil Patrick Harris plays the mustachioed Foy, owner and proprietor of the local mustache shoppe and wealthiest man in town, who steals Louise from Albert. Basically, he’s Barney Stinson with a mustache in 1882, stealing Robin from Ted on How I Met Your Mother. He is perhaps the greatest disappointment of the film, and the least innovative performance of the lot. I have no doubt Harris is a capable actor, but all this role exhibits is a comfort zone and a cash cow. It would be an immense disappointment to see him rest on such tired laurels in the future.

Giovanni Ribisi and Sarah Silverman, though hilarious, aren’t given nearly enough material to work with. This seems to be a recurring theme for all involved, except MacFarlane. When they are on screen as cobbler Edward and his whore girlfriend, Ruth, Ribisi and Silverman are on fire. Their subtle comedic timing is impeccable, and their gleeful naïveté is adorable, if a bit perverse. Silverman is hilarious as she recounts the exploits of her sex-filled day in revolting detail. Ribisi’s wide-eyed and stunningly supportive retorts are equally as shocking, affording them some of the most enjoyable screen time in the entire film.

In spite of its overlong runtime, underused actors, and generally underwritten characters, A Million Ways to Die in the West still offers up a good time. It has its shortcomings, make no mistake, but it’s far from a disaster. More than anything, it’s an overlong version of Family Guy set in a terrible place at a terrible time, where everything that isn’t you is trying to kill you. 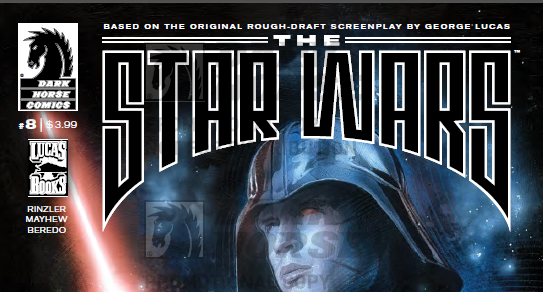 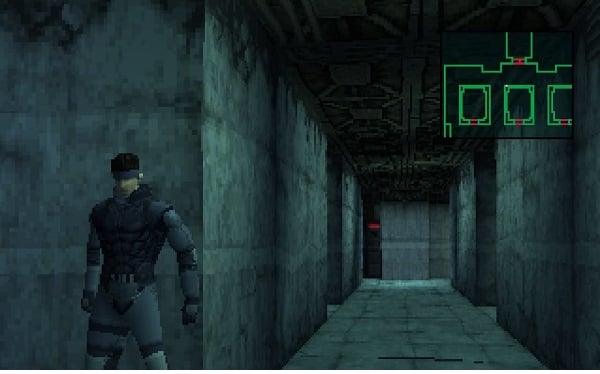