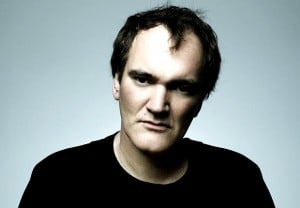 Quentin Tarantino is every video store clerk’s idol, and every film critic’s nightmare. Venerated by midnight movie buffs and Blockbuster cashiers for his unadulterated love of cult cinema, Tarantino has proved that a film school education is no match for passion, creativity, and kinetic energy.

Unfortunately for film critics, this has inspired every fuck-wit who slings cheap porn and kung-fu movies to make movies, too. And they do. Over and over again, with narratives fractured not by Tarantino’s idiosyncratic logic, but by attention deficit disorder and a screenplay written in misspelled jot notes. Pop culture riffs become masturbatory self-congratulations, odes to forgotten cereal brands and Western TV transformed into long, Dennis Miller-esque monologues footnoted with comic book references. Before you know it, every character in the film is sporting pimp canes, quoting Lee Van Cleef, and wearing vintage Thundercats t-shirts while the director audibly ejaculates off-screen at the force of his own geek-chic.

Thankfully, most of these films never make it far from the shitty pro-sumer DV camera tapes they were shot on, unless it’s to languish on YouTube alongside clips of Japanese girls dancing to Beyoncé songs. But every once and while, one of them shows up on DVD. Even worse, it gets there with “Quentin Tarantino Presents” on the cover.

Such is the case with Larry Bishop’s Hell Ride. Now, it must be stated that Hell Ride writer and director Larry Bishop is not a cynical video store clerk. He’s actually the star of many entries in the 60s/70s cycle of b-movie biker films. But judging from this film, which Tarantino produced, he might well be trying to pick up the girl with the nose ring who works at the Blockbuster near Hollywood and Vine.

This story of warring biker gangs follows Pistolero (Bishop), Comanche (Eric Balfour), and The Gent (Michael Madsen), three idiotically named gang members hunting for revenge against a rival gang fronted by Vinnie Jones and his valiant struggle to sound Southern. And if Hell Ride were intended to be a parody of Tarantino films, it would border on brilliance.

The narrative is comically non-linear, an arbitrary stylistic decision that serves no purpose other than to suggest the editor was paid in disassociative anaesthetics. We start at the middle, jump to the beginning, and end up nowhere, entirely too bored to bother reconstructing the plot. Everyone has retro-exploitation movie names, like ‘Billy Wings’ or ‘Dr. Cement,’ easily adaptable to either a porn movie or a white-trash nu-metal band playing the parking lot outside Ozzfest. The dialogue is all gruff, over-wrought catch phrases, like Snake Plissken reading the script from an episode of G.I.Joe. And the performances are stale, tired repeats of prior work, with Madsen and David Carradine, as rival gang leader The Deuce, simply reprising their work from Kill Bill. Even Dennis Hopper shows up, to remind us he was in Easy Rider.

Ultimately, Hell Ride falls into all the same traps as genuine Tarantino films, without any of the redeeming qualities. Though I have no doubt fuck-wits the world over will be inspired nonetheless.