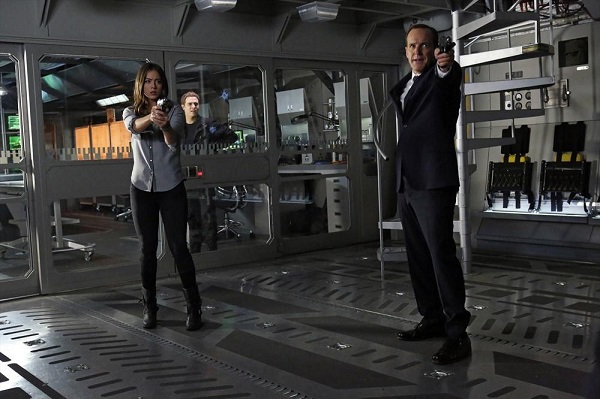 (Warning: After the jump, this review will contain spoilers for the film Captain America: The Winter Soldier.)

“Turn, Turn, Turn” is the first episode of Agents of SHIELD to directly tie in its full story with the events of the Marvel film, Captain America: The Winter Soldier. Unlike its last supposed tie-in with Thor: The Dark World in “The Well”, which takes place after the events of the film, the events of “Turn, Turn, Turn” take place in the same timeline of Captain America: The Winter Soldier. Without spoiling too much of the film or the episode, it is revealed that SHIELD is full of double-agents, and Coulson no longer trusts that May is on his side. Victoria Hand sends drones to take out Garrett, but Coulson takes out the drones with his sharp-shooting skills. After saving Garrett, Coulson makes his way back to the Hub with Garrett, Ward, Skye, Fitz, and May. Together, they formulate a plan to save Simmons and Triplett and then stop Victoria Hand, who they believe is the real Clairvoyant. As the saying goes, however, the best laid schemes of mice and men often go awry, and in Coulson’s team, there is at least one friend working with the enemy.

When Victoria Hand sends out the drones, Nick Fury has already faked his own death and Hydra is on the move. Coulson and his team are on the front lines in SHIELD, dealing with real danger and situations that have huge consequences in the Marvel universe. For that reason, the episode feels big and important, and the return of Saffron Burrows as Victoria Hand keeps us guessing everyone’s real allegiances. Burrows as the cold, bureaucratic Victoria Hand was really brilliant casting, and though the events of “Turn, Turn, Turn” make her return unlikely, I hope the writers find a comic-book-logic way to bring her back.

The MVP of the episode, however, is easily Bill Paxton as John Garrett. Paxton is having way too much fun on Agents of SHIELD, injecting the show with a somewhat self-aware humor, much like James Marsters as Spike on Buffy the Vampire Slayer. He gets in on the action with Coulson and the gang, but when his true intentions are revealed, he gives Coulson a big grin and a hearty, “Hail Hydra!” Fortunately, the end of the episode sets up more screen time and story for Garrett, so the writers know that more Bill Paxton will only help.

Agents of SHIELD finds its voice this week when it destroys the very foundation of the show, namely SHIELD. What lies ahead for the characters who remain? They will have to carry on and fight an enemy they believed was long-dead, and they will have to do it without the resources and safety net of SHIELD. It opens up a world of possibilities to the show, and I can only hope the writers keep their nerve and continue taking chances. If they can do it, Agents of SHIELD will be the show that fans wanted and waited for. 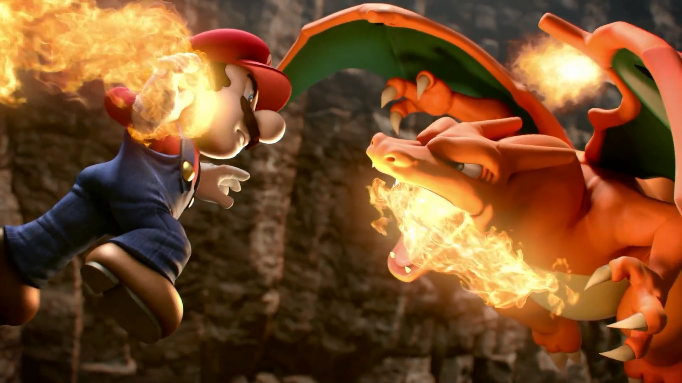 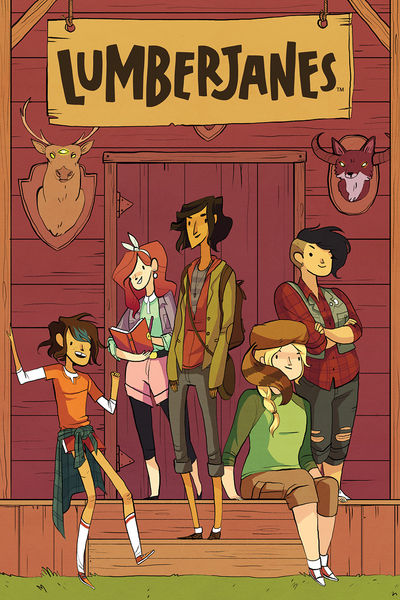