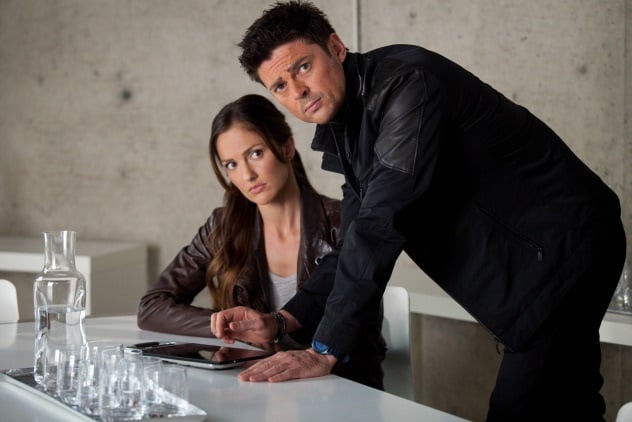 Almost Human‘s first season run has been an inconsistent series of fun and exciting episodes and moderately satisfying episodes, with the occasional installment of a wholly disappointing episode. “Perception” teeters between the extreme degrees when the spotlight shines on its greatest flaw: the sluggish advancement of its supporting characters and their backstories.

The investigation following the cold-open deaths of two students sets up a perfect opportunity to learn more about Minka Kelly’s character, Detective Stahl, but opts out in favor of exploring Detective Kennex’s past and uncovering more information about the Insyndicate ambush. The case and the events unfolding around it carry themes of revenge and inadequacy throughout the episode, drawing parallels between the murderer and Kennex and the victims and Stahl. Kennex’s search for answers by taking pills for his memory and visiting a shady “recollectionist” and the killer’s arduous efforts to salvage memories in order to seek justice emphasize the way their lives has been placed on hold in order to find answers about their own personal tragedies, leading to the case’s mildly predictable solving and a somewhat lightweight cliffhanger ending.

The continuation into the Insyndicate ambush investigation does add some nice details to the running mystery, mainly the addition of a lab tech willing to discreetly run evidence for Kennex as he finds more clues about his ex-girlfriends’s involvement with the criminal organization and scenes that highlight Kennex and Captain Maldonado’s relationship, one that gracefully dodges unnecessary drama by allowing Maldonado the benefit of being written as a the show’s only strong female character- perceptive enough to catch on to Kennex’s drug habit (before the side effects further endanger himself and Dorian) and bold enough to refuse to dance around the issue. With the extra pressure of internal affairs investigating Kennex’s relationship to his ex, Maldonado is sure to play an important role both as moral support and as a defensive witness when that subplot eventually picks up again.

Speaking of the show only having one strong female character, the secondary parallel between Stahl and the victims fails to connect on a deeper, emotional level when the episode plays out according to the show’s recurring avoidance of using Minka Kelly’s presence beyond the role of a glorified extra. The result is that of a disappointing string of supposedly Stahl-centric scenes. When it is revealed that Detective Stahl is a genetically-modified human known as a “chrome”, it is as if the episode itself was manufactured for the sole purpose of diving into her life story and giving viewers a solid basis from which to start sympathizing with her as a woman in what is clearly still a man’s world and as an extraordinary human being place in a position of little power that holds her back from accomplishing more with the gifts she posseses.

The scene where we learn about Stahl’s true identity is so fleeting and tonally dismissive of that revelation, that it hardly seems like an appropriate time to drop such a big character moment amid a story that clearly isn’t interested in giving any more details in the moment. The writing rushes through any and all scenes featuring Stahl, in fact, never allowing Kelly a chance to give a nuanced performance expected of someone playing a character with such a conceptually rich backstory. The interrogations of the other “chromes” and regular students, called “naturals”, utilizes Kelly’s presence to propose a possible in-depth character monologue, but withdraws the notion immediately.

The case of the two dead students also falls short of its potential, relying on typical procedural devices to move the investigation along, most notably a back-up log with a complete list of the suspect’s clients, which conveniently connects the dots in a timely manner. Stepping away from the mythology of robotics and the vanishing act performed by Dr. Vaughn in the previous episode, “Perception” uses what charms it has- Lili Taylor’s lovely interactions with Karl Urban, the use of hologram projections, and the consequences of Kennex’s drug use- to round out a story that threatens to fall flat in the face of a substantially less-engaging case than the show is capable of constructing along with weak character building that deserves a second chance. 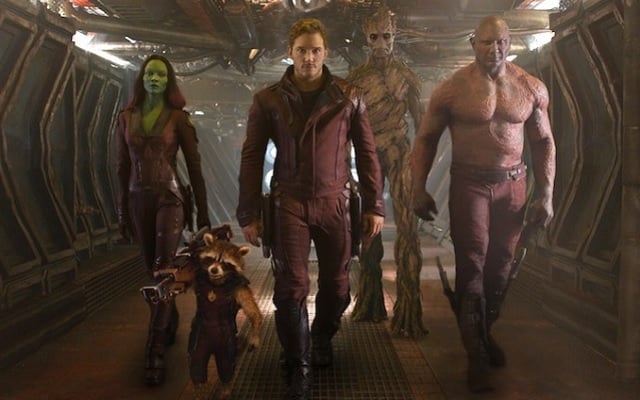