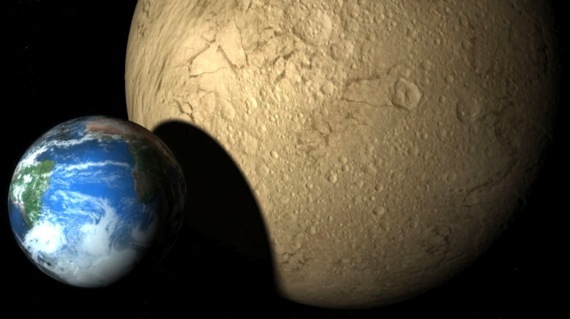 Let it be known that I have never been a huge fan of Lars Von Trier. Sure, I can recognize the talent that he has and his utilization of it when making films, though it may or may not bring him a certain amount of arrogance. But I can also recognize that it oftentimes just isn’t my cup of tea.

But with Melancholia, I found something different. Something so different, in fact, that in sitting down to write this review I’m really not quite sure of how to approach it. I normally find myself perfectly capable of sorting out my thoughts, weighing what’s worth mentioning and what isn’t, and making it coherent and able to flow decently enough. But as I sit here typing this out, I’m finding that now, even a couple days after seeing it, my thoughts refuse to organize.

I want to tell you just what Melancholia is, but I can’t focus on just one genre. Is it a drama? Yes. Is it science fiction? Yes. Is a dark comedy? Yes. Is there even a little romance thrown in there? This could be debatable, but I’m going to go with yes. But how can I settle on just one, or even two, specific things? Or better yet, why should I? The film itself doesn’t seem to want to make a final decision, and frankly, it shouldn’t have to. In its refusal to be conventional it finds one of its greatest strengths. It gives you the opposite experience of the characters, though the road still leads to utter devastation.

But now that I’ve got that out of the way, what do I move onto? I suppose this could be a good time to actually dive into a bit more detail about the story itself. But I feel like after just one viewing, to talk fully about what did and didn’t work on this aspect would be doing everyone a grave disservice. To the naked eye things may appear simple enough, but with Von Trier it never is. In the first hour alone, there’s a wave of potential storylines hurled at you, and this is before any verbal mention of a rogue planet. It’s so layered and involved, I dare not talk about it.

But is it even about the story? It seems to me like this is a film of character, a story about them rather than what’s happening around them. And much like with the story, I find it difficult to talk about. Because it isn’t too often that you find yourself face-to-face with a film that has almost no likeable characters. Not that this is a bad thing; in Melancholia’s case it’s utterly brilliant. Every character seems to be the personification of a negative emotion, their relationships and interactions representing their volatile mixtures. Much like the story, they’re layered, and much like the story, to weed them out and break down the focus after just one viewing would be performing a grave disservice.

And then there’s the damn planet. That friendly-looking planet that everyone talks about and the film is even named after. What is it? Sure, we all know what it is in the physical sense, but what is it in the metaphorical sense? It could be the representation of the two-faced nature of the universe, a sign of changes to come, or the foreboding embodiment of doom for a little life-filled planet that’s proven that it has no business existing. It seems to mean something different to every character, and that could very well be the point. The planet represents whatever you wish it to represent. So in that case, I can’t apply meaning to something that has no true meaning to begin with.

In the end, I think the most honest review I can give is to strongly suggest seeing it. Experience it, feel what I feel, and then make your decision from there. It will most certainly not be everyone’s cup of tea, and it’s highly unlikely to be an enjoyable experience for anyone. Maybe you’ll love it for that, and maybe you’ll hate it for that. Or maybe you’ll head in for round two immediately after finishing it up.

But make no mistake, see it.