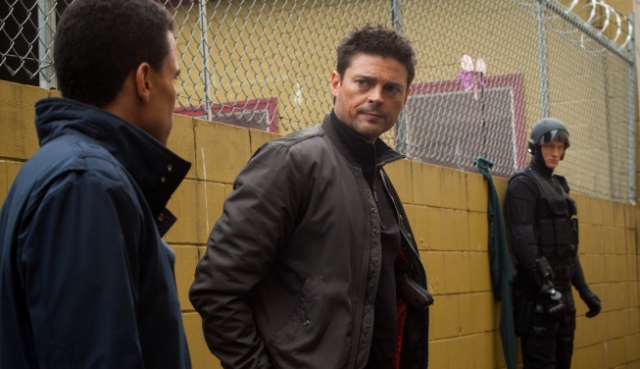 Attaining a reputation of originality is the ideal achievement for any form of art or entertainment. Television in itself has reached a state of creative diversity like never before, challenging the traditional television writer to surpass a standard of excellence higher than previously expected or demanded by audiences. Almost Human aspired to the greatness of modern television, offering  a stylish new procedural with futuristic cases and explosive twists; however, the immensely appealing visuals and sound comical touches couldn’t quite make up for the scattered character development and inconsistent build-up of the season’s biggest mystery, resulting in an anticlimactic finale that takes for granted the potential that remained untapped for most of the thirteen-episode run.

“Straw Man” marks the end of the show’s uneven first season broadcast. Whether or not this was intended to serve as the show’s finale is doubtful, as it neither answers nor even addresses recurring questions raised from the pilot onward. The episode is structured like any other: from beginning to end, it’s a solid hour of investigative discoveries and imaginative technological creations. As a mid-series episode, it would be just fine, but as a season finale on which the future of the show is dependent for success, it is disappointingly ordinary. The inclusion of a backstory for Kennex’s father benefits Kennex’s own character development so minutely that it doesn’t seem necessary in such a pivotal episode. For the last hour of the show’s first year season, the most the episode offers is a decent case with yet another status update on Kennex and Dorian’s relationship.

The episode acknowledges the current state of Kennex and Dorian’s relationship in the form of a performance review of Dorian’s work for the precinct, confirming that Kennex has come to terms with the partnership and relies on Dorian not only for assistance, but for enjoyment in his own work. It’s a very obvious attempt to ease any concerns viewers might have about the permanence of their professional arrangement, even working as a permanent bookend in the event of cancellation.

The last few moments of the episode leave so much to be desired. It’s almost as if the writers themselves didn’t realize how good of a mystery they had set up in the pilot, refusing to advance the story in favor of small-scale storytelling. Regardless of its procedural structure, the show had just enough engaging elements to give it a strong start. If only it didn’t feel the need to stick to the safety of withholding information that would have made the world more intriguing and the supporting characters more relatable and interesting.

In retrospect, the show’s biggest misstep was introducing too many ideas that it could not promise to follow through with in the time given. Whether or not each mystery was thoroughly explored and resolved, the blatant neglect of the loose strands remains the most frustrating and disappointing aspect.

Upon its uncertain return, Almost Human has a lot of explaining to do. In order to improve its overall shaky seasonal arc development, it must use the material it started with and elaborate on the things that viewers are actually interested in. Things like the disappearance of John Laroquette’s character behind The Wall and the reasons for its construction are both exceptional starting points for the series to begin anew. If the show would only focus on what is already on the table and not continue adding more pieces to a messy puzzle, it would be all the more fun and distinct in contrast to the vast selection of existing dramas with which it began competing, ultimately falling short of the goal to be the year’s original standout. 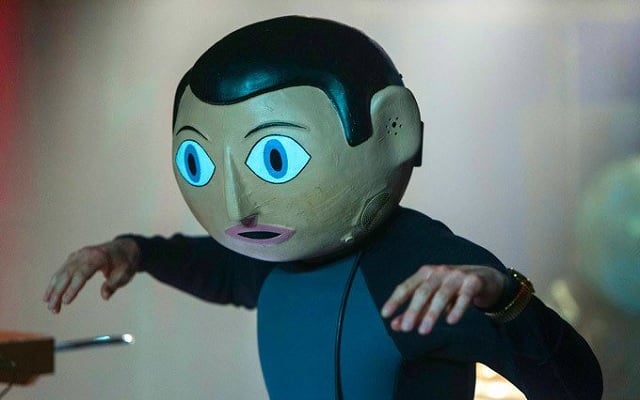