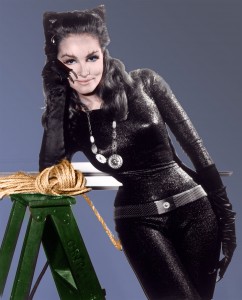 Julie Newmar is, of course, the one, the only, the original and best Catwoman, starring in the 1960s TV cult classic series Batman!

But an interview with her for SOS by a short(ish), badly dressed, nerdy man with a Ph.D? Well … if my name were Leonard, I would adjust my glasses and stress about our height difference; if Raj, I would become mute; if Howard, I would hit on her at once; and if it were Sheldon, then I might just faint.

However, if, in an alternate universe, I was a freelance journalist interviewing her for, say, a men’s magazine such as Loaded, I would write that

We met when she tapped me on the shoulder at the patio bar of the Chateau Marmont Hotel on Sunset Boulevard.

She is a very leggy and tall – 5ft 11in (1.80m) – lady, who began her acting career in Hollywood in the 1950s, playing seductive, dancing slave-girls (including a golden one, who clearly inspired Susan Oliver’s green Orion one, Vina, in Star Trek, guys.)

She clawed her way to world fame with Batman! in 1966, modifying her slinky black Catwoman costume, now kept as a national treasure in the Smithsonian Institution, by wearing the belt on her hips instead of around her waist to emphasize her hourglass figure (38in-22in-38in; 96cm-58cm-96cm). 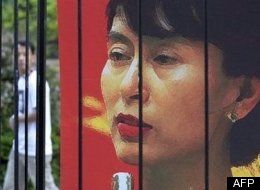 Over a glass of wheatgrass and spirulina and several pints of Guinness (health-drinks are mandatory for celebs in LA – if only the barman had offered me either one), we agreed that Angelina Jolie should have played Catwoman in The Dark Knight Rises.

All this took place in an alternate universe, obviously. But what did happen in this one is that Ms Newmar very kindly agreed to let me interview her from her home in Los Angeles by email.

Q: Hi Julie. Who, apart from yourself, do you think is the hottest woman on the planet today?

A: Aung San Suu Kyi. Her picture is facing me in my office as well as a Banksy image of a resistance fighter with ‘we are you’ 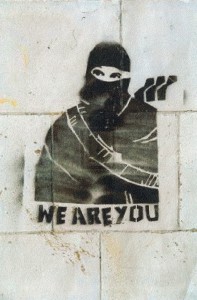 written beneath. There’s also a picture of my Swedish grandmother Julia Jesmer.

Q: (For the record, Suu Kyi is the Nobel Peace Prize-winning Burmese democracy campaigner who was kept under house arrest for 15 years by Burma’s military junta.) Julie, can you tell us more about your Swedish grandmother?

A: She was beautiful, blonde and blue-eyed, and owned her own business making baked goods which she carried around in a basket and sold in the neighborhood. This was Seattle 1910.

Q: Your birthday is 16 August, which makes you a Leo, the perfect sign for a feline femme fatale. (I am a Leo too, by the way.) Do you think there is any truth in astrology? Seriously.

A: Certainly, if you have a good astrologist.

Q: Your father was a head of department at Los Angeles City College and your brother, John, is a Harvard Ph.D. Did you ever consider an academic career yourself?

A: No, I’m right-brained, an artist and self-taught.

Q: By 1953, you were playing Hollywood slave-girls, an unusual career move for a classically trained ballerina. How did your parents react? 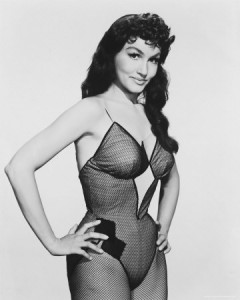 Q: In 1956, you played Stupefyin’ Jones in the stage version of the hit musical Li’l Abner on Broadway and then in the 1959 movie. Even though you had no spoken lines and only appeared on stage for about 90 seconds your performance was, literally, stupefyin’ from a male point of view. How did it change your life?

A: The producers posted a seven-foot-high poster of me in front of the theater. I suppose somebody noticed.

Q: In Batman! you had clever scripts, a fantastic character, and great on-screen chemistry with Adam West. Was it as much fun as it looks today?

A: It was totally the top-notch level of camp.

Q: Do you think, looking back now, that playing Catwoman was a good career move or not?

A: The bikini was black and white and it belonged to my mother.

Q: In 1969, you co-starred with Zero Mostel in a film comedy titled Monsieur Lecoque. Is there a story behind this never-released movie, Julie?

A: It’s spelled Lecoq.* There were too many producers.

Q: I have a theory that good actresses relish playing ‘bad’ women. For example, Marlene Dietrich in The Blue Angel, Barbara 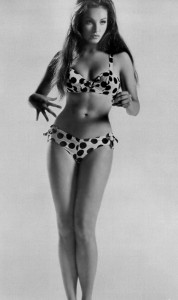 Stanwyck in Double Indemnity, Faye Dunaway in The Three Musketeers, Anjelica Huston in The Witches and Angelina Jolie in Beowulf. Catwoman is a comic-book femme fatale. Did you ever wish for a really evil role such as Lady Macbeth?

A: Not Lady Macbeth, but it was fun to play a sassy, well-rounded character like Catwoman.

Q: Who is your own favorite, perhaps if not classical, then maybe ‘bad girl’ (in whatever sense you choose) actress?

A: I always loved Carole Lombard.

Q: Julie, today you are an author, a businesswoman, and, I believe, a keen home gardener. Which gives you greatest pleasure?

A: Everything. To be creative is the kiss of life.

Q: I have read that you once had a legal dispute with one of your LA neighbors, the actor James Belushi. Would you describe yourself as ‘feisty’, which, ‘sexist’ though it may be, in my neanderthal vocabulary is still intended as a compliment? 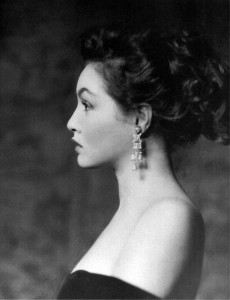 Q: Have you been mentioned in The Big Bang Theory? I’m still watching Series 4 so I’m a little unsure. (If not, I’m sure you will be.) Do you watch the show?

A: Naw, I love all those characters on Downton Abbey.

All photographs courtesy of Julie Newmar 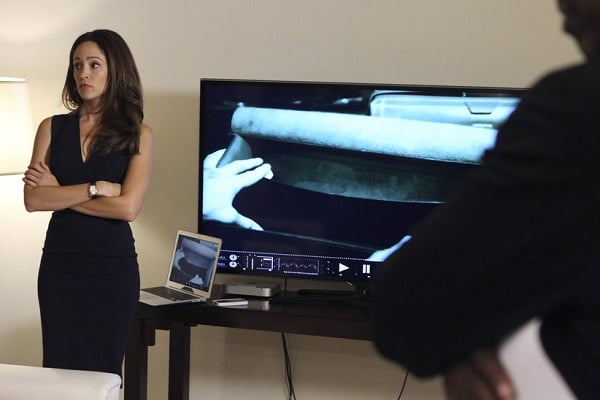