“Aquarius”, former film critic Kleber Mendonça Filho’s second feature film starring Brazilian screen legend Sonia Braga, had quite an eventful Cannes premiere yesterday with the film’s crew taking out printed A4 sheets with slogans against President Rousseff’s impeachment while mounting the red carpet staircase. This was met with applause inside the Grand Théatre Lumière, that continued once the “Aquarius” crew made their entrance into the theatre still displaying the Dilma support slogans. 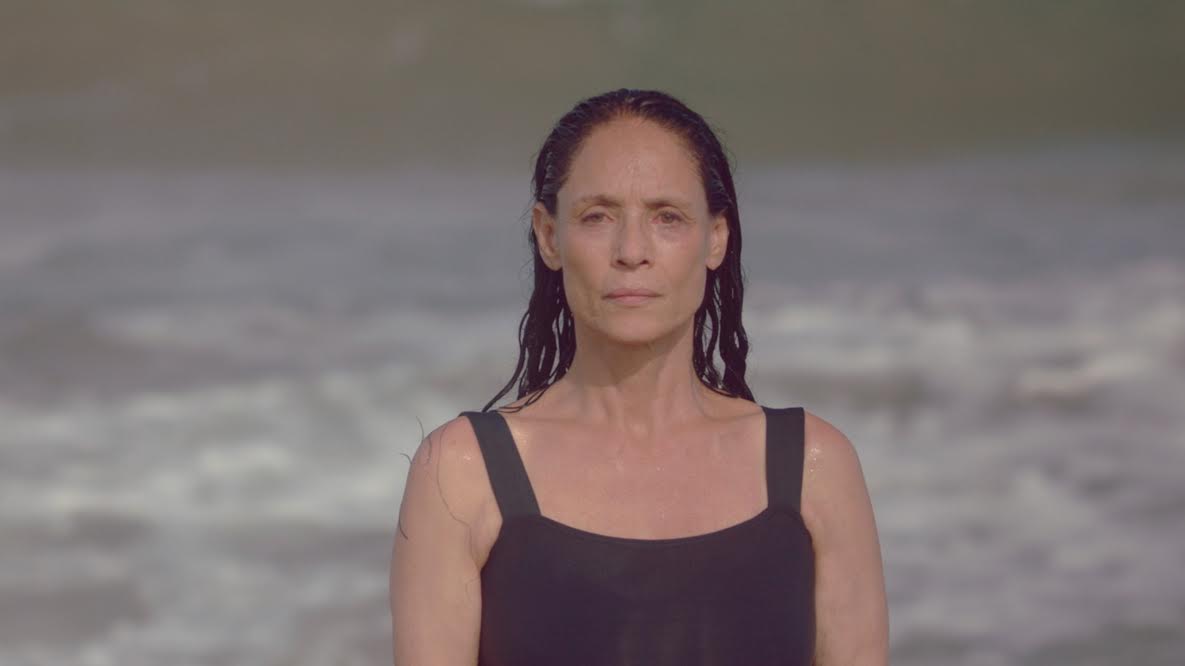 “Aquarius” stars Brazilian veteran Sonia Braga as retired music journalist/writer Clara, living a relaxed beachfront retirement in a seaside building named “Aquarius” in the posh part of Recife’s coastal strip. Most of the neighbours have left the ageing bourgeois building, their apartments having been bought out by a powerful property developer who plans to raze the “Aquarius” and build a high-rise apartment building similar to the ones sprouting along the coastal avenue in its stead. Clara is the last hold out, rejecting a generous purchase offer and proclaiming her intention to die in her apartment both to the harassing property developer Diego (superbly nuanced, smilingly menacing Humberto Carrao) and to her own three children. Upon her refusal, the building company engages in a subtle campaign of harassment and intimidation intended to force Clara out. Seemingly unintentional incidents such as an orgy in the apartment above Clara’s, a church assembly in the building, culminate in a deliberate termite infestation.

After the generous applause for the film crew and the schoolboy admiration with which festival director Thierry Frémaux introduced Sonia Braga, I went into the film wanting to like it. And indeed, the one standout aspect of “Aquarius” is Sonia Braga’s character, whose side we virtually never leave. Running at 2h 20min, a majority of screen time is taken up by admiring close-ups and medium shots of Clara dosing, walking to and from the beach or dancing around her apartment to music clearly beloved of the filmmaker. All this is aesthetically accomplished: Braga is indeed a statuesque muse-like presence, the epitome of old-school classy sophistication and as such is the ideal personification of the film’s central premise. “Aquarius” is a nostalgic manifesto against the relentless encroachment of modernity (with multiple reference to mp3 music and Facebook) over an almost bygone past where music was better (Mendonça Filho seems to be a fan of Queen and Villa-Lobos, as well as Brazilian jazz, treating us to voluptuous sequences of Clara savouring their music), relations between people were not constantly mediated by technology and life had a more human scale (all the building’s children played in the courtyard and nobody locked their doors).

In addition to the wistful soundtrack, the film’s cinematography does justice to the prettiness of the Recife coastline, the impeccable interior design of Clara’s apartment, and Clara’s own divine sensuality (the director seems particularly fond of her luxurious hair, focusing on it scene after scene) even as she’s definitively entered old age. What more suitable trope, then, for the nostalgia over the past’s beauty than casting a stunning beauty past her prime. 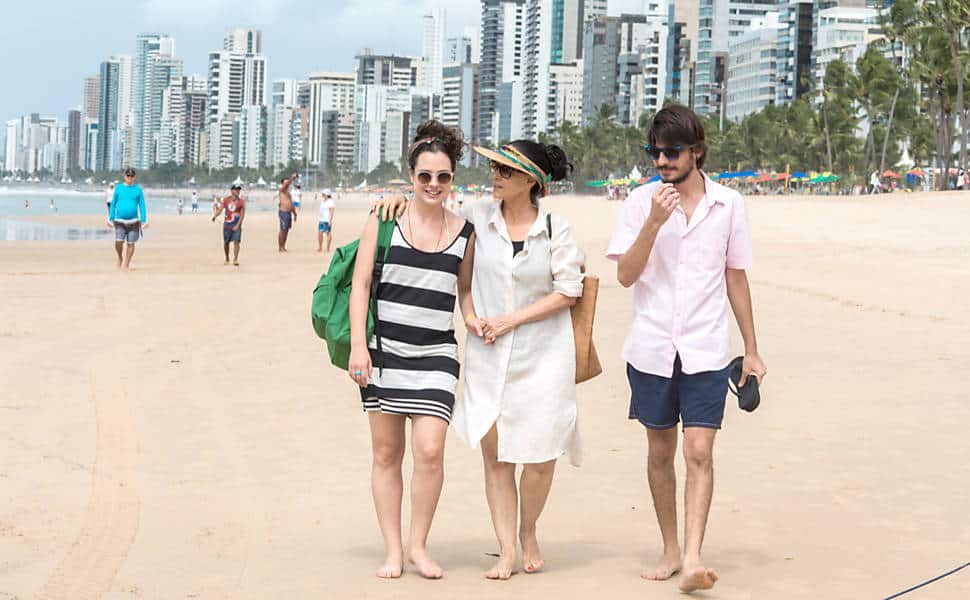 The downside of “Aquarius” is that the plot appears somewhat watered down shifting its focus between the thriller aspects, the music tributes, and the never-ending homage to Braga the actress. So it ends up looking like the film is trying to convey too many things at once and in the process relaxes its grip somewhat. There are unwarranted sequences involving minor characters of no import to the main plot (such as the nephew and his girlfriend, or the maid’s birthday), as well as a fortuitous encounter with a former colleague who lets Clara in on some compromising archives that could help her case against the construction company even though he is apparently involved with them, that is borderline credible. I get the sense the end result would have benefited from trimming down some of these extraneous episodes and instead writing up the harassment sub-plot.

Even so, “Aquarius” remains sensuous, classy and difficult not to enjoy.