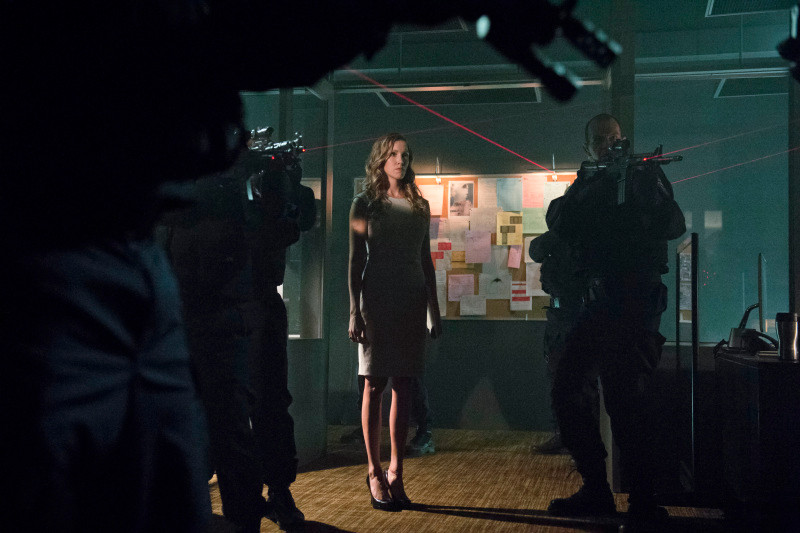 “Broken Dolls” is a perfect litmus test for the ‘new’ Arrow we’ve seen the last two weeks: it brings back the baddie-of-the-week structure of many season one episodes, pulling a one-off psychopath from the DC archives to send Arrow (we can call him that now – thanks, Q-dawg!) on the hunt, causing everyone around him to question the morality of his violent actions. But where season one’s episodes failed on a multitude of levels (from creating an interesting bad guy, to the hackneyed romantic subplots) to make these contained stories interesting – only succeeding when they found an interesting nugget of serialized drama to throw on top – season two’s first BOTW episode shows just how much the subtle tweaks to Arrow have improved the show dramatically, a entertaining and dark hour with the creepiest mini-villain purged from the inked pages of the DC Universe, The Dollmaker.

Simply put, The Dollmaker is a creepy motherfucker – and Arrow uses him like Buffalo Bill Lite, a crazed man obsessed with the timeless perfection of the human skin. While I could do without another bad guy who purposely tortures women instead of men, writers Mark Guggenkeim and Keto Shimizu do a great job making The Dollmaker more than a creepy cardboard fixture: once he’s murdered someone while on the phone with Quentin, it sets a new bar for Starling City psychos – and smartly, plays into the show’s own mythology, revealing The Dollmaker (a character transported by the writers from his normal home in Gotham to Starling City) to be the serial killer that nearly drove Lance crazy after the death of his daughter.

Yes, the similarities to The Following (yuck) and Hannibal (hell yeah!) are undeniably obvious: but Arrow uses it as a framing device for the Lance family, a father and daughter both forcing themselves to believe something out of regret or vengeance, for decisions completely out of their own control. Like Quentin’s guilt in season one over losing his daughter, Laurel (lamely, as always) makes Tommy’s death about herself, reflecting her (completely unnecessary) guilt towards Arrow, blaming him for the death of the man she (only kind of) loved. Ok… some of the background story behind the many emotions of the Lances in “Broken Dolls” suffers from being season one material, but “Dolls” patches things up where it can, reconciling the relationship between Quentin and Arrow (and by proxy, Arrow and Laurel), using The Dollmaker’s own seemingly insane advice to good use. “It’s the imperfections that make them sublime”, he says about a woman’s skin, but it’s a concept that also applies to family: it’s a broken, fucked up family the Lances and Queens both have: but it’s their families, a set of (often violent) idiosyncrasies that make it undeniably their own beautiful monster.

It’s a concept that quietly applies itself in other areas of “Broken Dolls”, some of them much more subtle than the often ham-handed emotings of Quentin and Laurel (seriously: if these two people don’t spell things out by the letter to each other, they really can’t get anything accomplished in their relationship): we see Moira willing to accept the death penalty if it will keep her family whole. When it comes to flaws, she’s got the grandparents of them all: not only did she look the other way while 503 people were murdered, but she looked the other way while Merlyn and his shadowy Triad wiped out her husband and Sarah Lance, something she’s desperately trying to keep buried from her family. She wants to keep things as “perfect” as they can be while she’s still breathing – but the darkness always comes to light, and our past never lets us go until we finally come to terms with it.

Moira should have a conversation with The Canary: the episode’s closing mishmash of scenes between the island and two two hideouts of Starling’s ‘heroes’ reveals a very interesting nugget about our new heroine. She’s tied up with the m#(&*$*^&’in League of Assassins, (see: Batman Begins and Liam Neeson’s stringy beard) a group of people who most certainly live up to their name in sheer evil badassery. It seems she used to be an affiliate (the man who hunts her down is clearly there for her to return, something she makes pretty obvious) of the LoA, and doesn’t quite want to be found by them while she’s taking up the mantle of Bad Guy Murderer in Starling City (Arrow’s new go-to move is to sever the shoulder blade muscles of all his enemies). It’s only a tease in this episode (and gives us the first few lines of dialogue she’s had so far), but with episode five titled “League of Assassins”, I’m assuming we’ll get some more information on this soon.

The thematic continuity through “Broken Dolls” sets it head and shoulders above its season one counterparts (the Count, anyone?), despite its cheesy Laurel emotions and over-explaining at some points (not to mention using the “obsessed cop” cliche for good measure). It remembers that Arrow is not just a show about one man, but a number of families struggling to stay together, be it in Starling City or halfway across the globe (our little island clan gets bombed and imprisoned on a boat, not that anyone really cares). Most importantly, it proves that “City of Heroes” and “Identity” are not a fluke, and Arrow will (hopefully) be able to deliver the goods, even when it’s not focused entirely on overarching narrative.

– (me dancing on a table because Arrow appears to have made the leap this season).

– Just kidding: the Canary comes out of nowhere to save Arrow from the police at the opening of the episode. Kind of a crappy way to turn the ending of “Identity” into a red herring (how did she find him exactly?) – but again, it feels just like something a comic book would do. Just like the Dollmaker said, it’s all about the soul, baby.

– in a way, I like some of the hammy emotions in “Broken Dolls”: season two’s aligned itself so much closer with comic book personality and tone than it did in season one (which was purely pretty muscles and exciting moments), from the quip-laden dialogue, to better one-and-done baddies, to the closing reveals.

– Arrow’s speech about seeing what side Canary is on is followed by a cut to the prison boat. Are they trying to paint Shado to be a traitor again? Can we please not repeat the Yao Fei crap of season one? The island material still isn’t great, but there’s been less of it, which certainly helps.

– Moira is so relaxed, it creeps me out.

– Slade says Shado is a woman “of many talents.” Oliver knows a little about that (wink, wink).

– another parallel I quite enjoyed: Laurel and Quentin were both trying to justify their vendettas a lot in this episode. Feel familiar to anyone we know back in season one, with a little book that had a symbol on it?

– WTF is the Bisque Museum? A museum of famous bisques made around the world???

– Felicity: “They took themselves offline… Seems someone hacked into police systems a lot last year.” 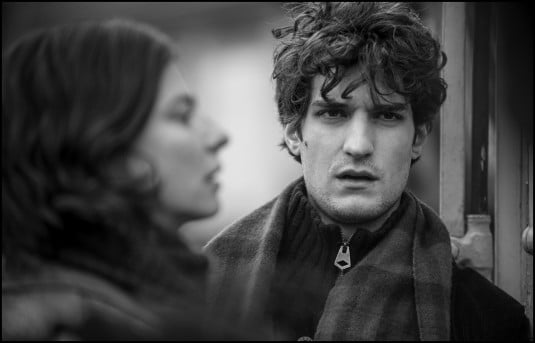 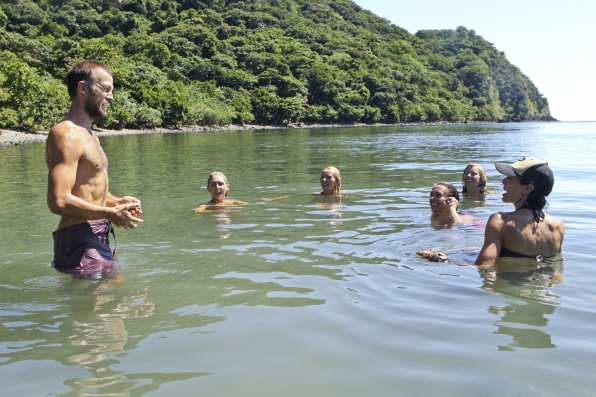