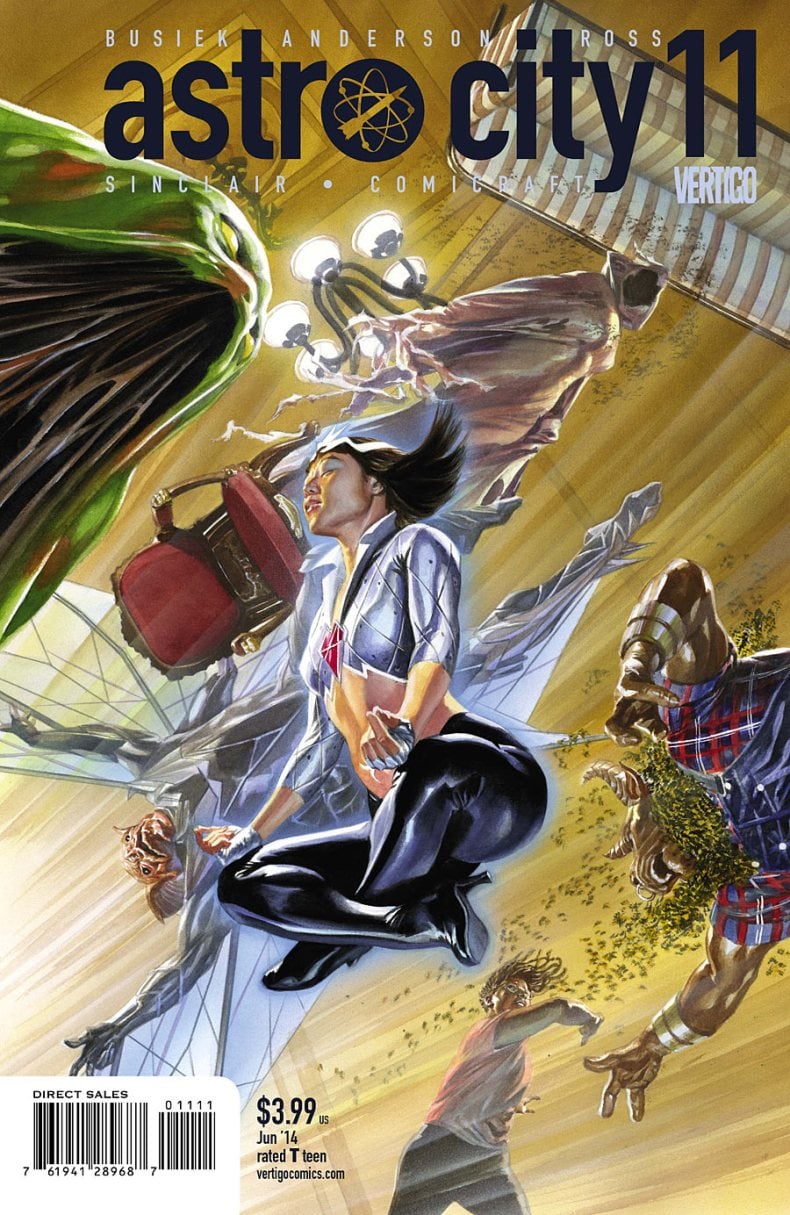 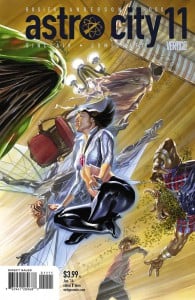 Astro City is a book (and a city, for that matter) populated largely by archetypes. While there are a few wholly original heroes and villains dotted about like bacon bits on a good pizza, for the most part what we get are thinly veiled variations on characters we already know. This is because Astro City is more concerned with the world and the normal people in it than the brightly colored people who fly about it in their longjohns, who for many stories are just set dressing. Astro City #11, once you get to the heart of it, is about Doctor Strange and Wong. Oh sure, they’re both women in this version, but it’s very hard to write a story about an all-powerful, mystically appointed champion of light and their hardworking but under-appreciated personal aide without it ultimately being about Doctor Strange and Wong. But once one gets over that simple fact, Astro City #11 reveals itself to be an excellent comic, simple but effective, even if it’s ultimately playing one of the series’ more well-worn numbers.

The protagonist of the issue is Raitha, assistant and secretary to the Silver Adept. She is Dr Strange with a more exposed midriff and no rocking ‘tache. In the course of a day, Raitha sorts the Adept’s appointments and tasks for the day, which usually involve ancient tomes and grimoires, magical beings, glowing runes, and people with hard to pronounce names who frequently use words like “rune” and “grimoire” more than most people.

The issue is classic Astro City fare: a normal, everyday person trying to live their daily life in a world where things like a minotaur with a beard of bees and what appears to be a giant tumor monster are normal, everyday things. There’s a conflict to be overcome, an important mystical event Raitha must sort out by herself, but for the most part the issue is a slice of life yarn, establishing Raitha’s background and taking us through her daily life.

Because of this, the issue is hardly remarkable, and pushes the series in no new or interesting directions. Rather, it feels akin to a well-practiced guitar player effortlessly belting out an old favorite they could play in their sleep, a joy and comfort to listen to even after all these years. After the hero centric, epic Winged Victory storyline of the last three issues, Astro City #11 feels like a breather, a return to a normal pace and mood, and a welcome one.