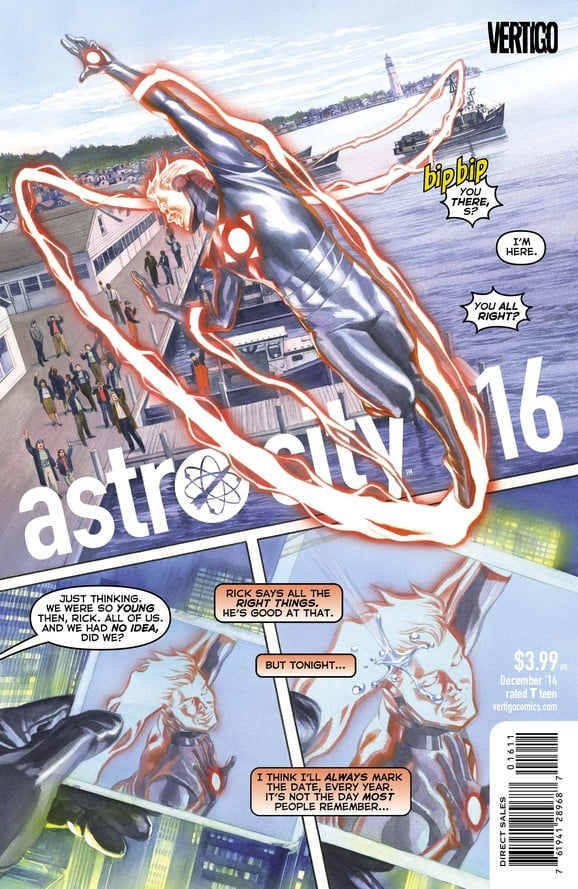 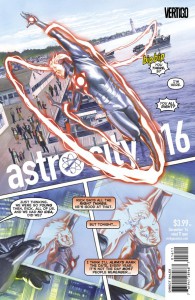 A good twist can make a good comic, just as easily as it can make a bad comic worse. Thankfully, Astro City issue 16, entitled Wish I May… has the latter kind of twist, one that makes an already strong comic even better. Of course, the problem this presents is that it makes it extremely difficult to talk about the comic and what makes it interesting without giving away the surprise, which is why this review will sadly have to come with Spoilers…

Moving away from Astro City‘s normal setting, issue 16 takes readers to a small American town with its own homegrown hero, Starbright, and its very own villain, Simon Says. The action mainly concerns Simon Says offering Starbright a deal, that Simon will use his genius intellect to help Starbright fight crime for a day in exchange for a rare chance at human interaction, presented in flashback by Simon’s high school friend Ricky. That’s only half of the story, however, the rest of which will have to be (partially) left a surprise. 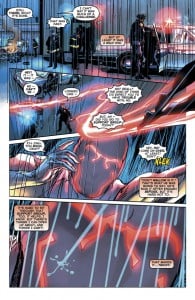 The first thing that may grab readers about Wish I May…is the cover, which also acts as the first page of the issue, in keeping with Vertigo’s “DEFY Covers” theme for October. It’s an interesting and fun new twist on what is unfortunately an area of comics not known for innovation. The more interesting turn, which again sadly cannot be discussed without a warning for Spoilers is that Simon Says is revealed (after one or two hints) to be LGBT, his anger with the world motivated in part by his feelings of isolation and the bigotry he suffered at the hands of bullies who recognized him as different before even he himself did. LGBT characters, both heroes and villains, are thankfully becoming more common, and the twist about Simon’s orientation feels well-conceived, one that further informs us about his character, rather than a shallow grab for sensationalism.

While it may not be the strongest issue of Astro City in recent memory, these two turns, both interesting and well implemented without being too earth-shattering, make Astro City issue 16 stand out from the pack. Busiek and co haven’t delivered a dull issue yet, and hopefully won’t start anytime soon.