Home
Entertainment
Awkward., Ep 2.12: “The Other Shoe” wraps up the season in fine form
Prev Article Next Article 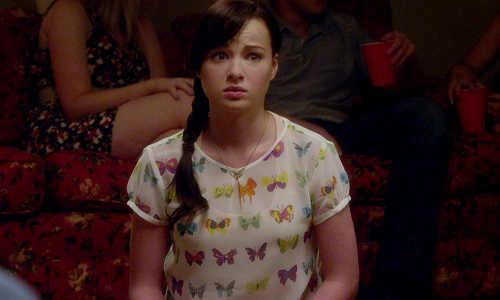 A path of unexpected success and luck can always leave individuals used to things not going their way more than a little nervous. The idea that something immense and catastrophic is right around the corner is an unshakeable feeling, and waiting for that often prevents individuals from enjoying the moment, or making rational decisions. With the constant troubles that have plagued Jenna Hamilton from the moment she received the care-frontation letter, and even prior to that, it stands to reason that she’d react to good luck in a less than enthusiastic manner, waiting for the other shoe to drop. The final episode of the season examines how Jenna reacts to good circumstances, and imparts some interesting lessons along the way.

This episode took a very interesting approach with Jenna; in what initially seemed like an odd twist for the character, a normally independent and mentally capable woman, Jenna shelved her own interests in favour of spending time with Matty,  arranging all her plans around his. While this initially seemed like a jarring and unnecessary alteration to the character, all of Jenna’s decisions and the rationale behind them was nicely balanced out by the fact that every other character encouraged her to pursue things independently. Rather than make this a problematic aspect of this episode, already crucial due to being a season finale, having the other characters unanimously encourage Jenna to live her life on her own terms turned it into an interesting character decision instead, one that is likely to resonate through next season. 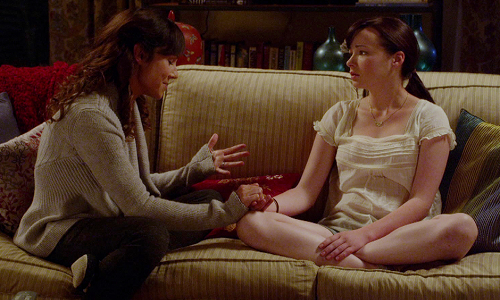 The deterioration of Sadie’s relationship also provided a nice juxtaposition to Jenna’s re-blossoming relationship with Matty. While the demise of their affair was well-forecasted from the moment it began, it was still satisfying to watch, and allowed for the further humanisation of Sadie. With both Sadie and Lacey having moved away from the antagonistic role this season into something more complex, it will be interesting to see how Jenna’s relationships with the two get developed further as the show progresses, and whether someone steps into the now seemingly empty role of Jenna’s nemesis.

Overall, this episode was a fitting way to wrap up the second season. While the onset of the Tamara-Jake romance was somewhat of a low point, due to the sudden nature of it and the eradication of the possibility of a platonic male-female relationship  between the two, something the show continues to lack. The indecision that cast a shadow over the season’s final scene, while promising to perpetuate a love triangle that ostensibly had been laid to rest, added an interesting dimension to the whole storyline by having the source of the conflict in Jenna’s mind be something concrete like shared interests, rather than continuing to build on nebulous or intangible ideas like affection, a shift that will help in fleshing out the characters further if continued. There’s a lot to look forward to in Season 3 of Awkward., and while the overall season was not without its hiccups, it remained a joy to watch throughout.